How cool he is! Transform into a master assassin with this Jacob Frye getup! This exclusive three-in-one costume includes a trench coat with synthetic leather detail, an attached printed vest with an attached neck scarf to complete the look. Shirt, pants, girdle with pouch, belts, gloves, gauntlet, leg band and boot covers are also included in this Syndicate Jacob Frye Assassin's Creed Cosplay Costume. You'll impress everyone at the party when you rock this Jacob Frye costume!

Jacob Frye (1847 - Unknown) was a British Assassin active in London during the Victorian Era, and the younger twin brother of Evie Frye. Born in a time when the Assassin Order in London was at its weakest in over one hundred years, alongside his sister, he is the protagonist of Assassin's Creed Syndicate. Jacob Frye is the son of British assassin Ethan Frye.

Dress as your favorite Assassin's Creed character with this officially licensed costume! Featuring his signature look from the games, this costume is perfect for looking like Jacob Frye! 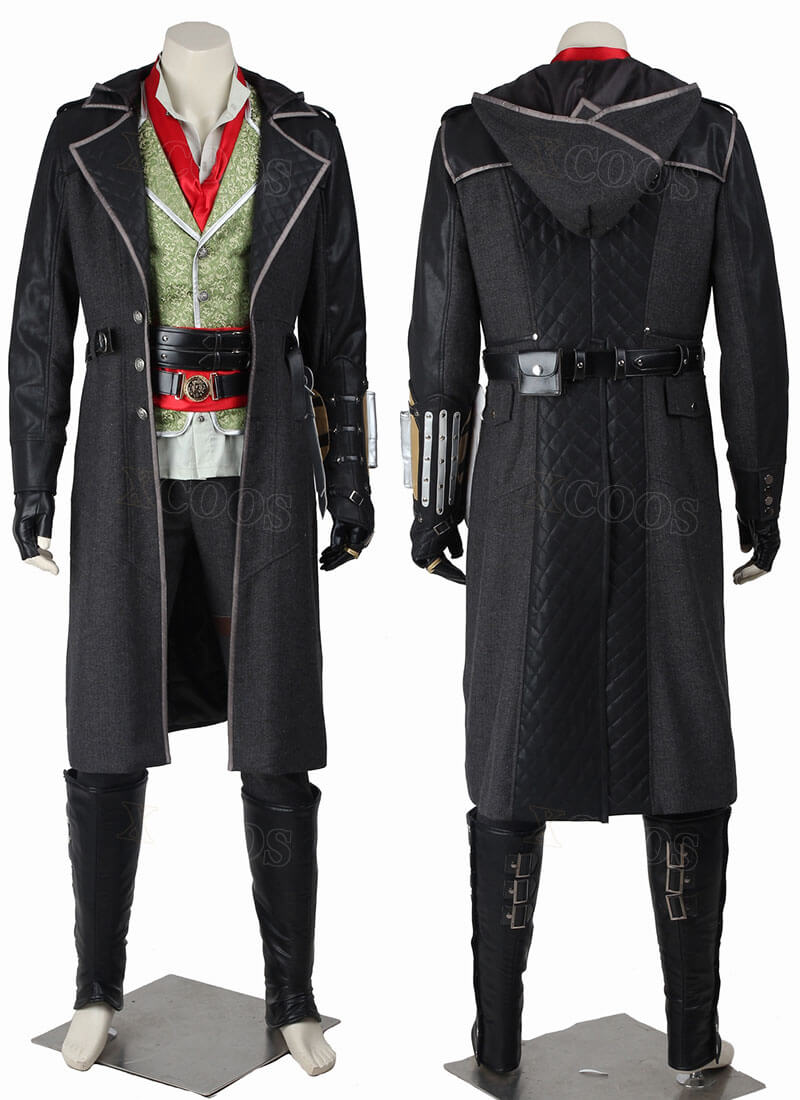 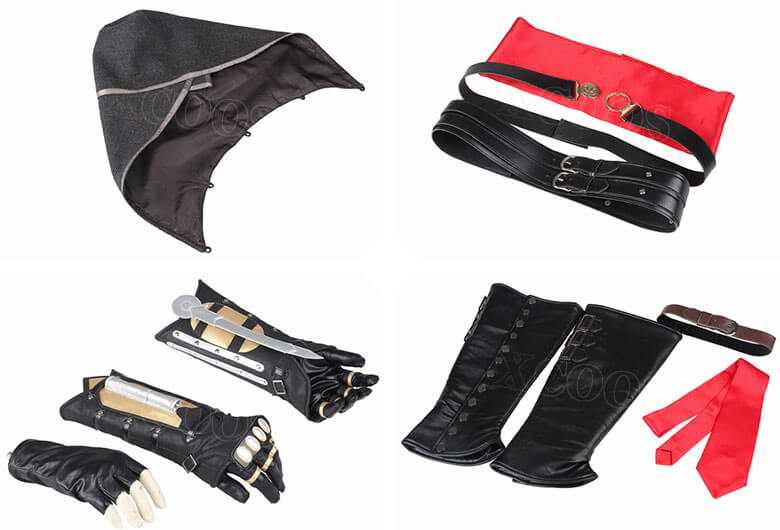 Very accurate, though it's darker than the in game coat.

Usually I don't write reviews to every product I bought but this time I have to. So my goal was to replicate the look of the Jacob Frye character as good as possible for a relatively low price. During my research I found the usual China sellers costumes which are mostly made of cheaper materials. I wasn't expecting too much of this product but was pleasantly surprised when first opening the package and trying it on. Everything fits wonderfully and I don't have to alter anything. The material is definetely much much better than the average carnival costume material! It really feels heavy and very well manufactured.
It is a must for everyone who wants to replicate the look of the game but can't afford custom made costumes from good materials.

We are having a theme parties. so I spent a LOT more money for it, it did fit well and is comfortable enough to wear.Then the accessories, the accessories is fantastic, the details are spot on! It is all so well constructed, and truly looks AMAZING!!!