Nowadays the game is already an important part of life of many people, when we come home from work, we can spend a little time on playing video games to eliminate fatigue from work, what’s more, those various costumes that game characters wear can bring us a little joy and pleasure to some extent, and above all, if you’re a fan of cosplay, sometimes cosplaying those game characters can help us open a door to another new world. So today I’ll talk about some great zentai suits design in games, don’t miss it. 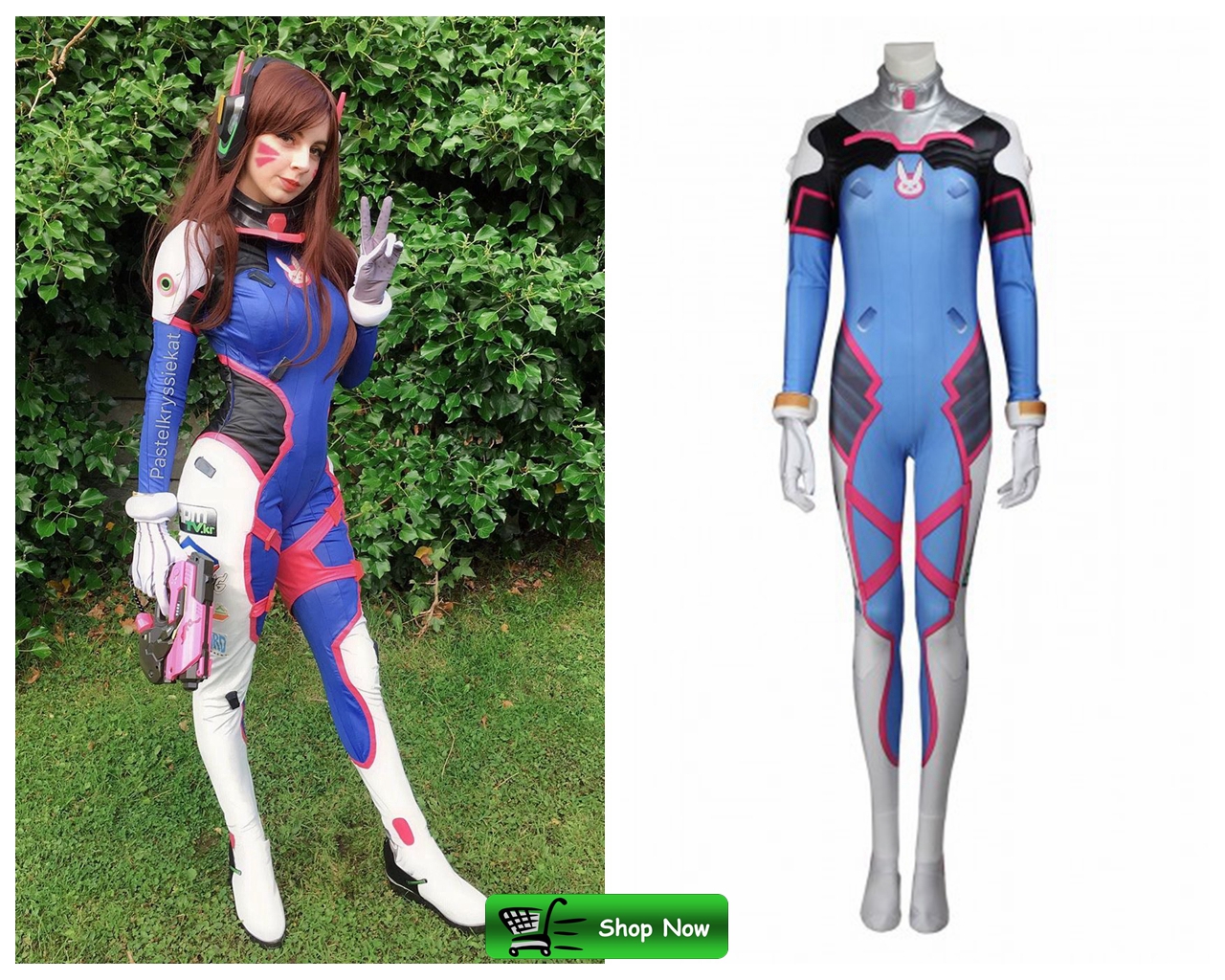 D.Va is one of the heroes in Overwatch. She is a former professional gamer and a mech pilot who is participating in her country’s special force to combat a colossal Omnic’s devastating invasion. D.Va’s mech is nimble and powerful—its twin Fusion Cannons blast away with autofire at short range, and she can use its Boosters to barrel over enemies and obstacles, or deflect attacks with her projectile-dismantling Defense Matrix or blast her enemies with her Micro Missiles. 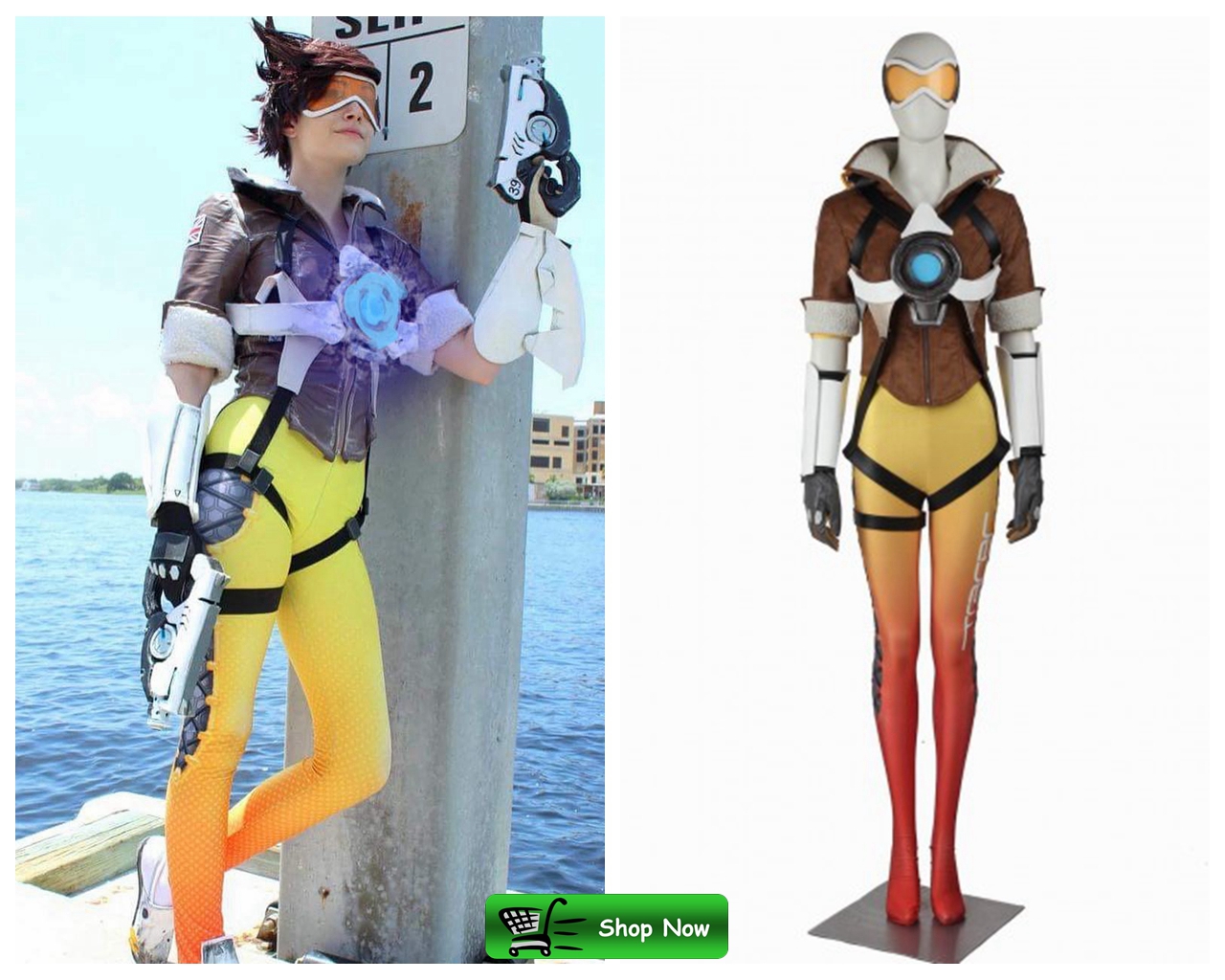 Tracer is one of the heroes in Overwatch. She is a time-jumping adventurer who is always willing to fight for the virtuous in the face of her life-threatening chronal disassociation condition.Toting twin pulse pistols, energy-based time bombs, and rapid-fire banter, Tracer is able to “blink” through space and rewind her personal timeline as she battles to right wrongs the world over. 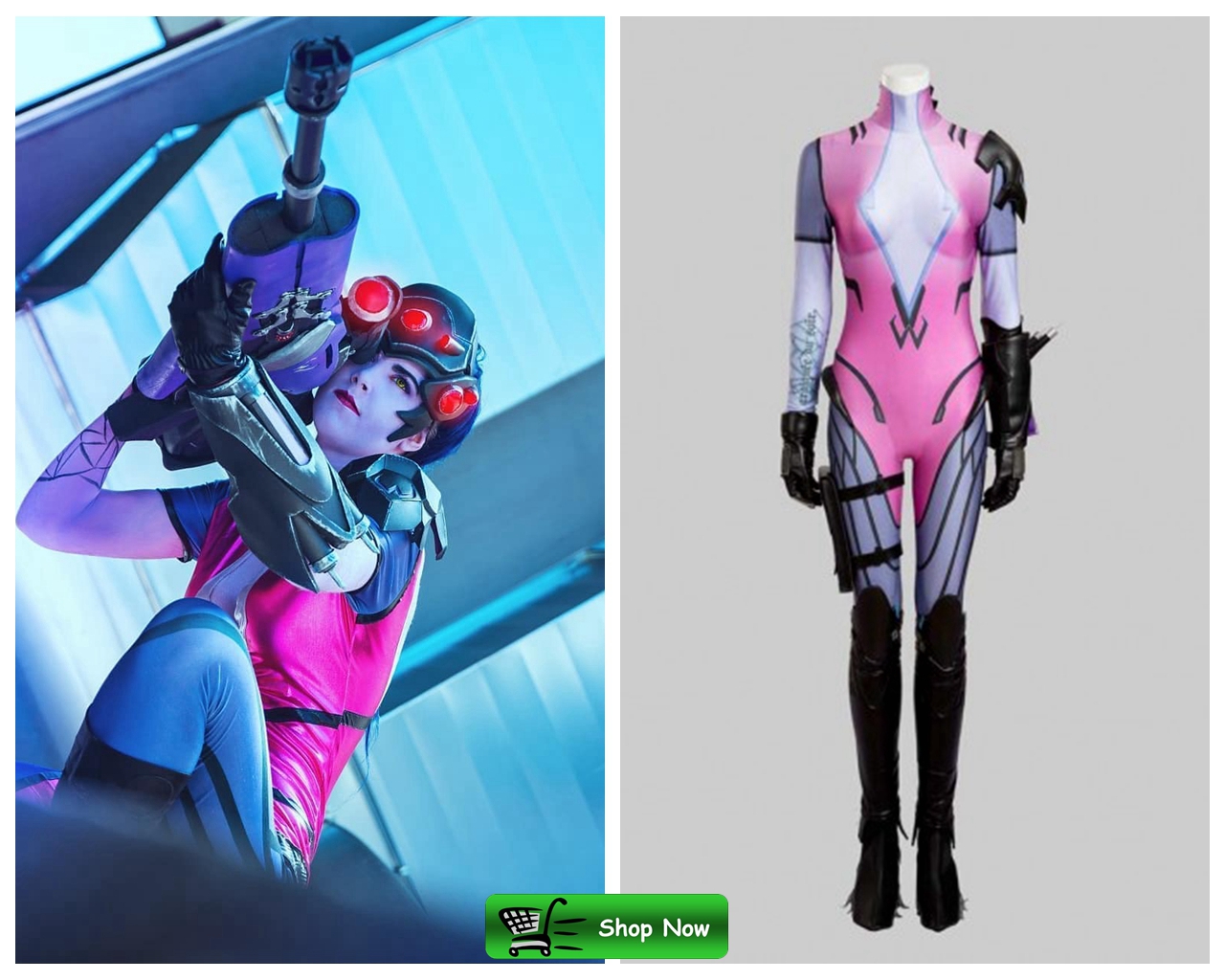 Widowmaker is one of the heroes in Overwatch. She is an assassin who possesses no emotion except for the satisfaction of her targets’ elimination.Widowmaker equips herself with whatever it takes to eliminate her targets, including mines that dispense poisonous gas, a visor that grants her squad infra-sight, and a powerful sniper rifle that can fire in fully-automatic mode. 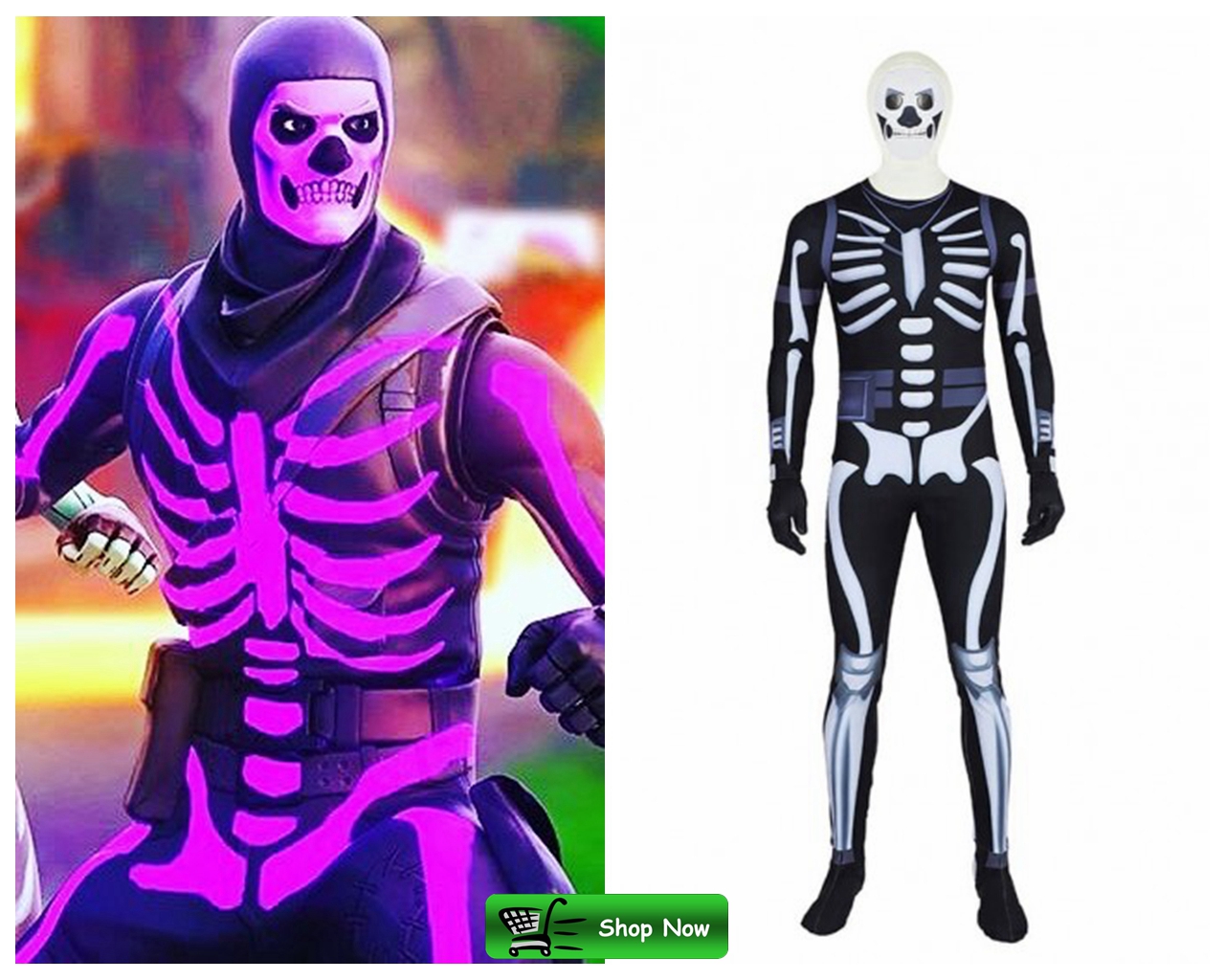 Skull Trooper is a cosmetic item in Battle Royale that could be obtained from the Item Shop in October and November 2017, originally costing V-bucks icon.png 1200 V-Bucks. It returned to the item shop on October 10, 2018 for V-bucks icon.png 1500 V-Bucks with a green variant and a purple variant for original release owners. Skull Trooper Challenges, a set of challenges were given to owners of the skin in Patch 6.02 Players that completed the challenges were awarded with Ghost Portal Back Bling. Skull Trooper is the only skin to have their description changed excluding grammar errors. 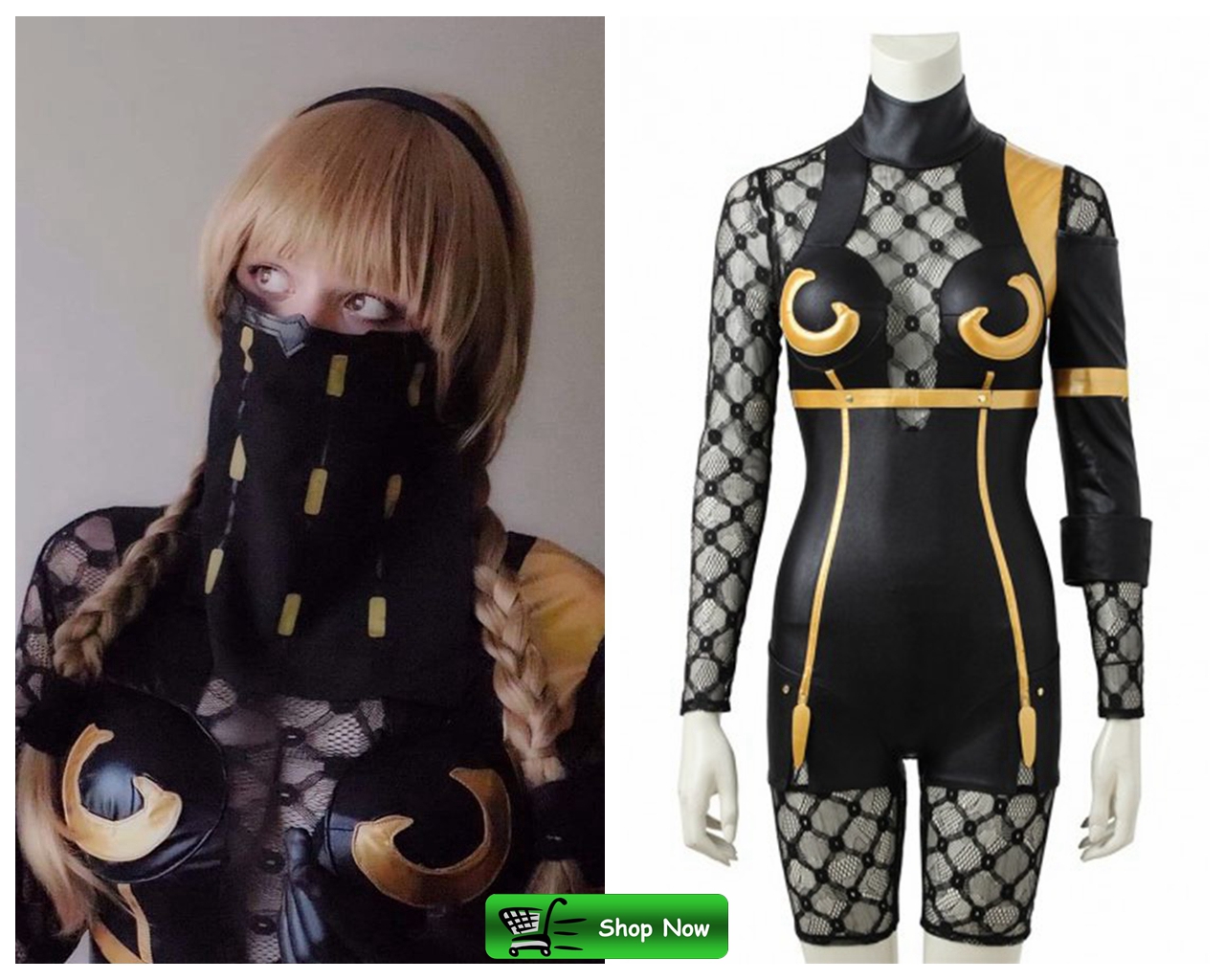 Operator 6O is an android communication operator permanently stationed at the “Bunker”. As with other operators, her duties include sending directives to the YoRHa soldiers on the field as well as information analysis. Though her physical appearance is near identical to her fellow operators, she wears braids in her hair as a physical distinction.

Operator 21O is an android communication operator permanently stationed at the “Bunker”. Her duties include sending directives to the YoRHa soldiers on the field as well as information analysis. Personalities slightly differ between units. 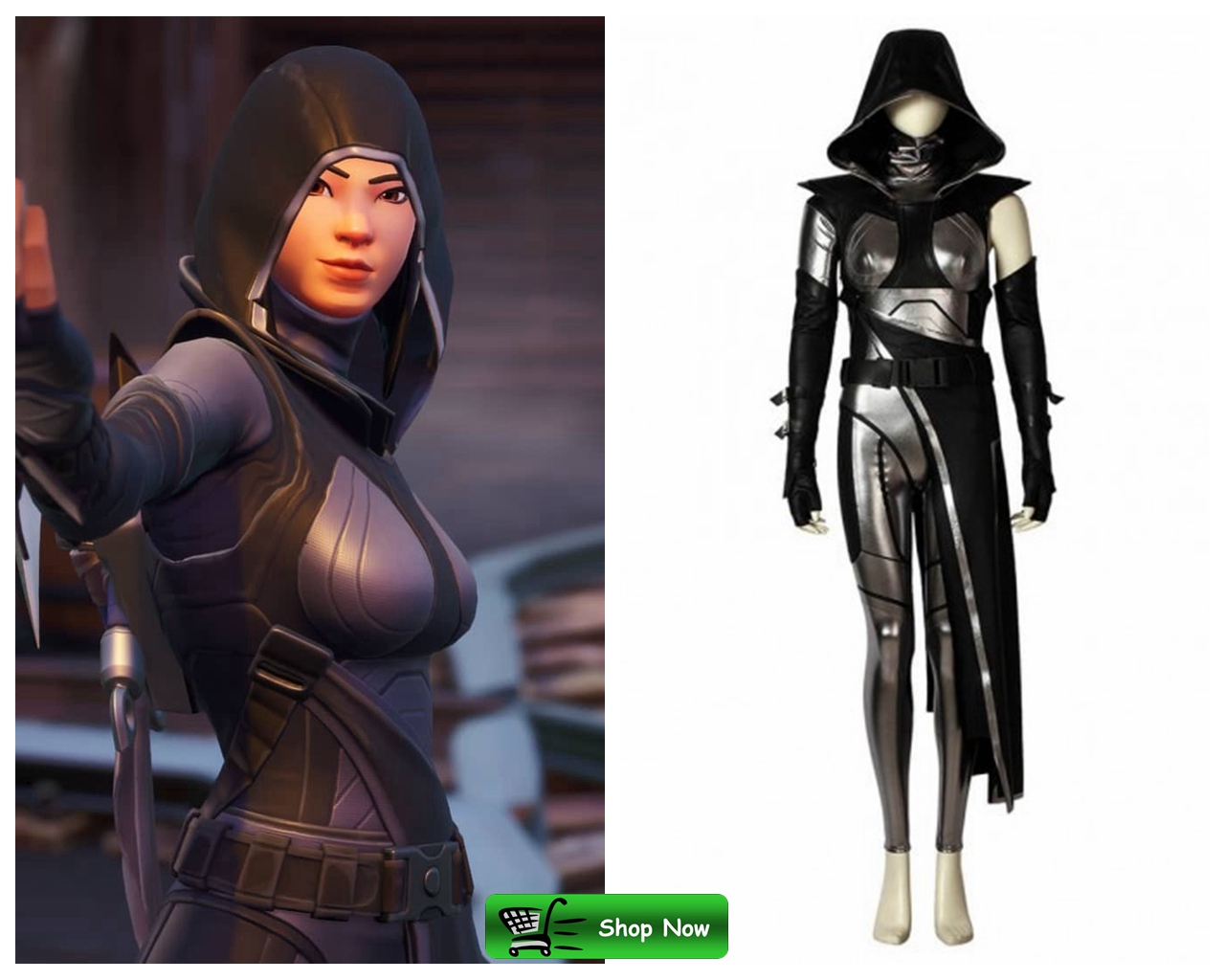 Fate is a Legendary-rarity Outfit from Battle Royale which can be obtained from the Item Shop for 2,000 V-Bucks. 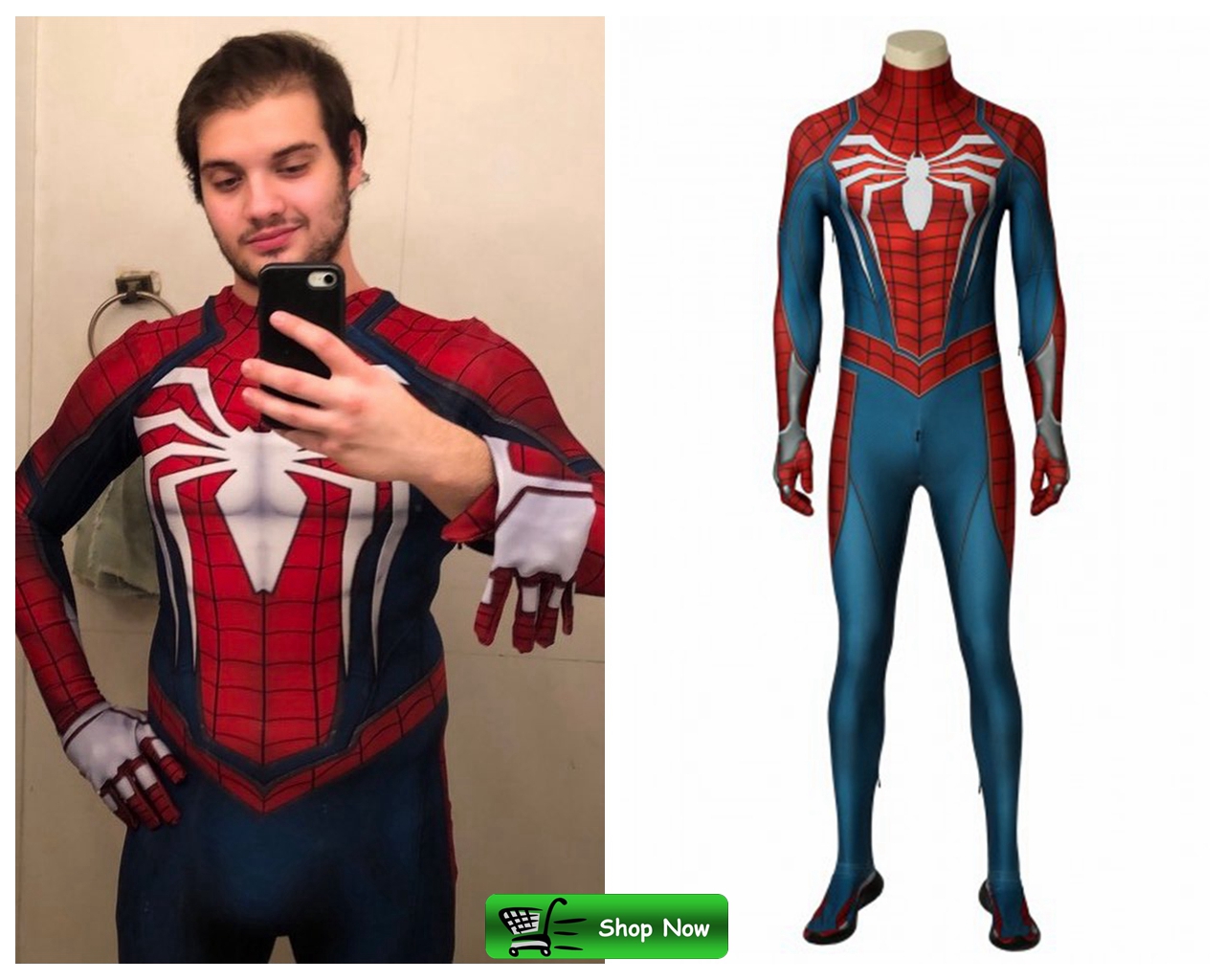 This is the primary suit made by Insomniac that’s been shown all through the game’s release cycle. Unlike the typical Spidey costumes, this one isn’t spandex; Insomniac drew inspiration from athletic wear for the costume that players spend most of the time wearing during the story. 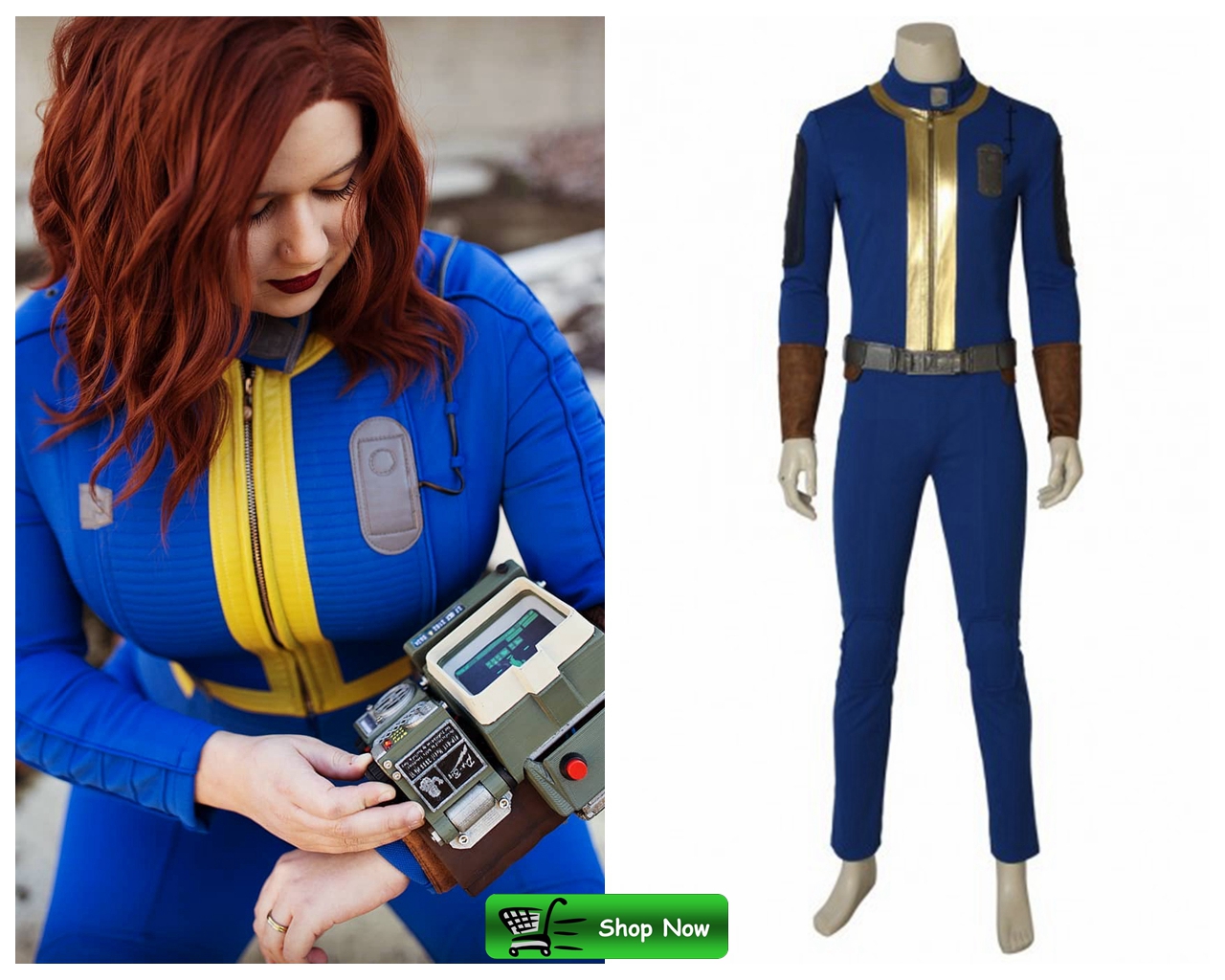 Fallout 76 is a multiplayer online game developed by Bethesda Game Studios and published by Bethesda Softworks. It is the newest installment in the Fallout series (ninth overall) and was released on Microsoft Windows, PlayStation 4, and Xbox One on November 14th, 2018. 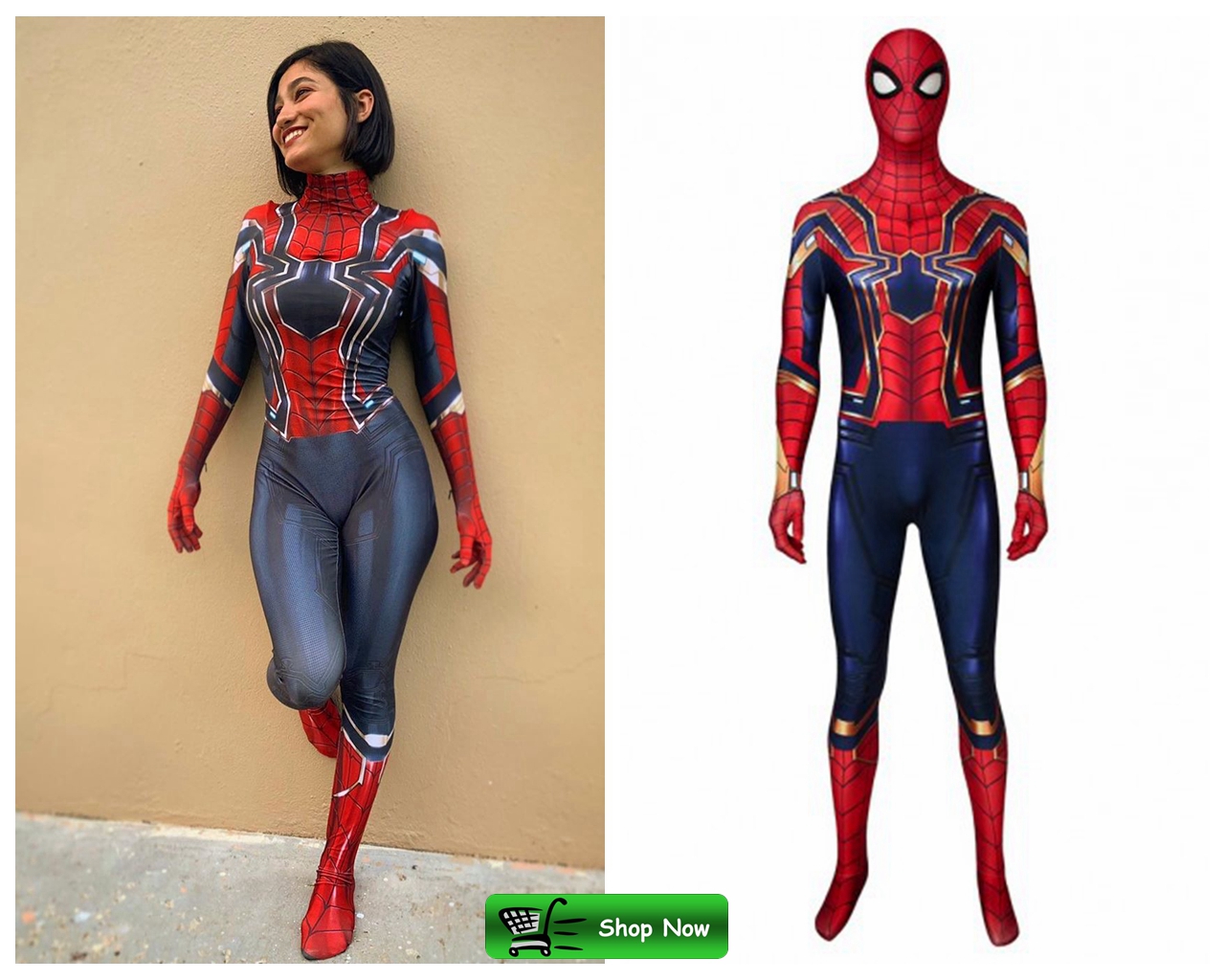 Though it draws the name from the iconic red and gold armor from Marvel’s 2007 Civil War arc, the Iron Spider suit is inspired by Peter’s shiny new outfit in Avengers: Infinity War. As in the film, the game’s outfit will shoot out mechanical spider arms to give some extra reach. Maybe this time the armor will feel so good. 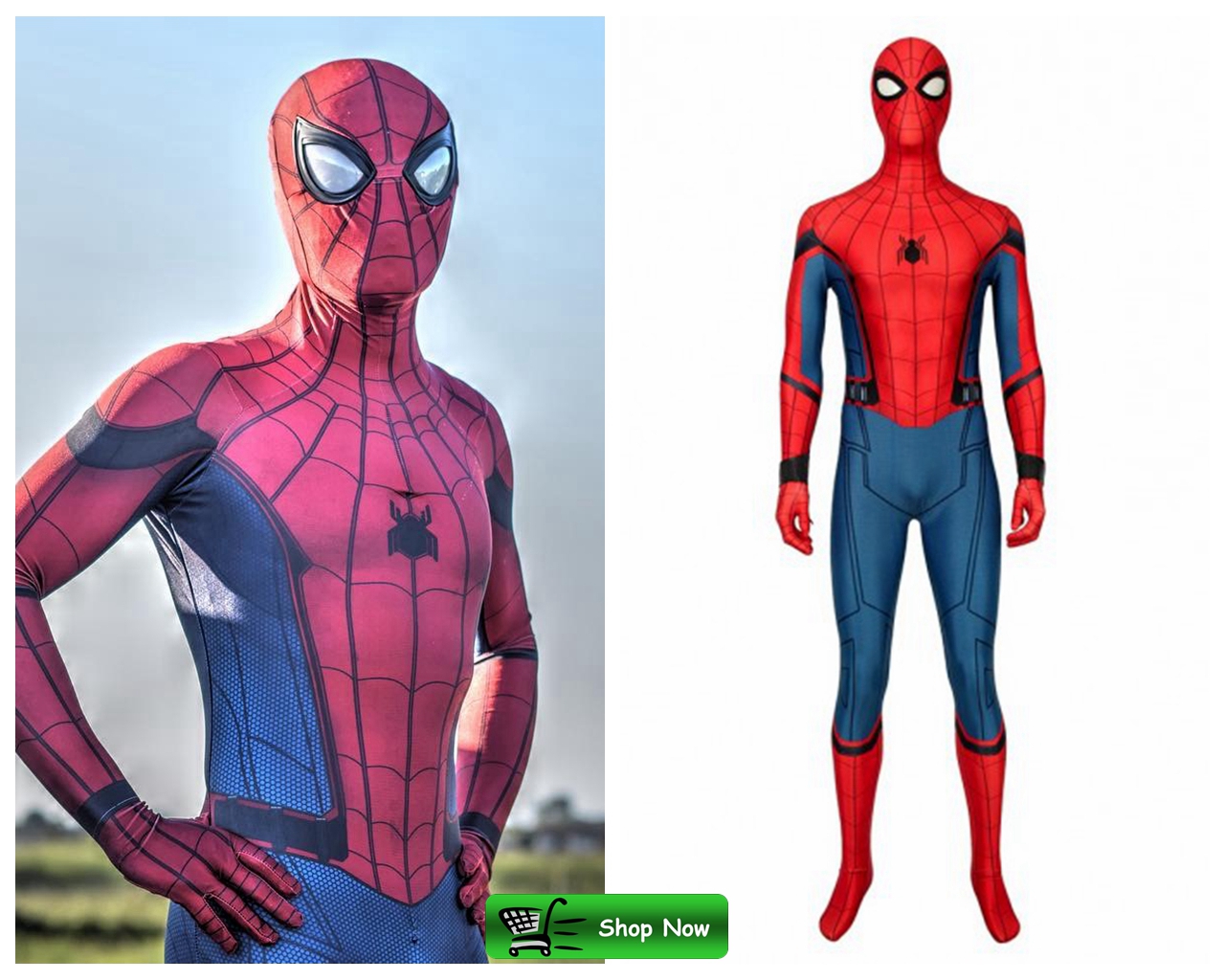 Tom Holland’s Peter Parker debuted into the Marvel Cinematic Universe with Civil War, with a fresh new suit courtesy of Tony Stark. While it’s tricked out with tech in the films, the most important part is that the eyes were finally able to retract and expand, just like in the comics. 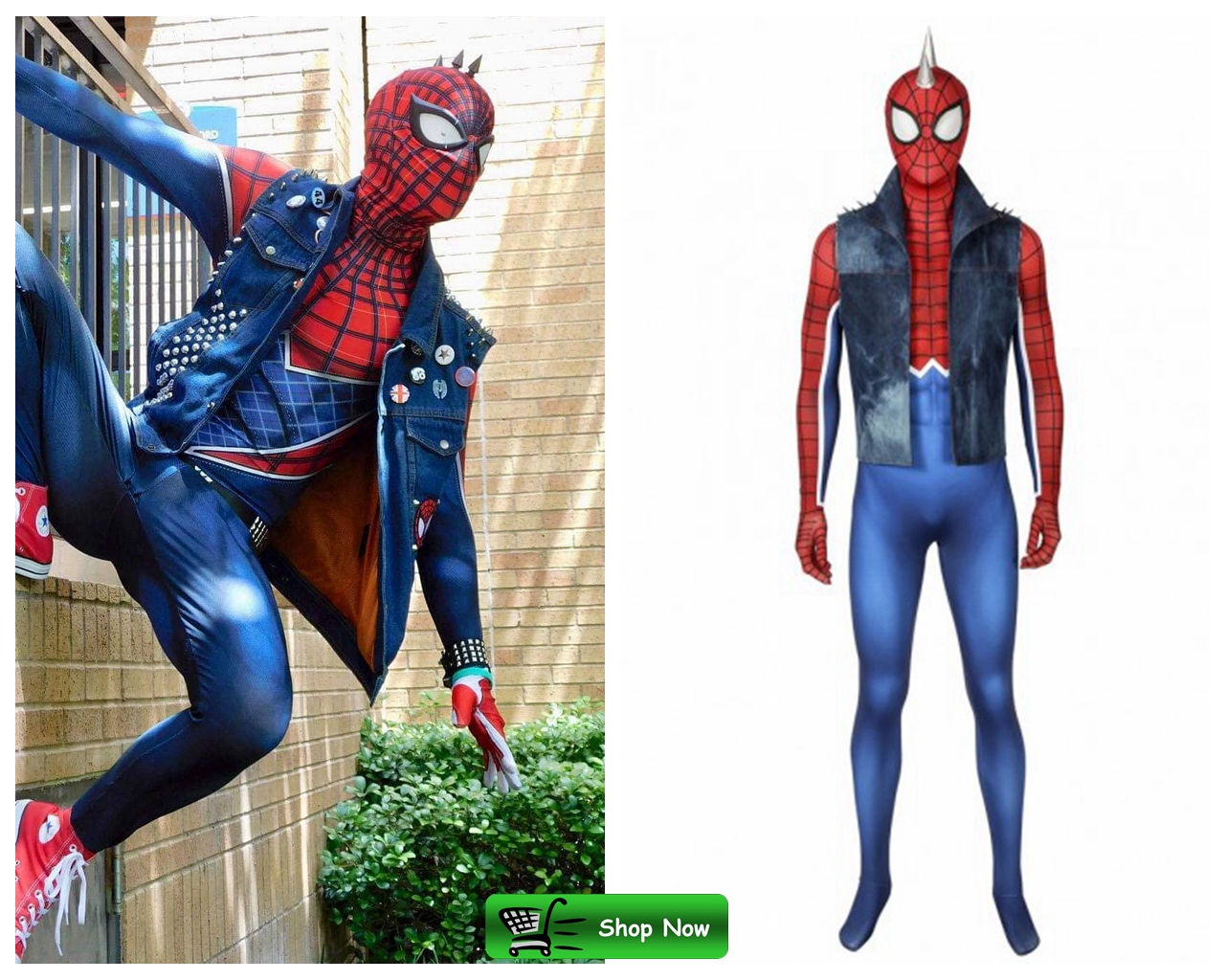 The Spider-Man of Earth-138 is Hobie Brown — Prowler in the 616 Universe — who leads the Spider Army against the tyrannical President Osborn. This is a punk rock Spidey who shreds just as well as he slings webs, and it was only through the power of rock that he stopped the President. That, and bashing his head in with a guitar.

I hope these zentai suits in games can inspire you when you’re about to attend the costume party, as we konw, a lot of people tend to cosplay those superheroes in movie, if you want to be the special one and fix everyone’s eyes on you, then each of these costumes above could be great choice. But if you’re still not content with these ideas, please feel free to visit our website:xcoos, you can get more fantastic and awesome suggestion on it. And if you find out the one you need, you can also buy it on our website, just remember to get coupons to buy it at lower price.