Here are 21 most Creative Fat Cosplay Ideas for a fat guy. Maybe you are a little oversize, don’t worry, you can still wear the Popular Cosplay Costumes as long as you want. If you are just looking for the big guy cosplay ideas, We’ve put together the best advice for the cosplay for you, from game, anime, and movie cosplay ideas. Just reading from here! 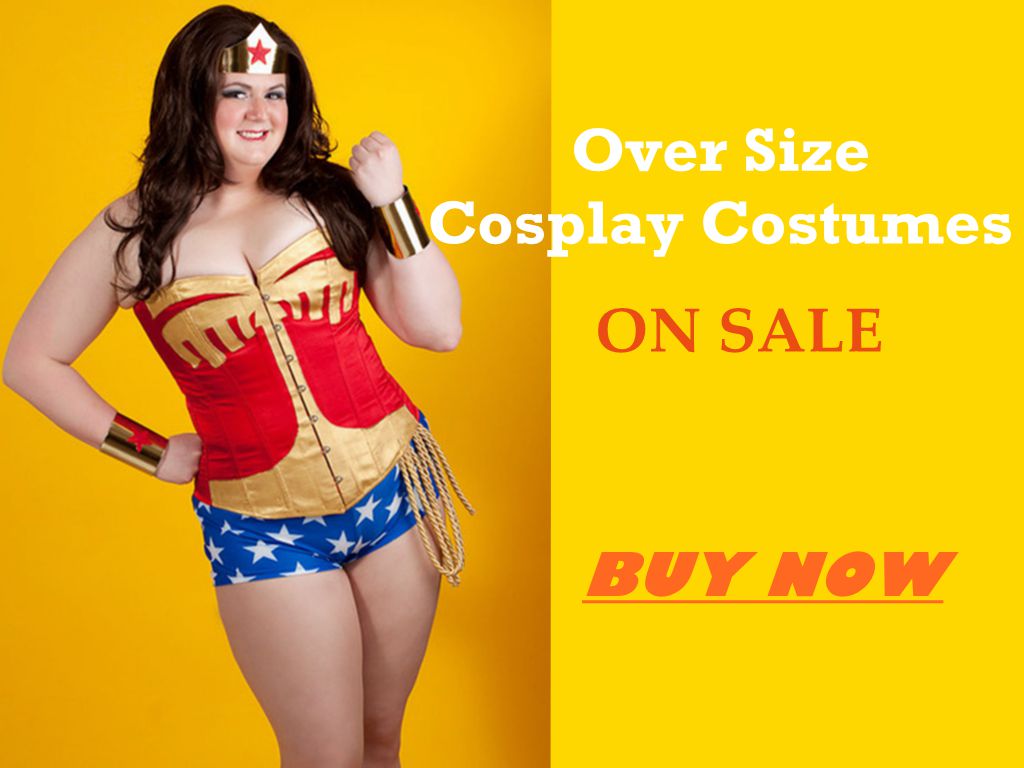 Giant collection of oversize cosplay costumes is on sale on XCOOS.com, click to buy now!

It was just popular enough that most people understood what I was but I went to a huge Halloween event (literally thousands of people) and no one else had the same costume.He’s fun to act like too, I kept a black umbrella over my shoulder, waddled around, and gave shit to every Batman I saw. This is a fantastic Batman Returns Penguin cosplay at Phoenix Comic Con.It was amazing!! Fat Batman Doesn’t care what you think.There are so many Batman around when comic con comes,that it’s something just refreshing to see a cute Bruce Wayne in all of his costume,like this lovely Batman here. 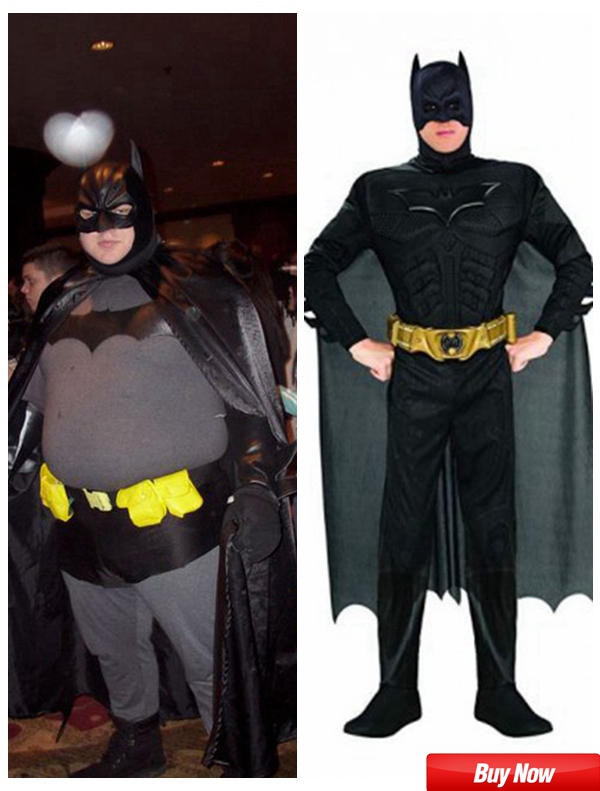 John Snow from Game of Thrones is a very important character to the series,so you will not be embarrassed by getting asked”Who are you actually cosplay for?”

Here is a very outstanding cosplay of John Snow, and I included the picture specifically because it was the best full-length picture.The cosplay effect is very good and he looks just like John Snow himself. 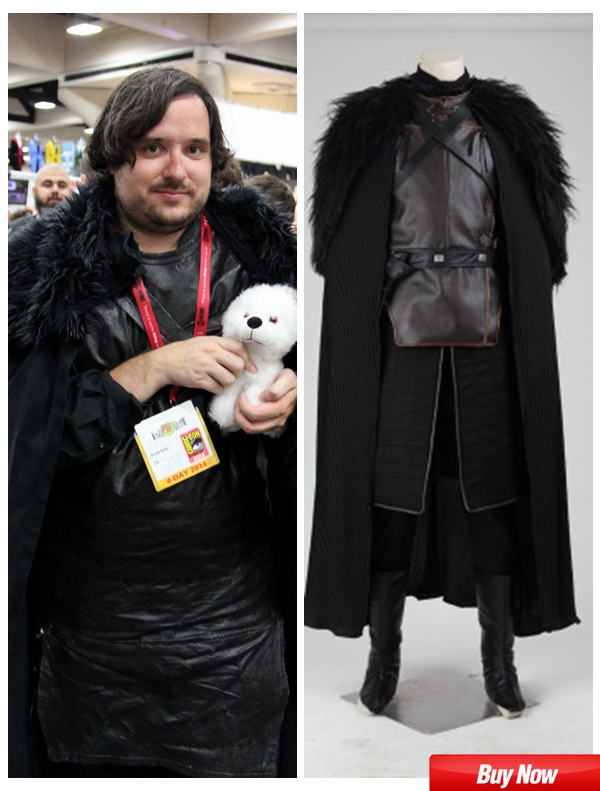 Have you ever wondered that fat Black Widow cosplay can be so sexy as well?According to this cool Natasha Cosplay,it turns out that cosplay has nothing to do with body type,as long as you are confident. 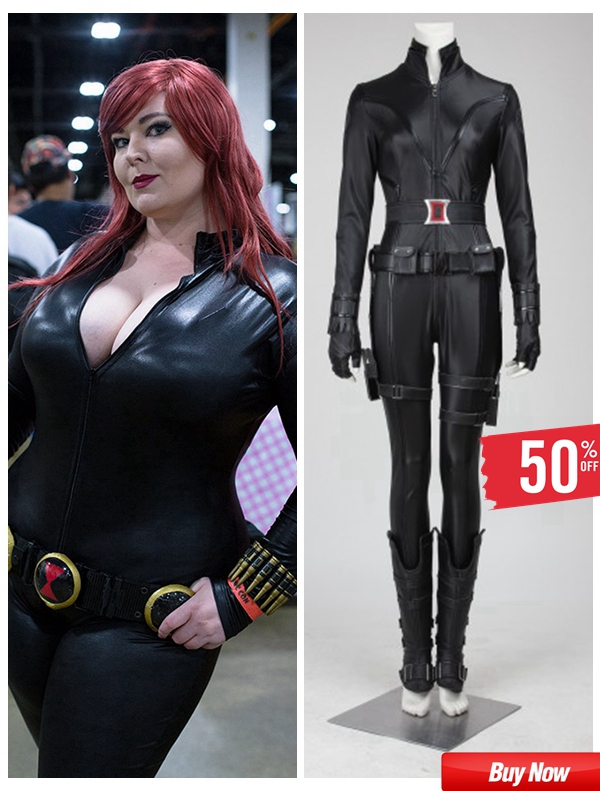 That was my exact thought when I saw that movie; “Perfect cosplay for a fat guy!”I want one of those vinyl inflatable Baymax all the theatres have in their foyers, I’m sure you could make a workable cosplay from it as well.No matter your size, Baymax cosplay costume can hide your body appropriately and will never disappoint you. Half man,half dog,I am my own best friend

Are you ready for some couple cosplay? Barfolemew will be a great choice if you want to take your girlfriend to the comic cons.This couple complete the look of the psychotic dolls with Barf’s signature overalls and facial stitches along with his white circle,holding his food anywhere . One popular costuming option is to dress up as recognizable characters from cartoons or game. This couple chose to dress as Mario and Luigi,from their first appearance in 1981,they are rich with costume ideas.Come on, you know you love them,they are so adorable! Bob from Tekken is pretty cool. He sorta breaks the fat guy stereotype a bit, acting like some smug bishounen and being so agile/quick lol.
And his clothes seem easy enough, nothing crazy. 12.Gragas from League of Legends

This is a perfect cosplay idea for boys who love the character of Gragas from the hot game League of Legends.You maybe a little tired of holding the barrel for a long time,so you’d better prepare yourself for cosplay Gragas.And if you too shy to be half-naked,you can also suit up your purple costume instead. 13.Dr.Robotnik from The Sonic Series

Brightly colored Dr.Robotnik cosplay costume loaded with sweet treats are very popular and also provide one colorful costume design inspiration.You can look for Dr.Robotnik costume online for your further inspiration or do it yourself using household items.The funnist part of the Dr.Robotnik costume is his beard,makes me want to have a try too.If you want to cosplay Dr.Robotnik this year,remember to hide your hair and stay bald. 15.Ralph from Wreck It Ralph

Speaking of another versions of Ralph, this fat version is more amazing than the slim verison.While very simple, it’s still an amazing and fun Ralph costume. Orson Welles was my gut reaction but that one may be lost on the under-fifty crowd. Sadly, when the young kids think of Transformers, Michael Bay is the name that comes to mind. Homer is one of overweight men,and he is also very easy to cosplay for,you don’t even need to buy his costume online or offline,just put on your shirt and casual shorts,then turn your own into yellow,all the work is done.See – how  easy would it be to cosplay Mr.Simpson. This is the easiest to do, most easily recognizable, and classiest idea so far.Dress up this Big Bird costume,you will definitely bring so much fun to the people around you in the comic cons. While this Peter Griffin looks great, the best part of this cosplay is not the costume,it’s his smile.

If I had to pick a favorite Pokemon,it would be Snorlax.They are so round and plushie,no one can resist the furry animal,so Snorlax cosplay will definitely attact a crowd wherever he goes. Kool-Aid Man is the mascot for Kool-Aid, he has appeared with a smiley face and bulging red body.Red can always be easily draw more attention,so if you want to be taken more pictures,Kool-Aid man is a very good choice. If you do not want to purchase a Kool-Aid Man costume,there are some tips on how to make one your own.

Through the whole list, you can see a lot of amazing cosplay costumes and you can easily buy them on XCOOS.com. Just remember, cosplay whoever makes you happy, no matter what! Come on, guys!