If you happen to attend a costume party, but don’t know what to dress and don’t want to wear same kind of dress with someone at the same time, in this case, I will sincerely recommend the “overwatch” theme costume to you. You may wonder why it has to be Overwatch, here are reasons: first of all, a lot of people tend to cosplay those traditional and well-known superhero, so if we do it like everyone else, the chance of outfit clash must be very high. Second, overwatch has always been one of popular video games for these years, besides the high playability of this game, the cosutme game charactgers wear can be regarded as a distinctively beautiful scene. So all in all, it can’t be wrong to show up at the party with overwatch costumes. So today I’ll recommend six awesome overwatch costumes to all of you. Without further ado, let’s do it. 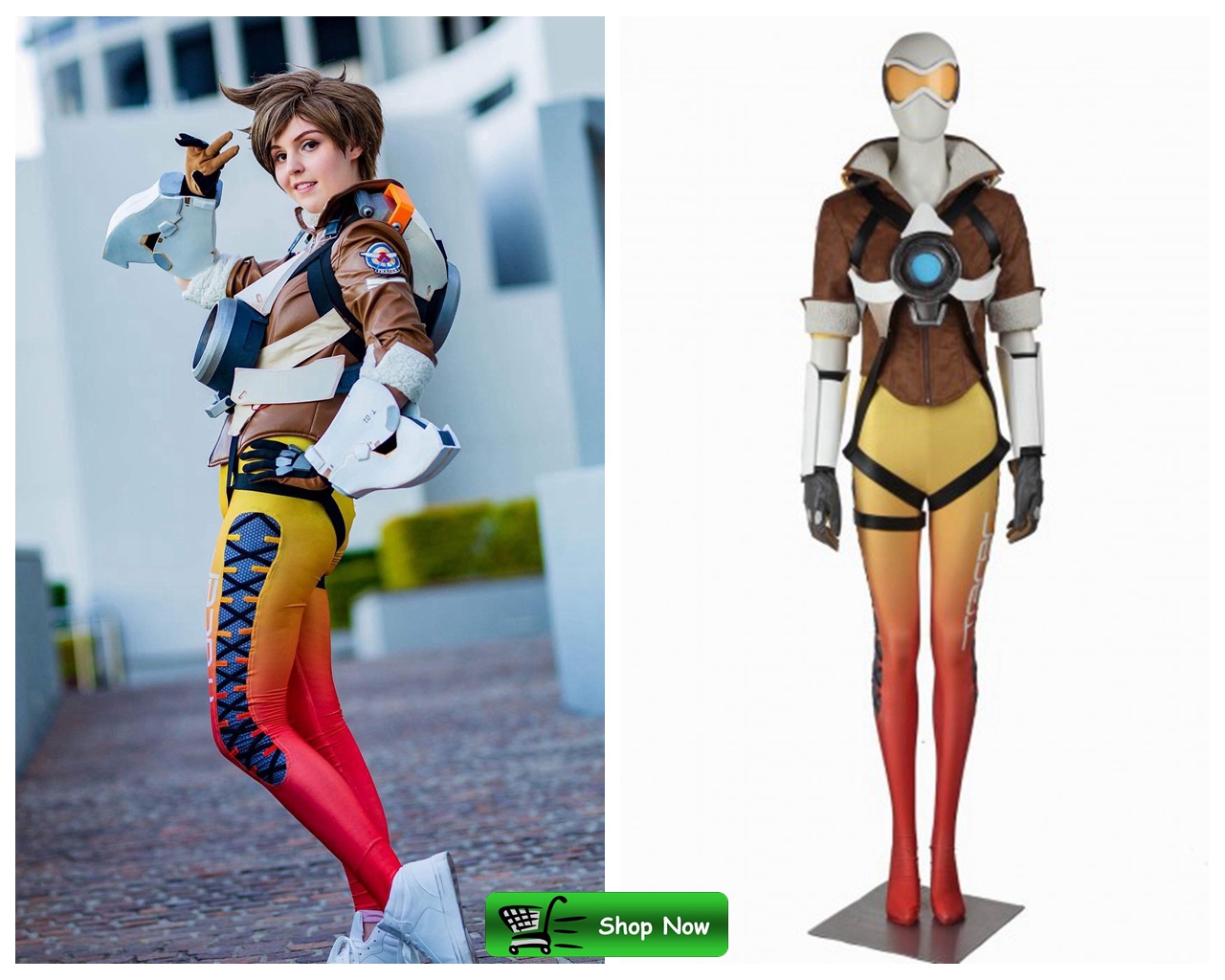 The former Overwatch agent known as Tracer is a time-jumping adventurer and an irrepressible force for good. Lena Oxton (call sign: “Tracer”) was the youngest person ever inducted into Overwatch’s experimental flight program. Known for her fearless piloting skills, she was handpicked to test the prototype of a teleporting fighter, the Slipstream. But during its first flight, the aircraft’s teleportation matrix malfunctioned, and it disappeared. Lena was presumed dead. She reappeared months later, but her ordeal had greatly changed her: her molecules had been desynchronized from the flow of time. Suffering from “chronal disassociation,” she was a living ghost, disappearing for hours and days at a time. Even for the brief moments she was present, she was unable to maintain a physical form. 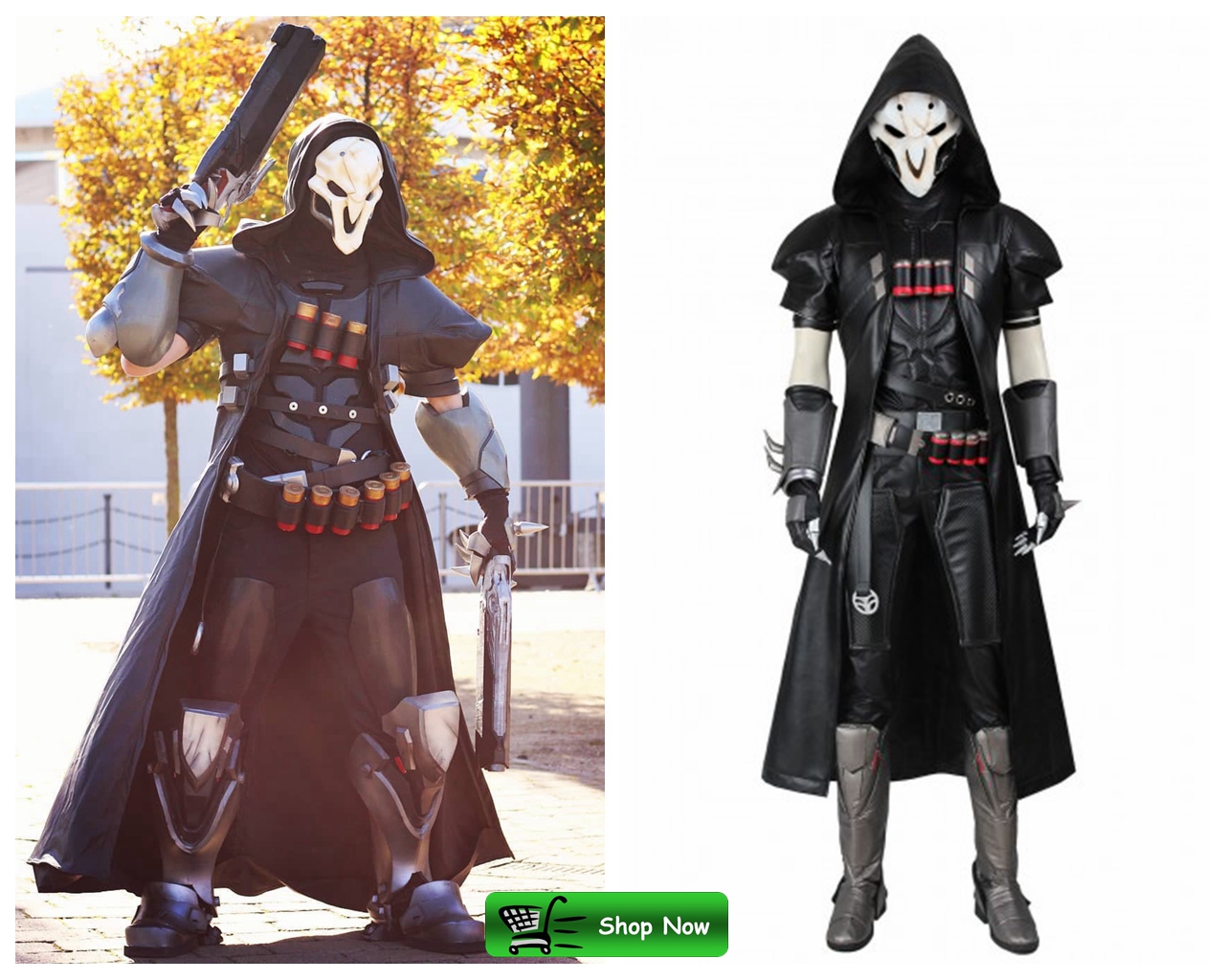 Some speak of a black-robed terrorist known only as the Reaper. His identity and motives are a mystery. What is known is that where he appears, death follows. The Reaper is an extremely volatile mercenary, a ruthless and remorseless killer responsible for terrorist attacks across the world. He has fought in many armed conflicts in the last decades, showing no loyalty to any cause or organization. Survivors have described a black shadow ghosting unscathed through the most hellish battlefields. The few bodies recovered of those he kills are pale, empty husks drained of life, their cells showing signs of intense degradation. It is possible that he is a byproduct of failed genetic alteration which forces his cells to simultaneously decay and regenerate at a hyper-accelerated rate. Those attempting to track his movements have begun to see a pattern in his appearances. They believe that Reaper is hunting former Overwatch agents and systematically eliminating them. 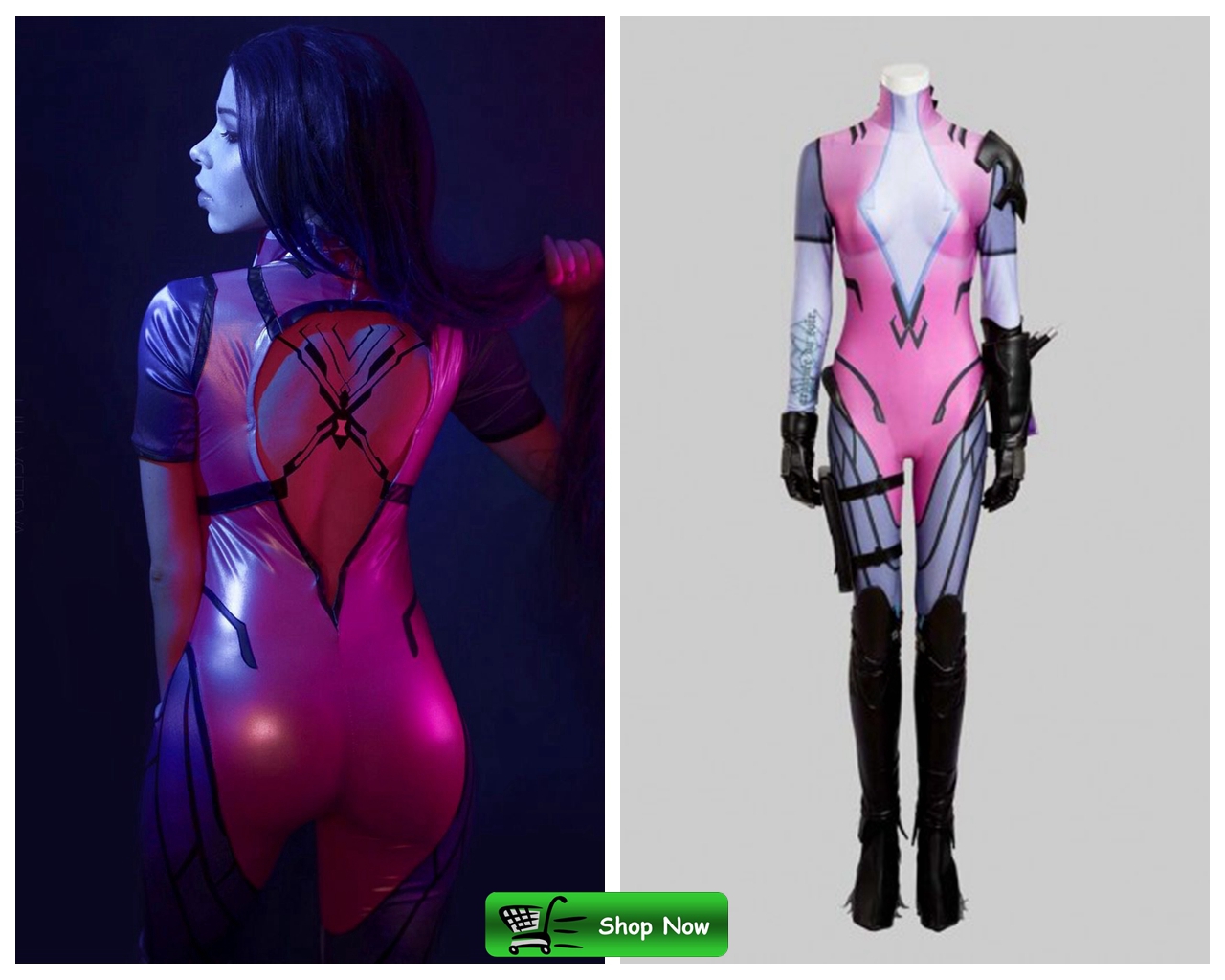 Widowmaker is the perfect assassin: a patient, ruthlessly efficient killer who shows neither emotion nor remorse. It is believed that in her former life, Widowmaker was married to Gérard Lacroix, an Overwatch agent spearheading operations against the Talon terrorist organization. After several unsuccessful attempts to eliminate Gérard, Talon decided to change its focus to his wife, Amélie. Talon operatives kidnapped her and subjected her to an intense program of neural reconditioning. They broke her will, suppressed her personality, and reprogrammed her as a sleeper agent. She was eventually found by Overwatch agents, apparently none the worse for wear, and returned to her normal life. 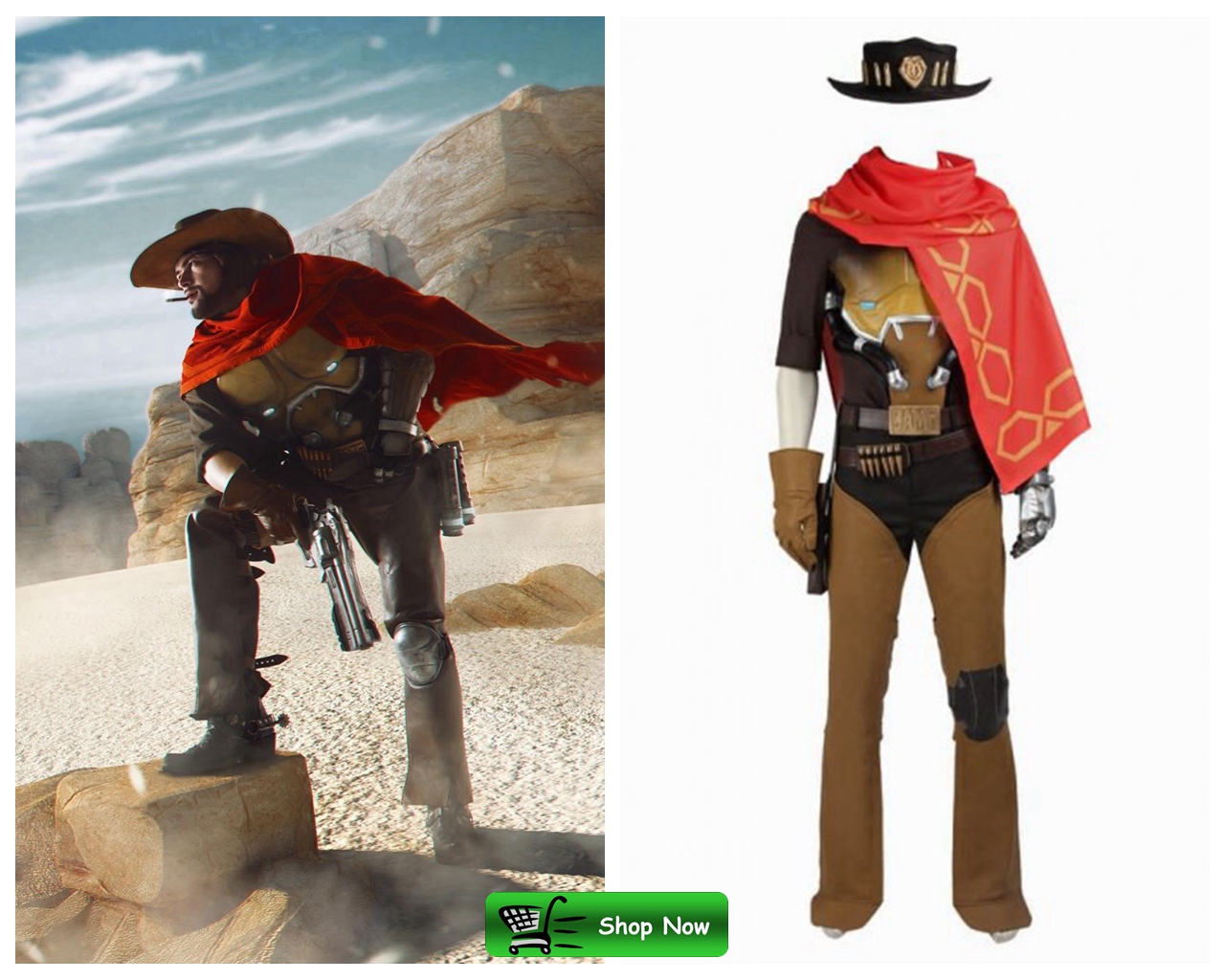 Armed with his Peacekeeper revolver, the outlaw Jesse McCree doles out justice on his own terms. McCree had already made a name for himself as a member of the notorious Deadlock Gang, which trafficked in illicit weapons and military hardware throughout the American Southwest, when he and his associates were busted in an Overwatch sting operation. With his expert marksmanship and resourcefulness, he was given the choice between rotting in a maximum-security lockup and joining Blackwatch, Overwatch’s covert ops division. He chose the latter. 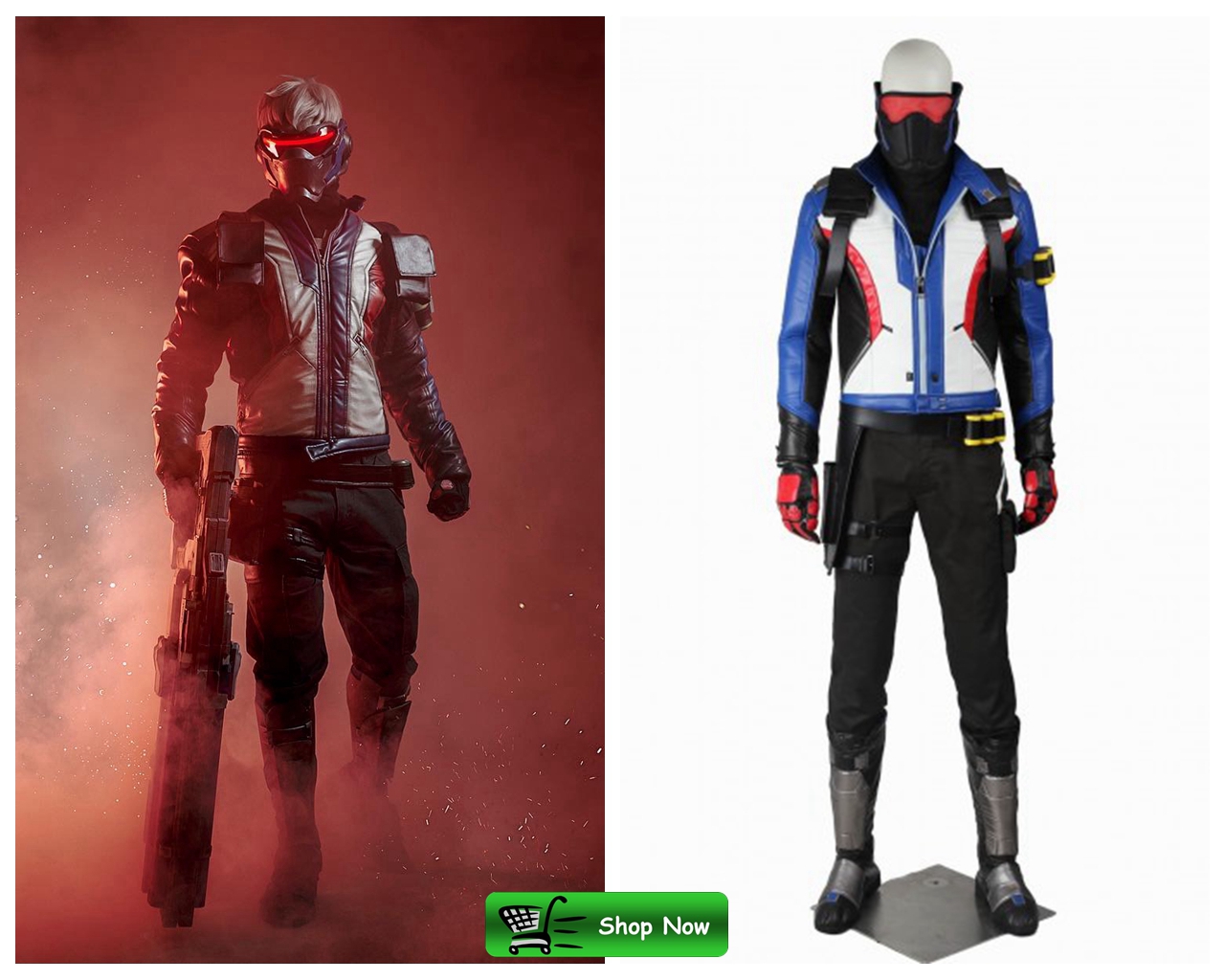 Currently the target of an international manhunt, the vigilante known as Soldier: 76 wages a personal war to expose the truth behind Overwatch’s collapse. Soldier: 76 revealed himself in a string of attacks that crisscrossed the globe, targeting financial institutions, shadowy corporations, and secure Overwatch facilities. Though to the outside world his motives are inscrutable, there are those who claim that he is a former Overwatch agent, determined to shed light on the conspiracy that brought down the organization. While his true identity remains a mystery, he is believed to have been trained as a member of the American “soldier enhancement program.” He possesses physical capabilities exceeding those of a conventional soldier’s, as well as other augmentations that make him a peerless combatant. In addition, he utilizes a cutting-edge arsenal, much of it stolen in raids on Overwatch installations. Unrelenting in his search to find those responsible for Overwatch’s fall, Soldier: 76 will stop at nothing to bring them to justice. 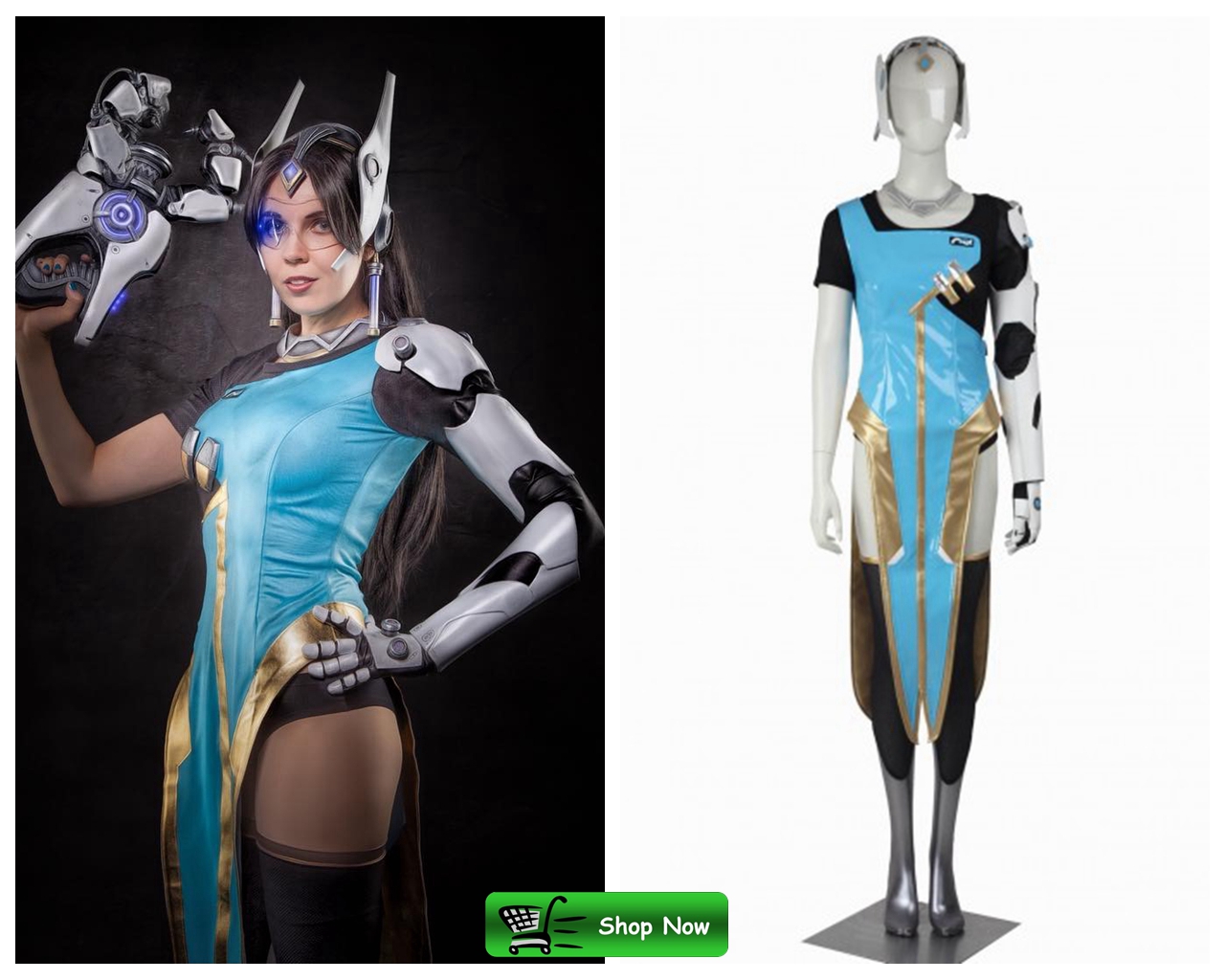 Symmetra literally bends reality. By manipulating hard-light constructs, she crafts the world as she wishes it to be, in hopes of engineering a perfect society. Following the Omnic Crisis, the Vishkar Corporation of southern India began the laborious process of creating new, self-sustaining cities to house the nation’s displaced population. One such city, Utopaea, was created using radical hard-light technology that enabled its architechs to shape the city’s streets, utilities, and living spaces in the blink of an eye.

I hope that one of these overwatch cosplay costume can helpful to you when you have no idea of what kind of costumes to wear on the costume party. By the way, if you are indeed interested with one of them, welcome to buy it on xcoos.