If you’re gonna spend the Halloween with your best firends or some people who you really treasure, why not talk to your pal about collaborating on a super flexing group costume to celebrate this festival? Today I’m going to recommend 7 Unmissable Group Halloween Costumes for 2019 to all of you, and hope you can take sometime to check out and start with costume ideas. 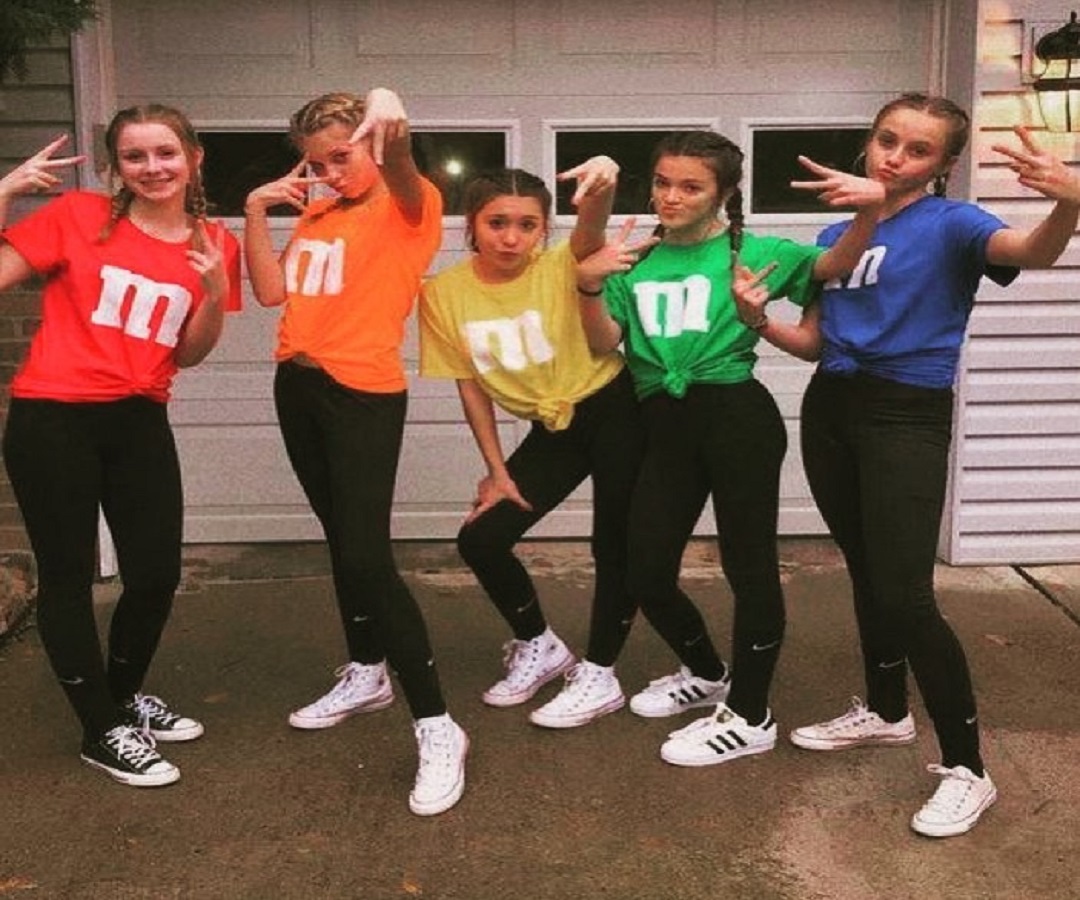 I believe most of people have probably heard the name of “M&M’s, which are “colorful button-shaped chocolates”, each of which has the letter “m” printed in lower case on one side, consisting of a candy shell surrounding a filling which varies depending upon the variety of M&M’s. Above all, there are six colors of chocolate, so I think it’s really perfect choice for the group costume. Just like in this picture, every girl acts as one of the different colors of chocolate, so if you stll can’t decide what kind of group costume that you should wear for the halloween, why not try this M&M’s theme, let alone the fact that it’s really convenient to prepare the costume, cause all you need to have is a T-shirt. 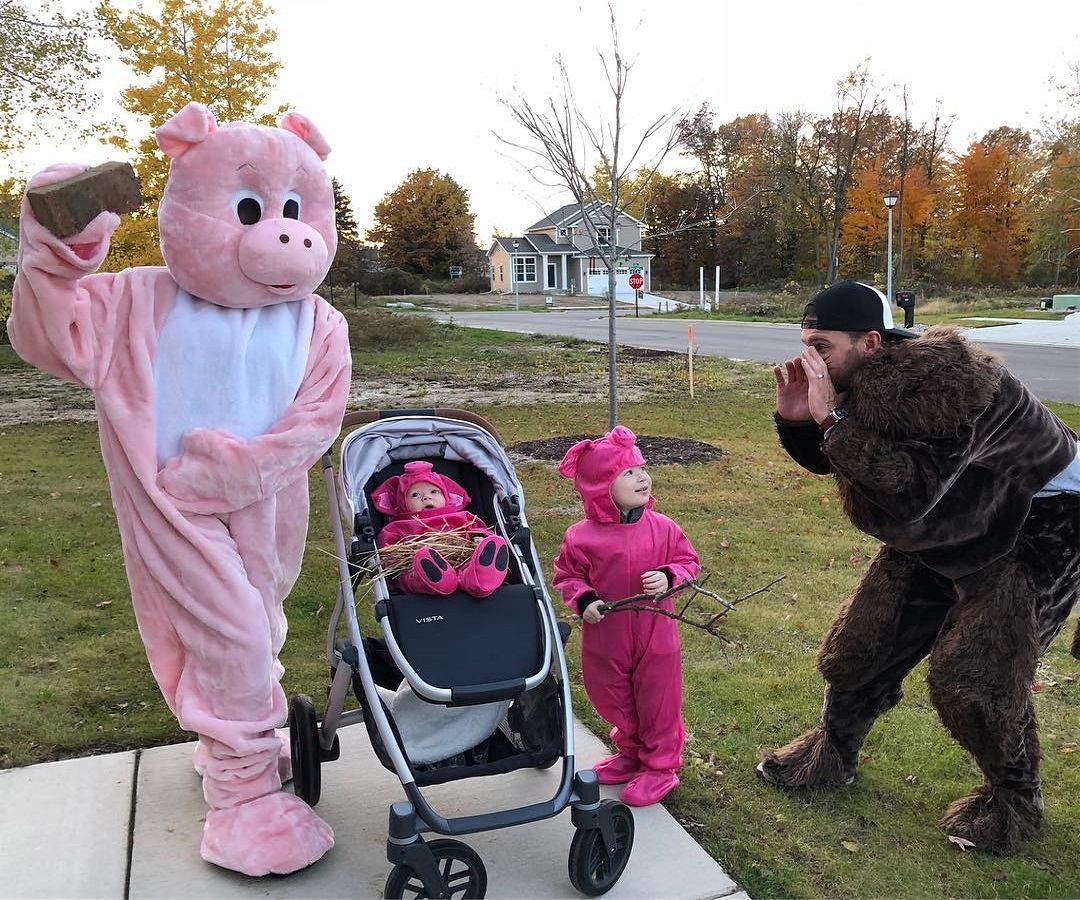 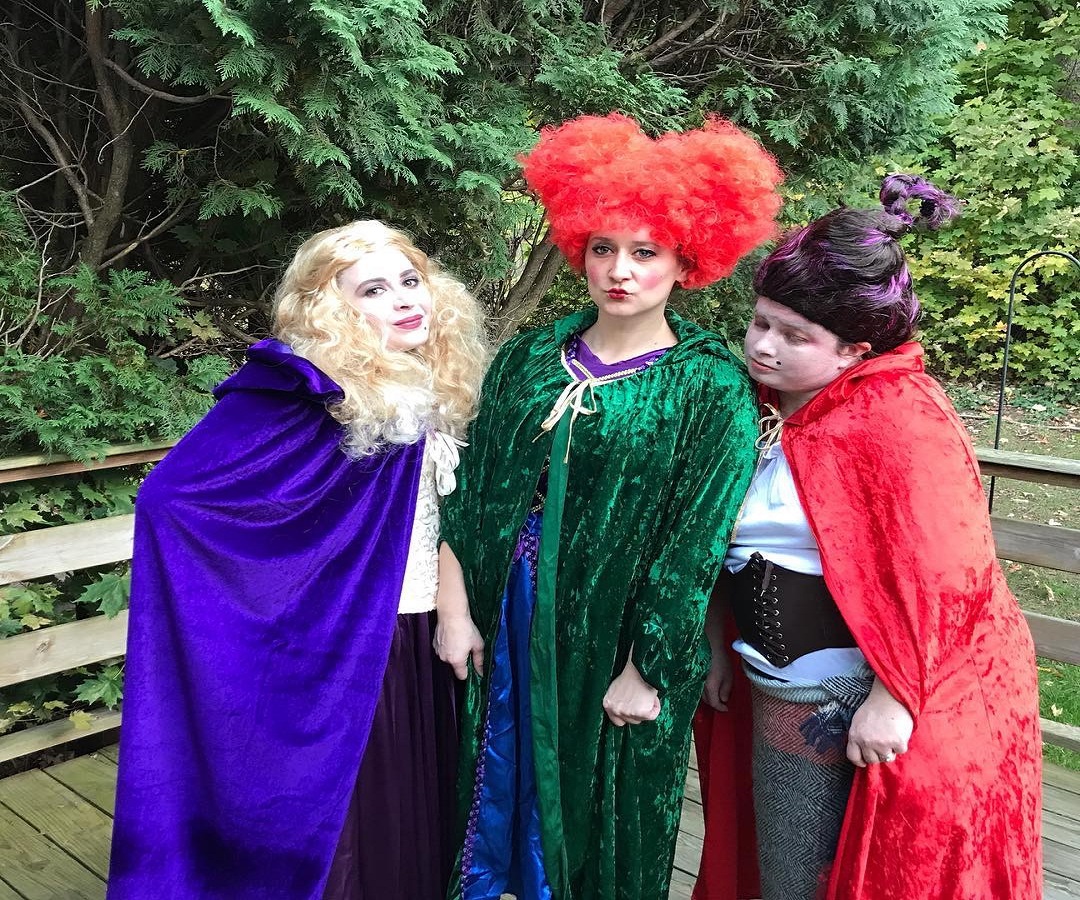 I guess some of you may be unfamiliar with this three characters, the Sanderson Sisters are the main antagonists in the 1993 live-action film Hocus Pocus. They are a trio of witch sisters who were accidentally revived by Max Dennison in modern-day Salem and attempt to become immortal by sucking the life force of children using their life potion. If you and your friend all get tired of those cute and righteous style of costumes, this style of costume can be a good option for you.

Orange is the new black 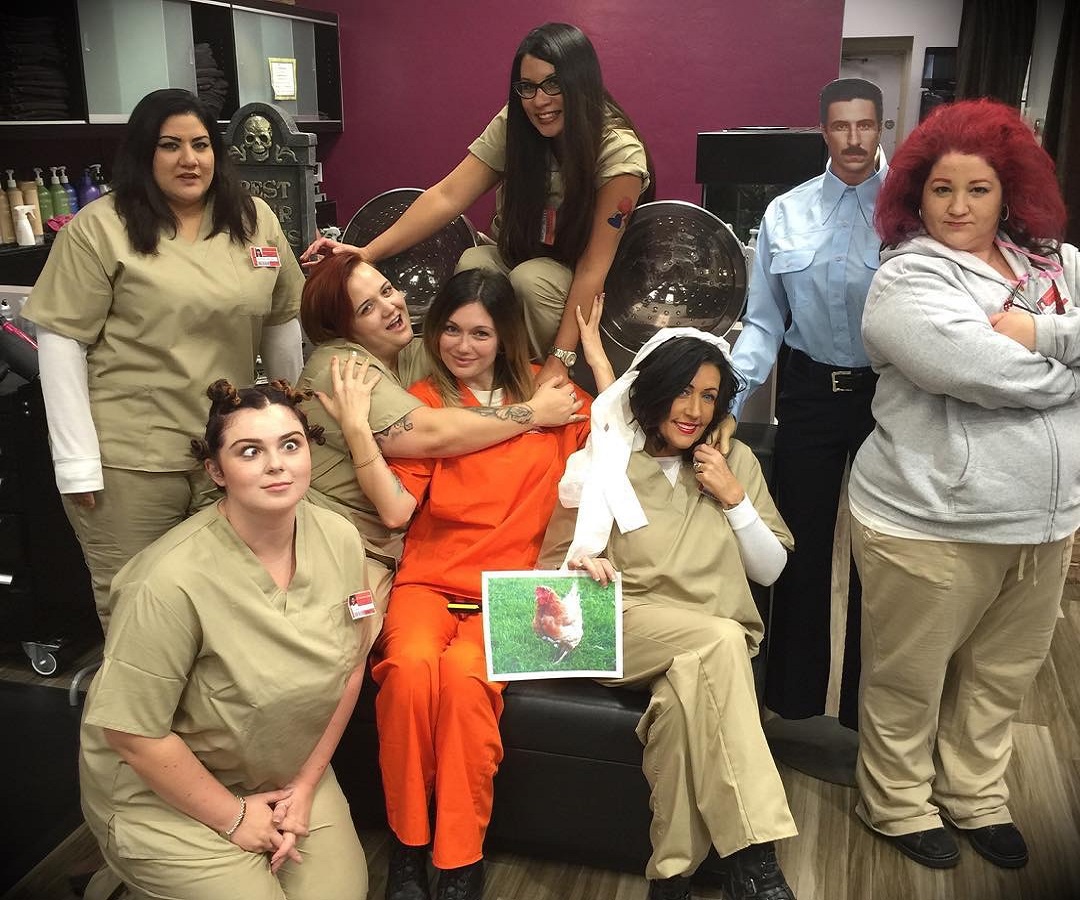 If you have seen the TV show “Orange is the new black” before, i believe you must have guessed this group costume saltues to it. It’s one of the most popular shows on Netflix, and who would refuse to dress up as a bunch of bad-ass female characters for a night? No one would be messing with your squad on Halloween, that’s for sure! And there are many character for you to choose, so if you plan on gathering many friends on halloween night, then this theme is definitely the one you can’t miss. 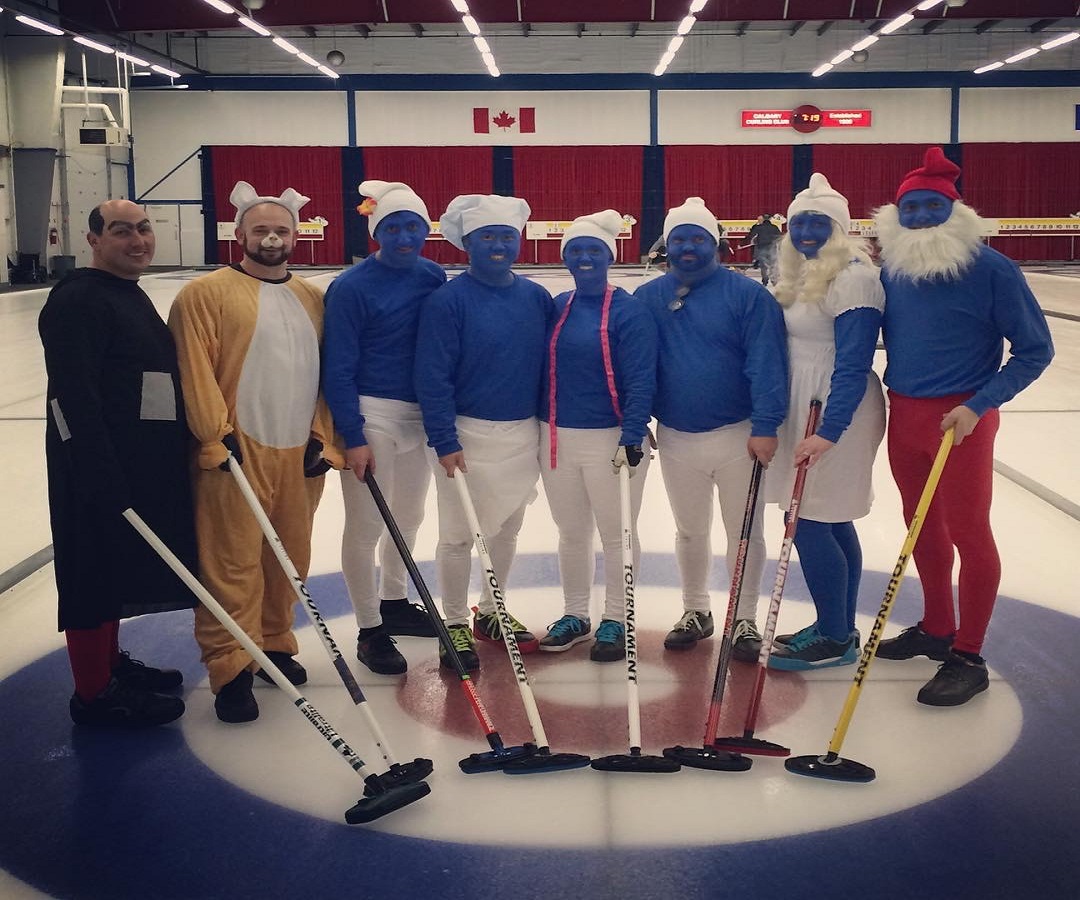 I have to admit that this scene really makes me laugh, obviouly these man is cosplaying characters from The Smurf, which is a Belgian comic franchise centered on a fictional colony of small, blue, human-like creatures who live in mushroom-shaped houses in the forest. Like i said before, owing to the fact that there are a lot of characters in the smurfs, so it’s gonna be easier to allocate roles. Get dressed in this funny smurf costume, and have a nice halloween night. 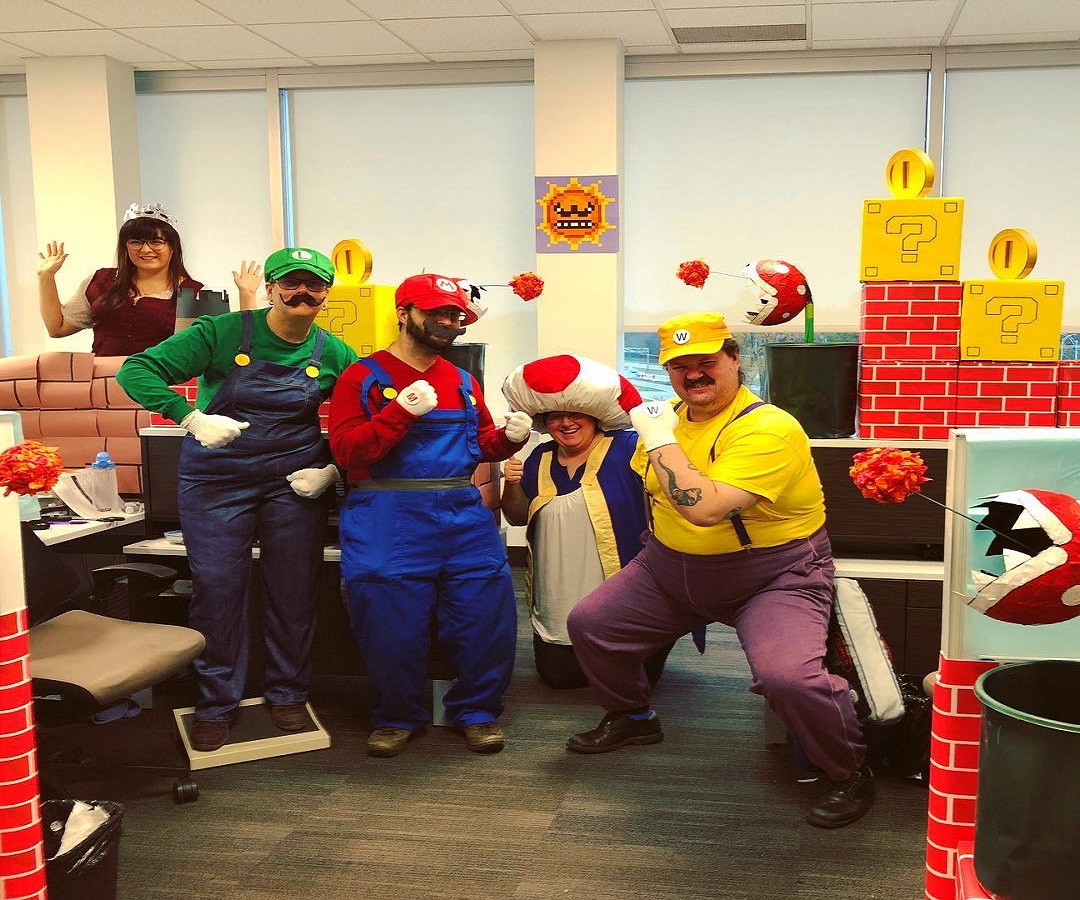 Super Mario Bro, which is frequently cited as one of the greatest video games of all time, with praise on its precise controls. It is one of the bestselling games of all time, with more than 40 million physical copies. I also believe this game carries a lot of people’s memories. So how would you feel if you see a group of people in super mario style of costume? If it were me, I would have a feeling of dimensional disorder. All in all, wearing the supermario bros style of costume can be regarded as a good choic for the upcoming halloween. 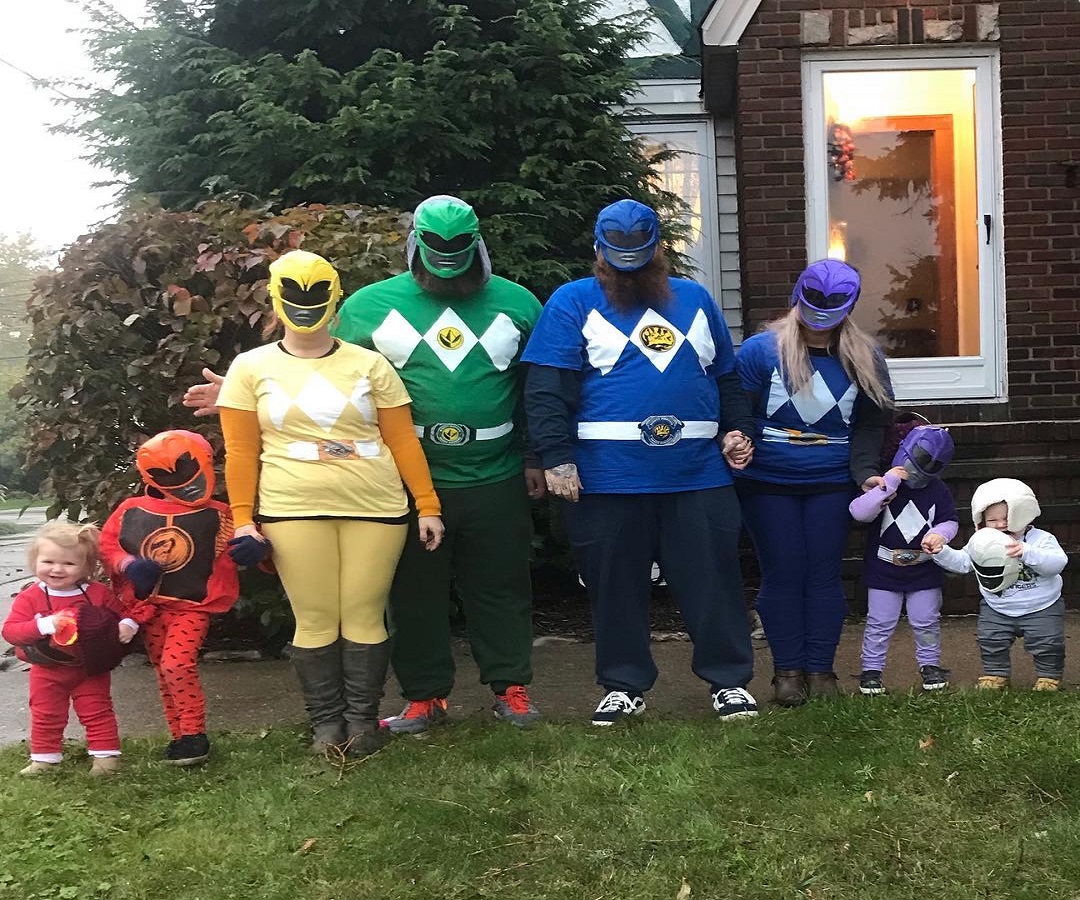 Mighty Morphin Power Rangers, an American live-action superhero children’s television series that premiered on August 28, 1993, on the Fox Kids Network on weekday afternoons and Saturday mornings. Nowadays, a lot of people prefer to choose the hot movie, tv show as the halloween costume theme, but sometimes, when we look back, there are many excellent films and teleplays theme that can be used for halloween costume, and Mighty Morphin Power Rangers is one of them. Up to this day, the iconic costume that actors wear is still popular around the world, therefore, if you and your friends want to wear the costume featuring classic elements, you’d better not miss this awesome costume theme.

So with the approach of Halloween, If you plan on celebrating halloween with your friends by wearing the group costume, I really hope one of these group costume ideas can help you to some extent, more importantly, I hope all of you can have a great halloween night. And by the way, if you want to browse more group halloween costume, please go to our website:xcoos at any time, I’m pretty sure you can find the halloween costume you like on our site.