8 Most Trendy Cosplay Costumes For Halloween 2019

This Halloween, make sure you stay on trend with all the hottest and most popular cosplay costumes! We have most trendy 2019 cosplay costumes based on your favorite TV series and movies from this year including Captain Marvel, Alattin, the Avengers, Spiderman, Game of Thrones, and even the Frozen 2 costumes! Check out our 2019 costume guide down below for great Halloween costume ideas!

When someone says, “be yourself” do you immediately freeze? It’s okay not knowing who you are. Take Carol Danvers AKA Captain Marvel, for instance. She’s a superhero, first Avenger, and an overall tough cookie but she was very confused at one point. She wasn’t aware of her true self for a very long time but it helped to learn about herself. It showed her the truth and shaped her future. (Good for you, Carol!) She was able to see through Yon-Rogg’s phony facade and manipulation to help the Skrull race protect the Tesseract. Now, the illustrious Captain Marvel has amassed a long list of accomplishments!

Suit up in the blue, red, and gold jumpsuit and become one step closer to knowing who you are. Knowing your true self doesn’t always involve photon blasts, absorbing energy cores, or guarding an entire extraterrestrial (thank goodness) but this costume can provide you with the power to look inside yourself so you can reach your full potential too, just like Captain Marvel! 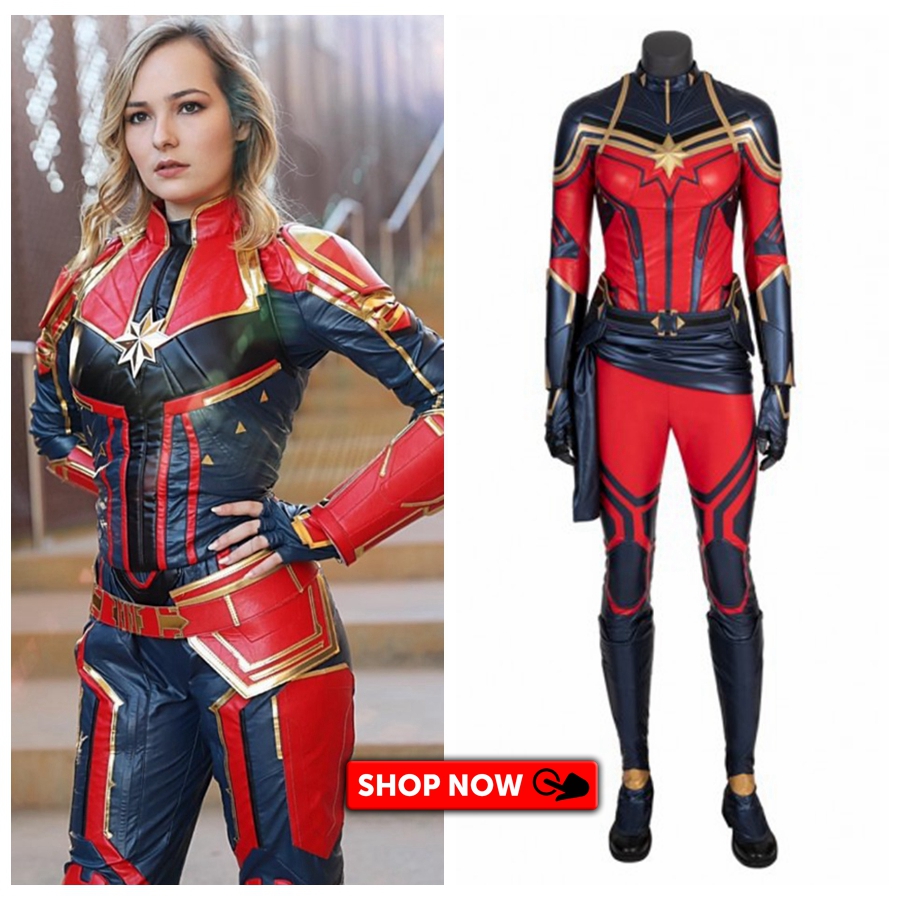 Peter Park is great at flashy moves. After all, he has extraordinary agility thanks to his spider-like abilities, so he’s at home twirling through the air in a bright red suit. Unfortunately, when you do work for S.H.I.E.L.D., sometimes you need to be a little more subtle than that. Sometimes you need to go Black Widow on the baddies! That’s why Spider-Man: Far From Home sees Spidey using some new tactics, along with a new Spider-Man suit.

If your child is ready for some covert operations, just like the new, sneakier Peter, then you might just want to outfit him with this Deluxe Spider-Man Stealth Costume, which comes licensed from the Marvel movie, Spider-Man: Far From Home. 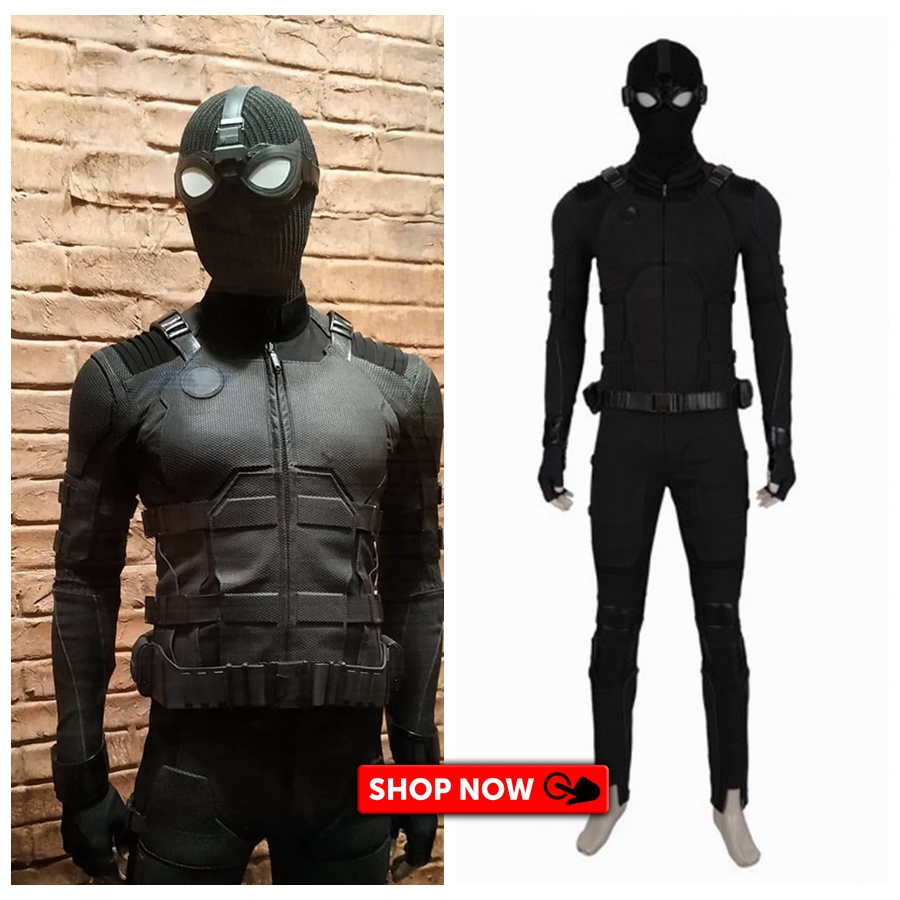 It’s been a long road for Steve Rogers. First, he conquered the Nazi faction of HYDRA as they attempted to create a host of weapons from the mysteriously glowing blue cube. Then, he had a bit of an ice bath for a few decades before being recruited into S.H.I.E.L.D. where he was quickly facing an army of aliens being warped into the world from the very same Tesseract! He’s had fights with all sorts of big-game baddies and even some conflicts with friends.

Prepare for war in our Captain America Cosplay Costume. Never known as one to back down, Steve Rogers was selected to an experiment turning him into the lean, mean fighting machine known as Captain America. The costumes are both accurate designed, exquisite in details, made according to the original version, great for Steve Rogers of the movie Avengers: Endgame Captain America. 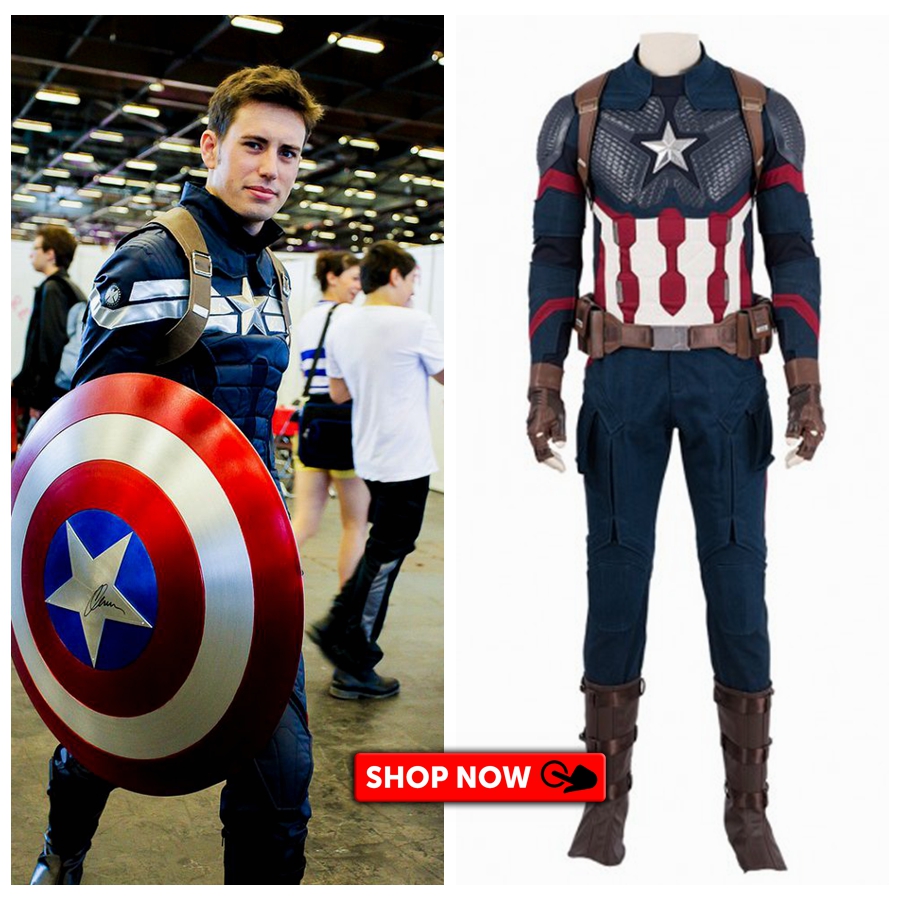 It’s every child’s dream. We definitely spent many days in our childhood daydreaming about it. You know… bumping into a powerful, mystical wizard who grants you some cosmic superpowers to use against the forces of evil!

Okay, so maybe not everyone was dreaming about that exact thing, but ever since DC release the Shazam! movie, we bet that a ton of people are daydreaming about becoming Shazam! We even happen to think that your might enjoy cosplaying as the powerful and handsome hero from the movie. Unfortunately, we’re not sure where to find a mystical wizard to grant you some powers, but we do have this awesome Shazam! deluxe costume. 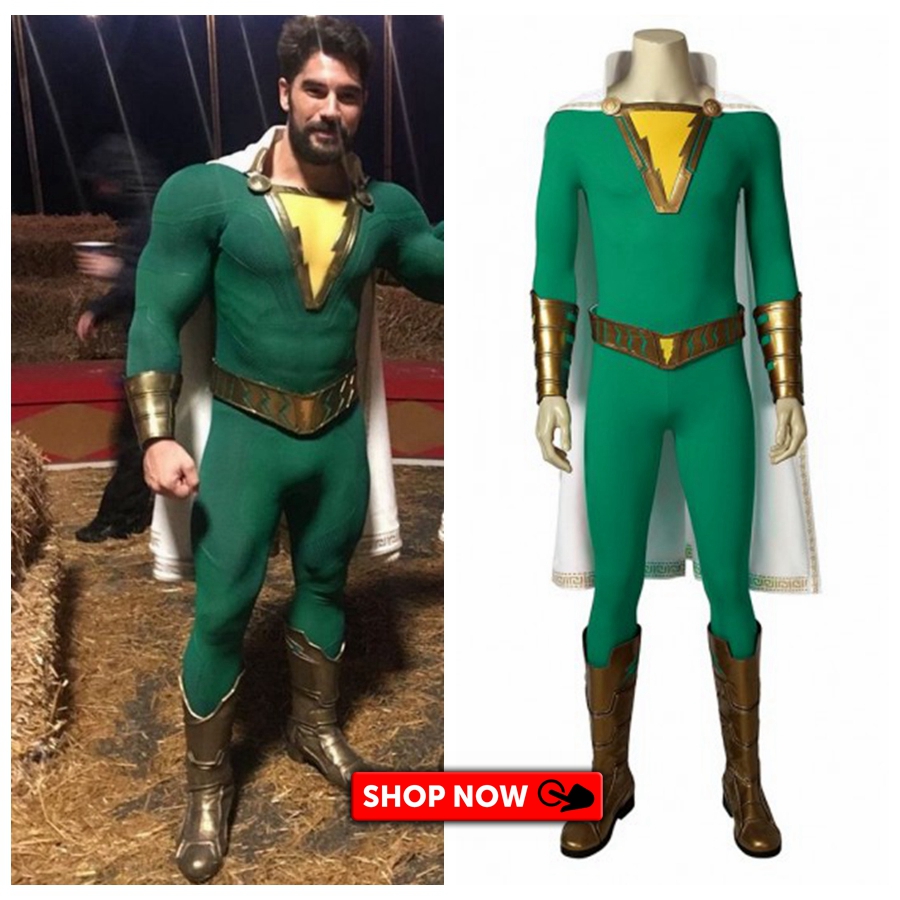 She is a mythic figure already and the years have hardly touched her. She’s wandered the wastelands and faced the fire of the dreadful sun. There, she gained a horde of loving followers that would shout her name from one corner of the world to the other and she soared through the skies on the back of her dragon. But, would her resilience against fire make her stay where it was safe? No! Our brave Queen dives into the icy wastelands to face threats even there!

You shall be our Winter Dragon Queen and we shall all finally know the perfect ending to all the trials that we have faced. It’s time for the coronation! Blow you away after you dressing up Game of Thrones Daenerys Targaryen cosplay costume. Highly recommended to all of our Game of Thrones fans, you will not regret. Daenerys Targaryen costume winter keep you warm when attend the party in cold day. 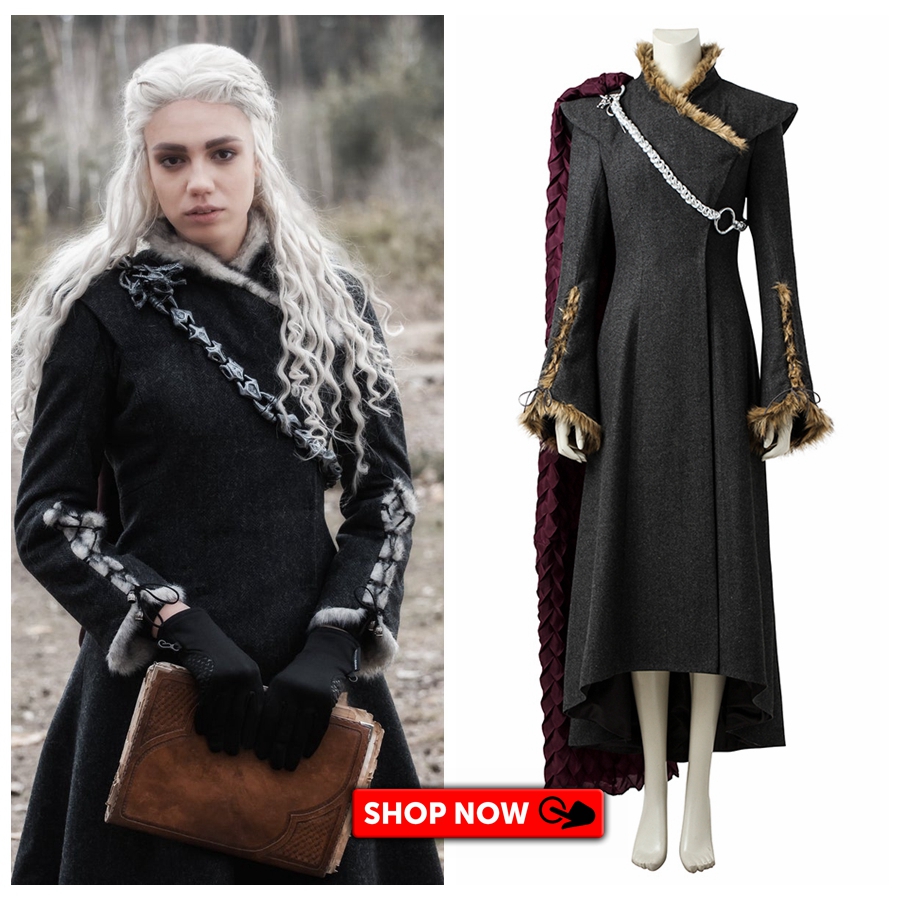 Elsa is well-known for her power to freeze everything around her and the song “let it go“, while her little sister Anna is popular for her cuteness and kind heart.

Because of movie Frozen, Anna has received widespread acclaim from film critics, who praised the determination and enthusiasm in her personality. But other than her kind heart, the beautiful appearance of her cannot be ignorant too. This Anna Cosplay Costume Princess Dress perfectly set off her pretty face. The well-selected velvet material brings high-grade feeling when you touch it with your hands. The purple color cape shows her royal fragrance which is elegant and solemn. Suit for both adults and little girls, wearing it, you will feel super confident at the next Halloween party!! 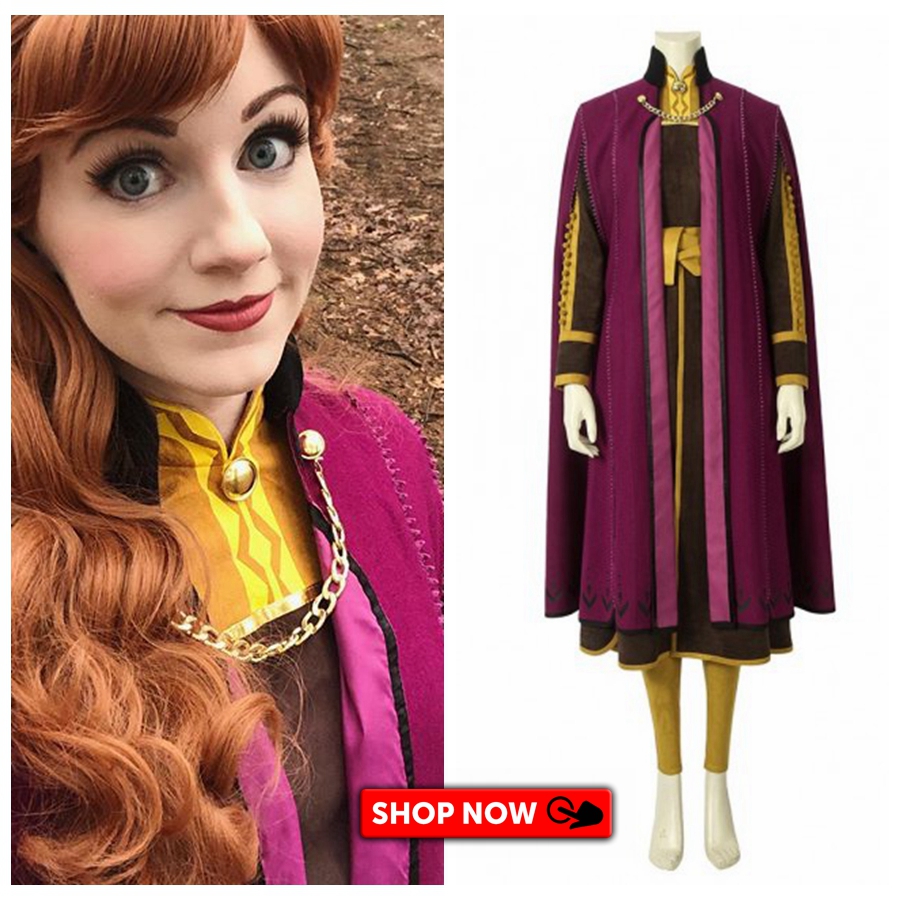 The X-Men. Protectors of peace. Jean Grey is one of the most beloved X-Men. But when a mission goes wrong, Jean is exposed to a dark and ancient power. This power has destroyed everything it comes in contact with, until her. Now that this power is becoming unstable, she releases it with destruction and anger. Now that this foreign power is consuming her, and the world is threatened, the X-Men have to face an important truth: they must save either the world, or their friend who threatens it. 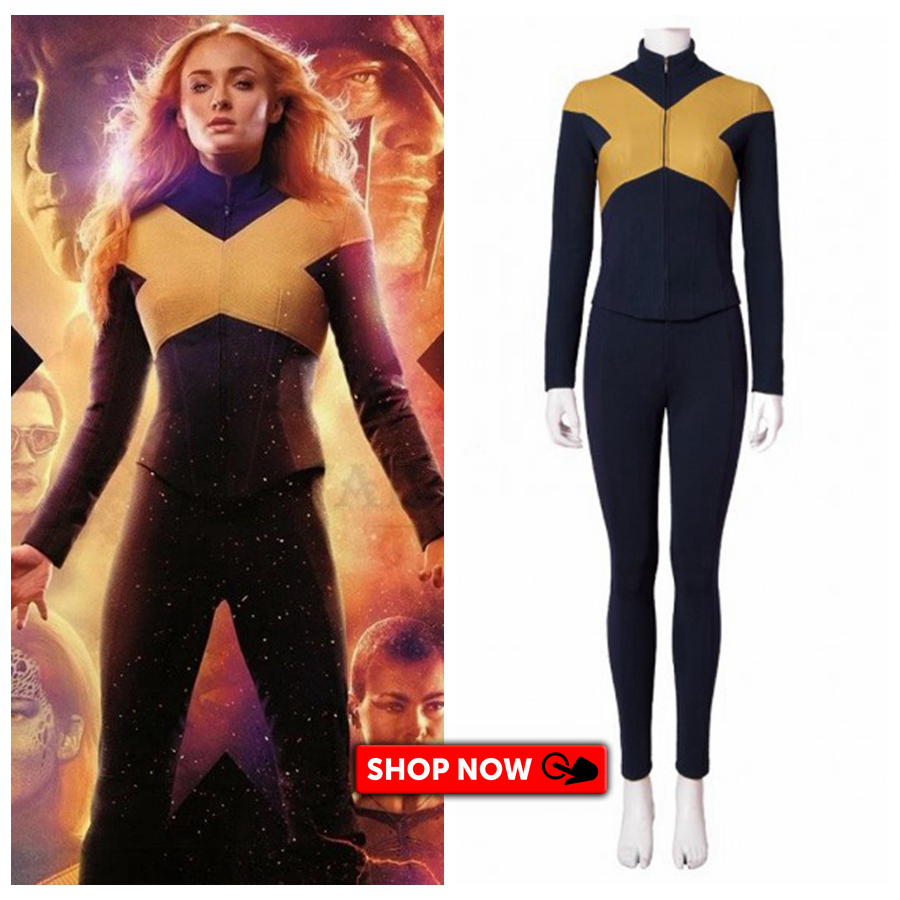 Disney’s Aladdin gives us Agrabah, a shining gem in the middle of endless sand spotted with a random oasis or ancient cat-headed cave. One might think that the greatest wealth of Agrabah would be the beautiful palace and the wealth of the Sultan and the royal family. But, Disney has a way of making sure that the true treasure of a place is just a bit less obvious. What magic and wonder truly awaits in these Arabian nights?

If you’re looking to open up a whole new world, why not consider dressing up as Jasmine? She’s a princess that breaks the mold. She hasn’t been hoping for a prince for her life. She’s been dreaming of the wide world outside the palace walls! Make her adventurous yet elegant look your own when you slip into one of these gorgeous Jasmine costumes! Billowy blue pants and gold trim will put you into an instant Arabian night state of mind! 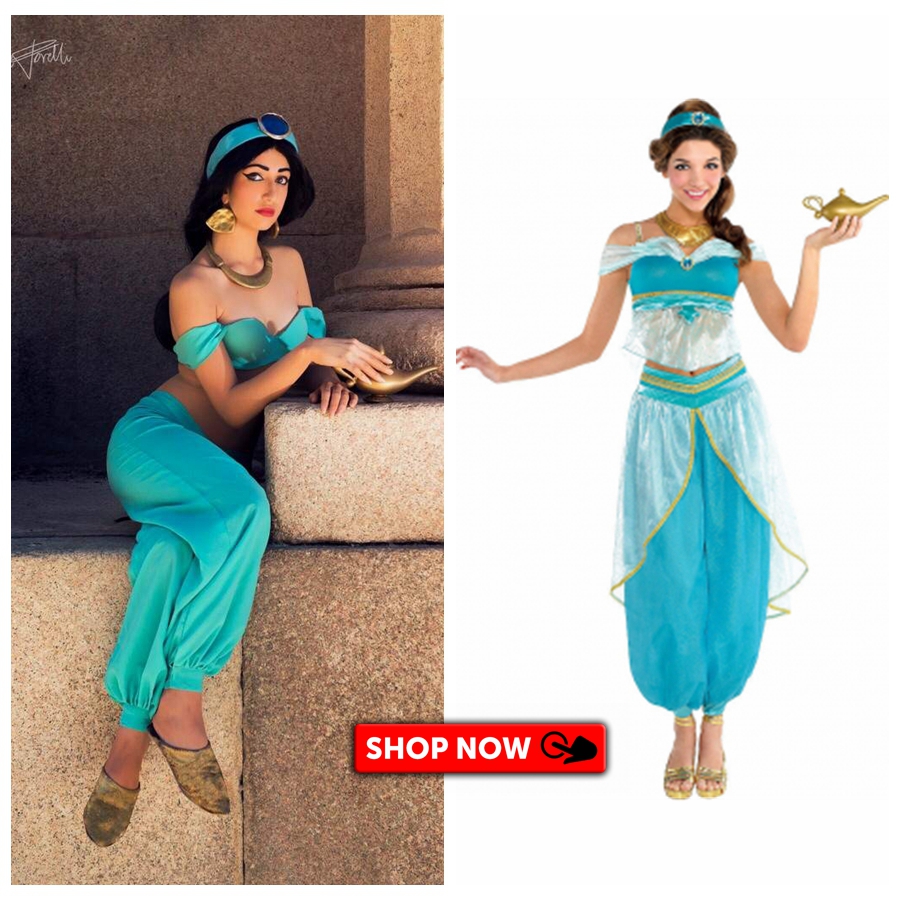 Besides these choices mentioned, there are thousands of cosplay costumes out there and you can find them easily on XCOOS.com. Halloween Presale is gonna released on August 1st, be ready to browse the site and save you big!