Pretty babe is always what people tend to check out at any Comic-Con, right? There is no wrong for everybody liking pretty stuff cause that’s the instinct of human being. For the part of girls, you must also dream of blowing people away by showing your charm on comic-con you attend to, but how? There is a list of 9 Popular Female Cosplay Costumes That Never Fade Out, after finishing this, you will figure out what to wear to make you popular next time.

From costumes based on popular movie characters to Disney figures and TV stars, we have everything you need. 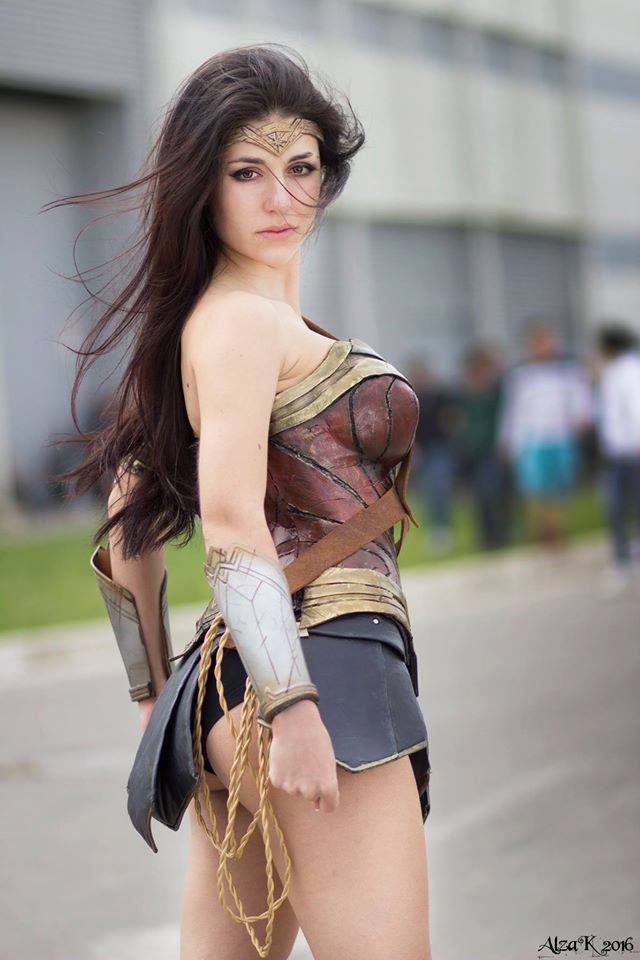 Can’t get enough of Wonder Woman star Gal Gadot? Maybe it’s time for you to cos as her!

This is the most recent design from the superheroine and is bound to amaze big time. So it’s definitely going to the list of Popular Female Cosplay Costumes. It comprises a stunning gladiator skirt in blue leather attached to a maroon corset. The top section features a striking bronze trim. It mirrors the maroon and bronze knee-high gladiator boots. To complete the combo, you get a tiara, bracers, and armbands. All you need now is the right attitude and your Diana Prince impression will be perfect. 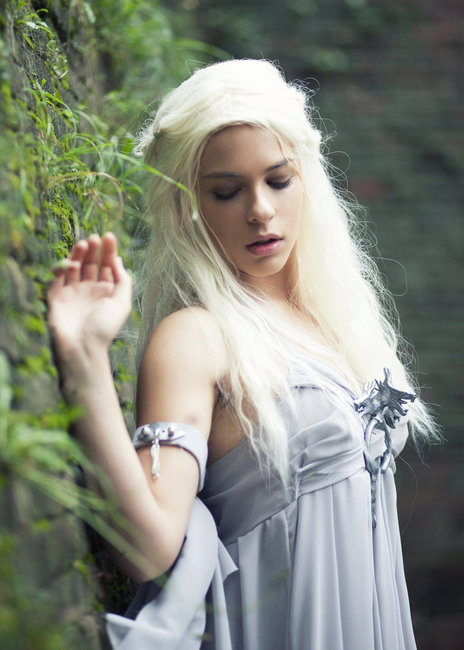 Who would not want to pull off a Dany outfit at Comic-con?

Daenerys Targaryen Cosplay Costume is the wedding version she wears in Game of Thrones. This is the classical and eye-catching queen dress costume is made of beautiful light fabric in silver color. The great finishing details make it look super high class, metal details on the dress make it even more special and powerful.

The silver Dragon Mother cosplay costume is sure to stun everyone, you’ll really look like something that just stepped foot out of the Game of Thrones set with this stunning dress. Unleash your inner goddess with this super comfortable fitting dress that is customized to fit your exact body measurements. The materials have been beautifully woven together and deliver a breathtaking look that is sure to steal the attention at ay cosplay party. 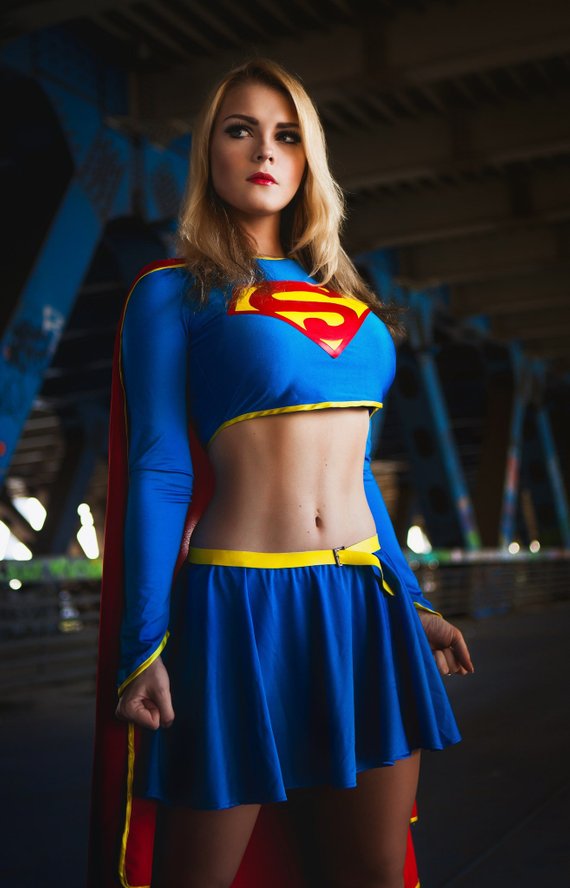 Super Girl is none the less loved and gawked over by everyone within visual distance. You’re blonde and hot; technically, you don’t even need a costume.

To recreate Supergirl’s popular look, start with a women’s Supergirl dress costume, super combat boots, one-piece suit, skirt, waistcoat, and cloak. These costume pieces will make it possible for you to dress in disguise as Kara, and then you can make a quick reveal of Supergirl’s superhuman side with her superhero costume. This is such a fun costume to try out! 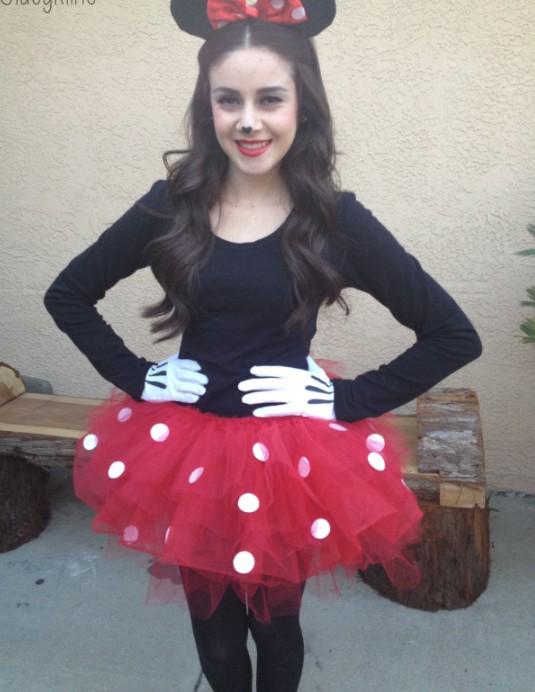 For all girls in the house who never quite got over the Minnie Mouse fascination, here is a way to relive those good old times. This costume features the signature bow and heels without which no Minnie outfit is complete.

And to celebrate her great sense of style, it comes in red, black, and white polka dots. This means you get to enjoy a day in the fantasy world and look sexy. The strapless top corset buttons up on the front and has a lace-up design on the back.

The lace-fringed skirt completes the look leaving no room for guesswork. Who would have thought a Disney outfit could look so amazing? Don’t keep the surprise to yourself, spread the cheer at the next cosplay event by wearing this popular female cosplay costume and enjoy the reactions. 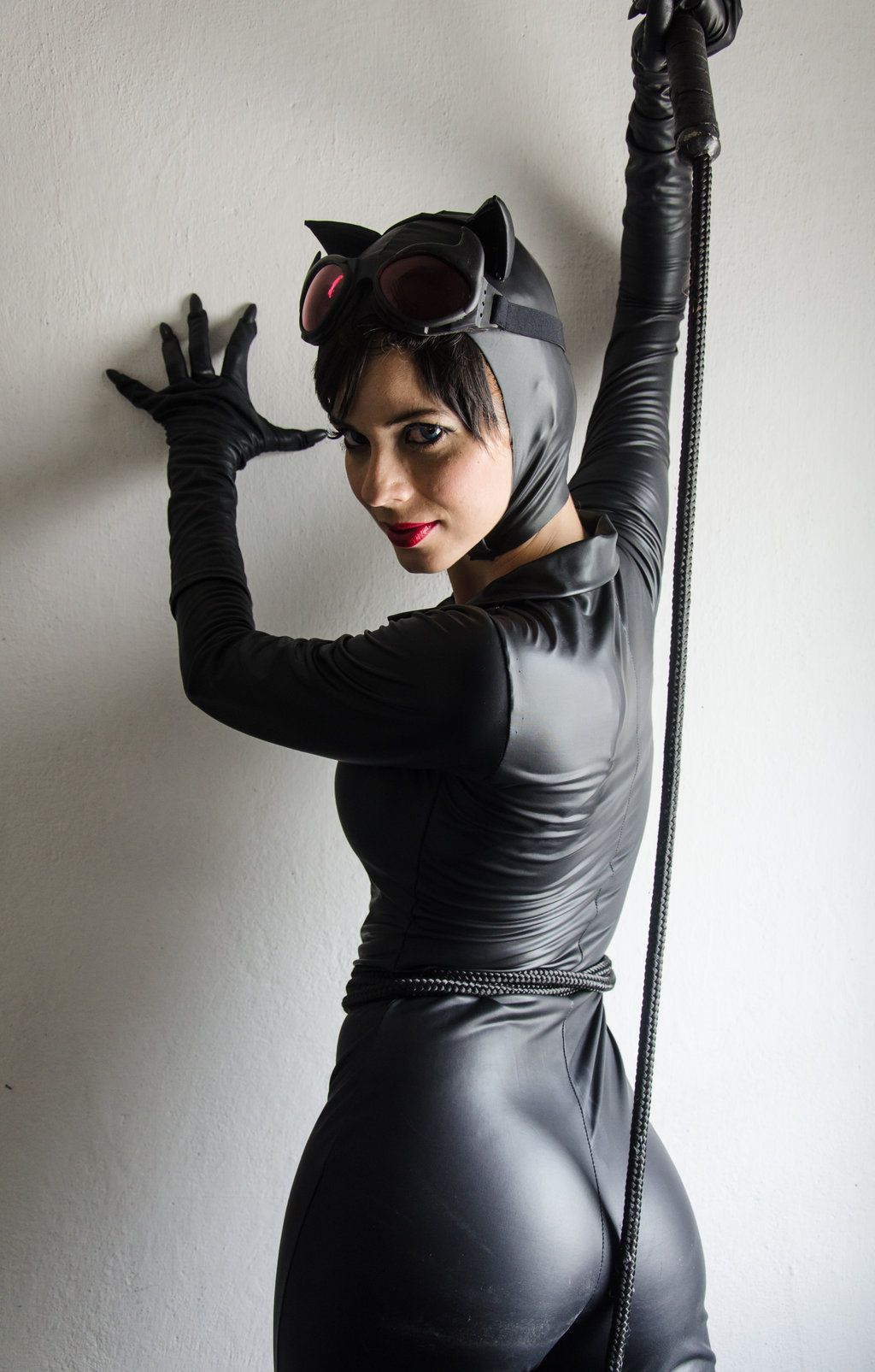 Catwoman Selina Kyle becomes a sex symbol as well as a master cat burglar. So has her sex appeal by wearing this popular female cosplay costume and you will get to experience the new age of sexiness.

A sleek and seductive jumpsuit come included with leather strap details and shows off your gorgeous shape. The stunning and long black gloves fit snugly up to the elbow and complement the come-hither eyemask and matching headpiece.

When dressing as Cat Woman, you have many versions to choose from. Do you go with the Kitt, the Pfeiffer, the original, or the most modern incarnation? Here’s a tip: there is no wrong answer. Cat Woman is hot, plain and simple. 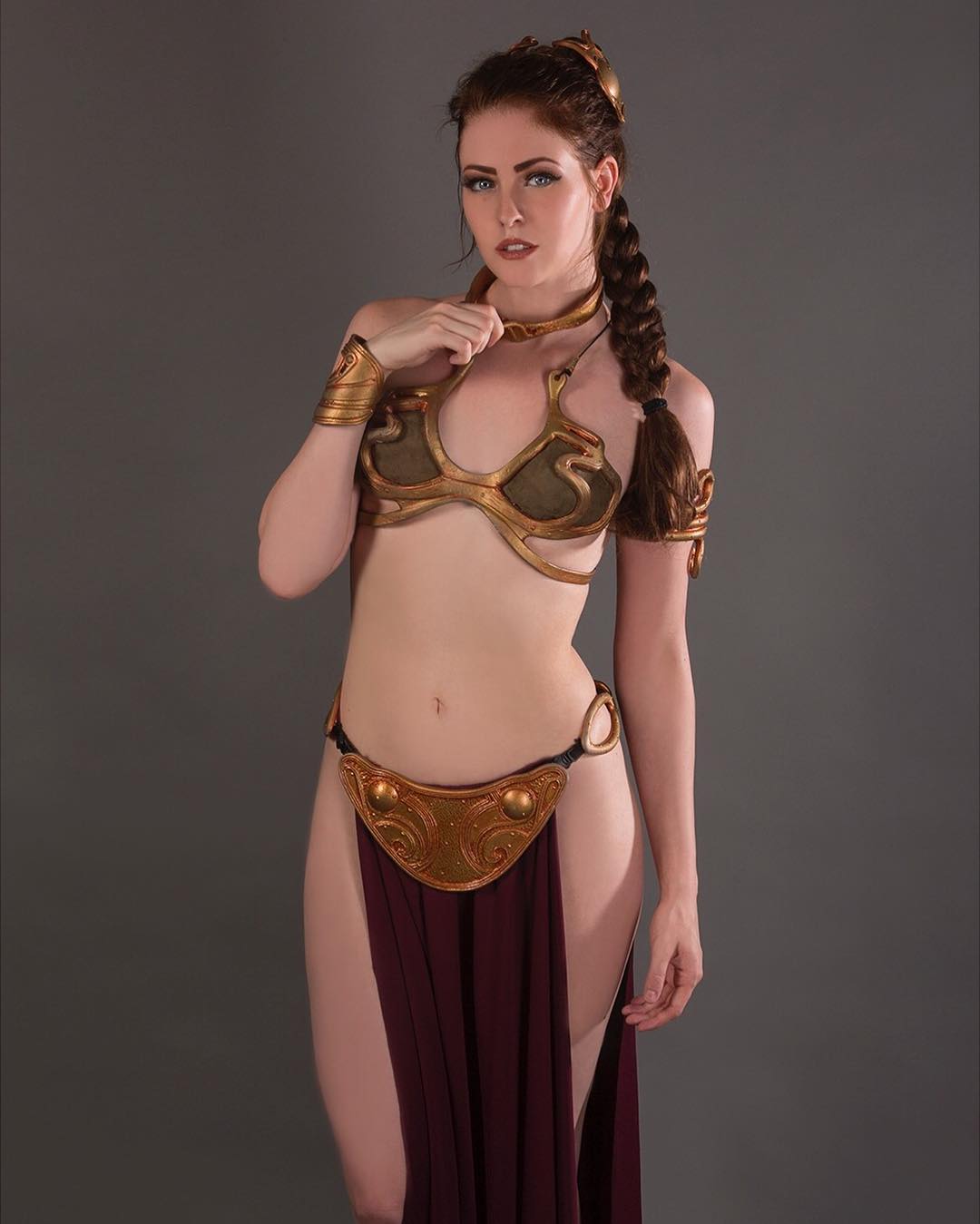 Featured only in two scenes, the costume has nonetheless made Carrie Fisher an iconic sex symbol, and is often imitated by female fans at Star Wars Celebrations and is a popular cosplay at comic cons. The slave Leia costume has been elevated to pop culture icon status, spawning various spoofs and parodies and even a dedicated fansite. The outfit has also become a popular Halloween costume.

One Wired editor stated the only reason for the outfit’s fame is “no doubt that the sight of Carrie Fisher in the gold sci-fi swimsuit was burned into the sweaty subconscious of a generation of fanboys hitting puberty in the spring of 1983.” 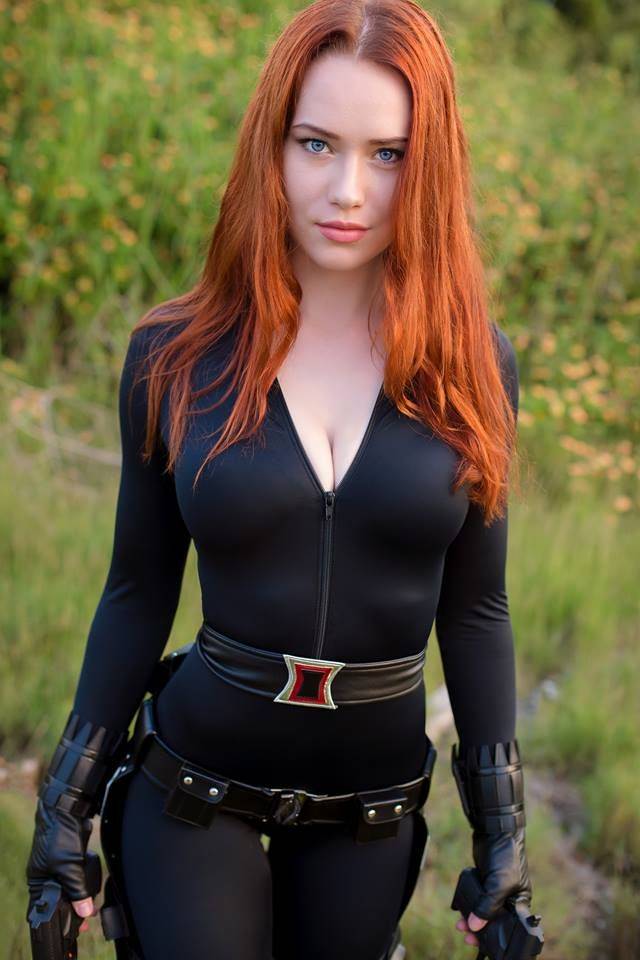 The character Black Widow was introduced as a Russian spy, an antagonist of the superhero Iron Man. She later defected to the United States, becoming an agent of the fictional spy agency S.H.I.E.L.D., and a member of the superhero team the Avengers.

The Black Widow was visually updated in 1970: The Amazing Spider-Man reintroduced her with shoulder-length red hair (instead of her former short black hair), a skintight black costume, and wristbands which fired spider threads. This would become the appearance most commonly associated with the character. Now you can bring her sexy strength to live by wearing this popular female cosplay costume. Let everyone know that you are a force to be reckoned with in this form-fitting full body jumpsuit, 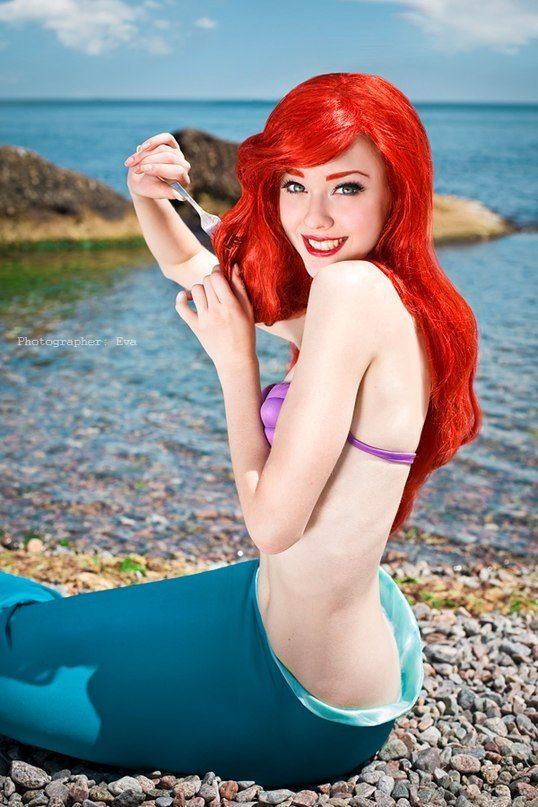 The Disney princesses may seem a little out of place when it comes to Comic-con, but who can really complain about grown-up sexy versions of cartoon characters you’ve been strangely and secretly attracted to since before you realized that Ariel was just wearing two purple clam shells over her boobs. They are certainly more welcome in this crowd than the fat hairy guy who dressed up as Sailor Moon and knows every episode of Pokemon by heart. 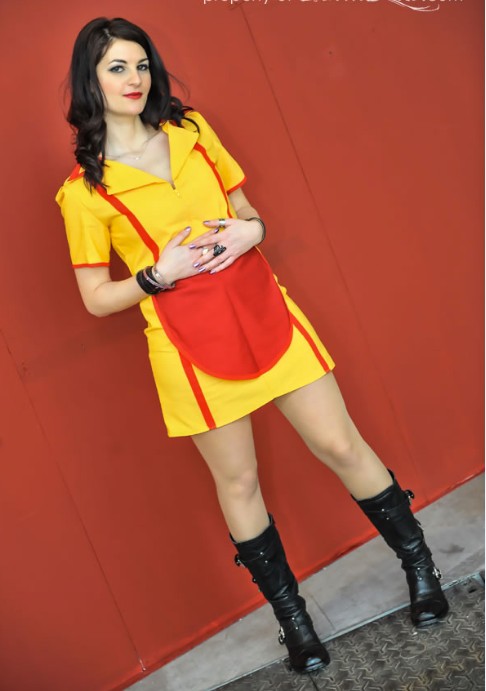 You know the show. You love comedy. But if you’re anything like us, you’re probably stuck between deciding if you’re more of a Max or a Caroline?

If you’re on the fence about whether you’d rather be a Caroline or a Max, you can wait until the day-of to decide when you get this costume — because we’ve included both name tags! Better yet, pick up two of these officially licensed costumes, a blonde wig, and a brunette wig, and you can flip a coin with your BFF to decide which classic character you’re going to be. With the on-screen style straight from the hit CBS sitcom, you’re sure to be the costumed couple that everyone loves getting a chuckle from!

After finishing this list of 9 Most Popular Female Cosplay Costumes That Never Fade Out, do you feel like dressing up as one of them? If you do, we can help you here by providing fine Movie Cosplay Costumes so you can translate to characters of movies just so easily! You can just place the order at Xcoos.com.

All our cosplay costume are hand made by high-quality material and designed from the original version of the movie characters. Thousands of cosplay costumes available for your choice, custom-made service is also provided for free. If you have any future needs or concerns, please feel free to contact us by us: [email protected]