Last friday, Frozen 2 was released simultaneously in North America and mainland of China, recently this movie sequel which mainly talks about female growth has been a real hot topic, in the mean time, it also performed well on the box office. In additon to the great plot of the film, those various style of costume also catches many audience’s attetion. So today I’ll talk about some impressive Frozen 2 cosplay costume. With further ado, let’s get started. 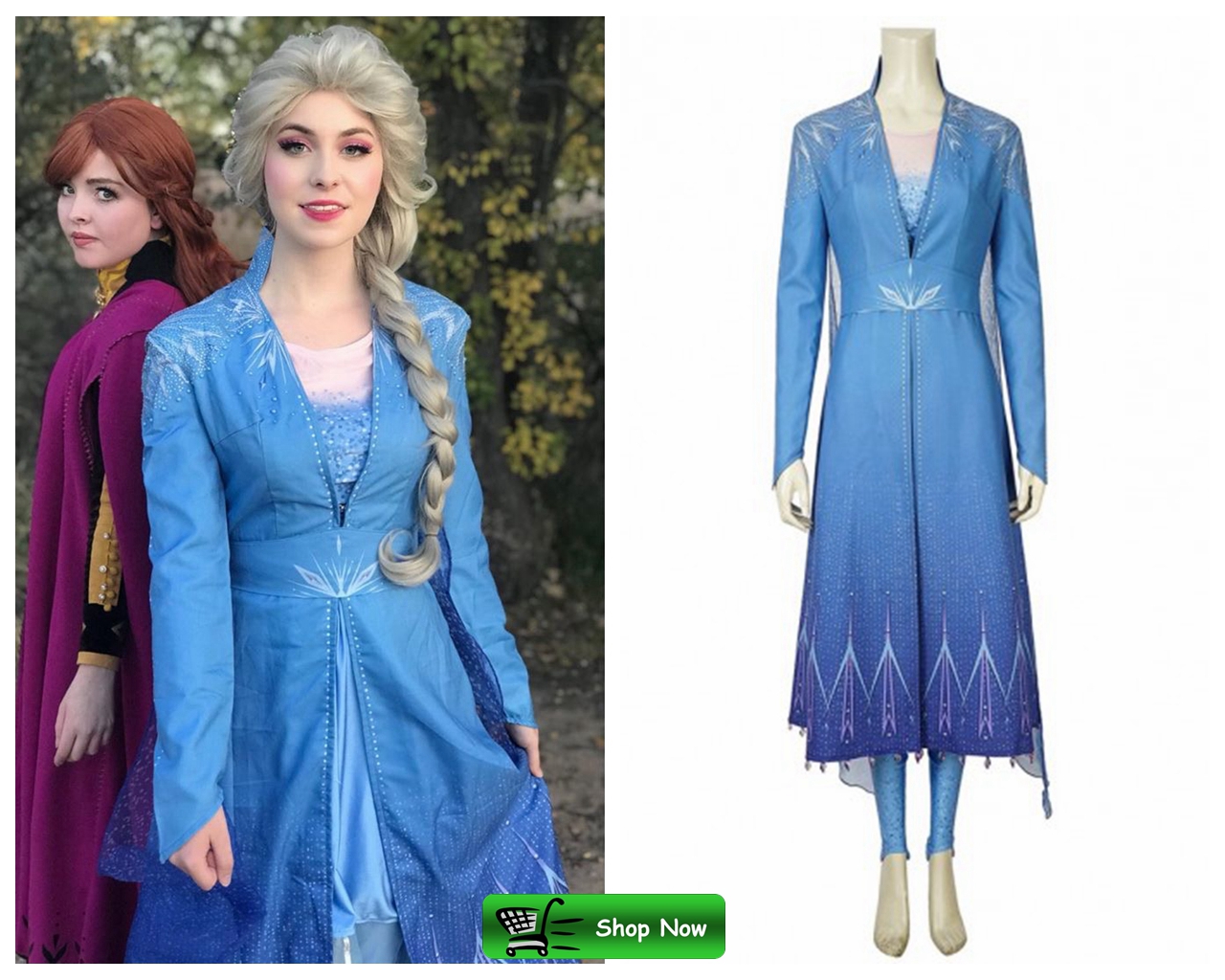 Elsa is the deuteragonist of Disney’s 2013 animated feature film, Frozen, and the protagonist of its 2019 sequel. Born with the power of ice and snow, Elsa is the firstborn daughter of King Agnarr and Queen Iduna, older sister of Queen Anna, and the former queen of Arendelle. Throughout most of her young life, Elsa feared that her powers were monstrous. Therefore, she isolated herself from the world as a means of protecting her family and kingdom. Elsa’s anxieties would eventually trigger a curse that plunged Arendelle into an eternal winter. Through Anna’s love, however, Elsa is able to control her powers and live peacefully amongst her people with newfound self-confidence. Three years into her reign, Elsa discovers that she is connected to the elemental spirits of an enchanted forest, and abdicates the throne to join them as the fifth spirit. From them on, Elsa remains in the forest as its guardian and the bridge between the spiritual and physical worlds. 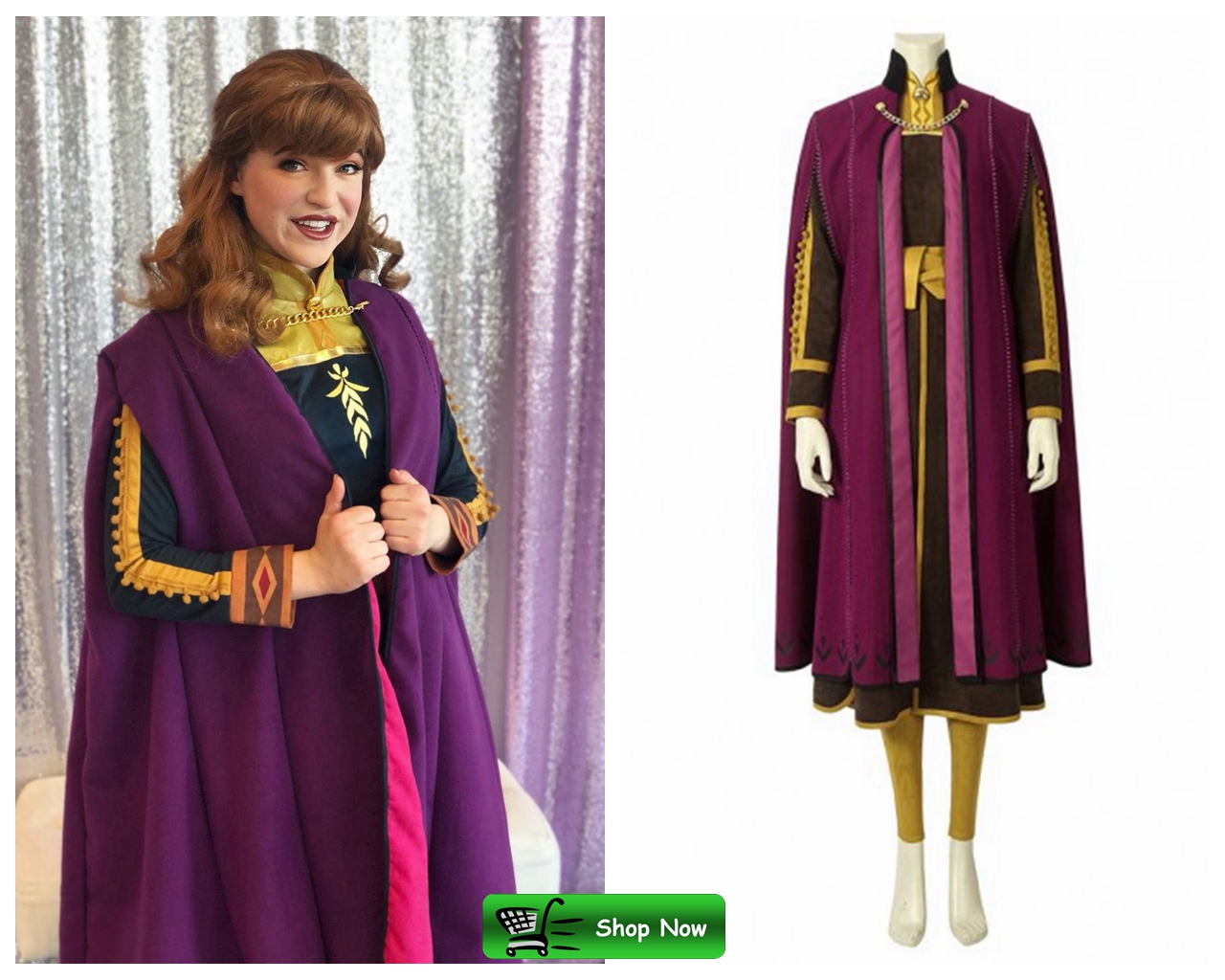 Queen Anna of Arendelle is the protagonist of Disney’s 2013 animated feature film, Frozen, and the deuteragonist of its 2019 sequel. She is the second-born daughter of King Agnarr and Queen Iduna, the younger sister of Elsa, and the contemporary ruler of Arendelle. During their childhood, an accident involving Elsa’s magic created a rift between the two sisters, leaving Anna devoid of love and human company for many years. Despite this, Anna remained big-hearted and optimistic, albeit socially awkward. When their estrangement incidentally triggered an eternal winter, Anna embarked on a perilous journey to save her kingdom and mend the broken bond between herself and her sister. Three years after her adventure, a rekindled Anna and Elsa embarked on another journey to confront the elemental spirits of an Enchanted Forest. Upon their journey’s end, Elsa remained in the forest to join the spirits, while Anna was crowned Queen of Arendelle. 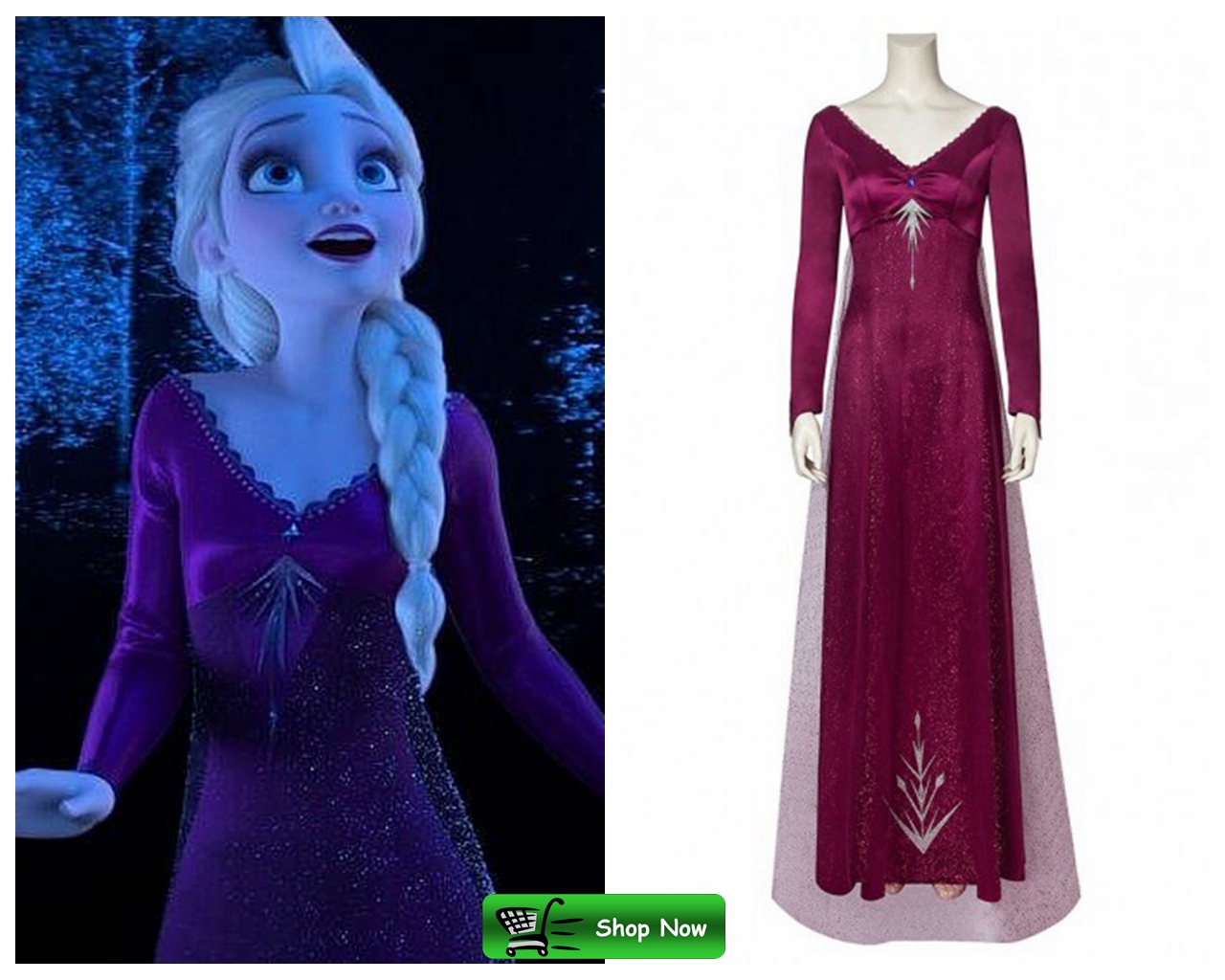 Elsa is the daughter of Agnarr and Iduna, older sister of Anna, and the former queen of Arendelle. Elsa was born with the powers to manipulate ice and snow and used them to entertain her sister. However, Elsa’s lack of control resulted in her living in fear of hurting anyone with her powers, and she spent much of her early life shut out from the world. Though it pained her greatly to do so, Elsa also saw it necessary to distance herself from Anna, so there would be no risk of hurting her. After her powers were exposed and nearly harmed several people, Elsa fled Arendelle to ensure such an incident never occurred again. In spite of her self-imposed exile, Elsa found peace, finally able to experiment with her powers without the fear of causing any more harm. Ultimately, Elsa was able to rekindle her relationship with her sister after learning how to fully control and appreciate her powers. 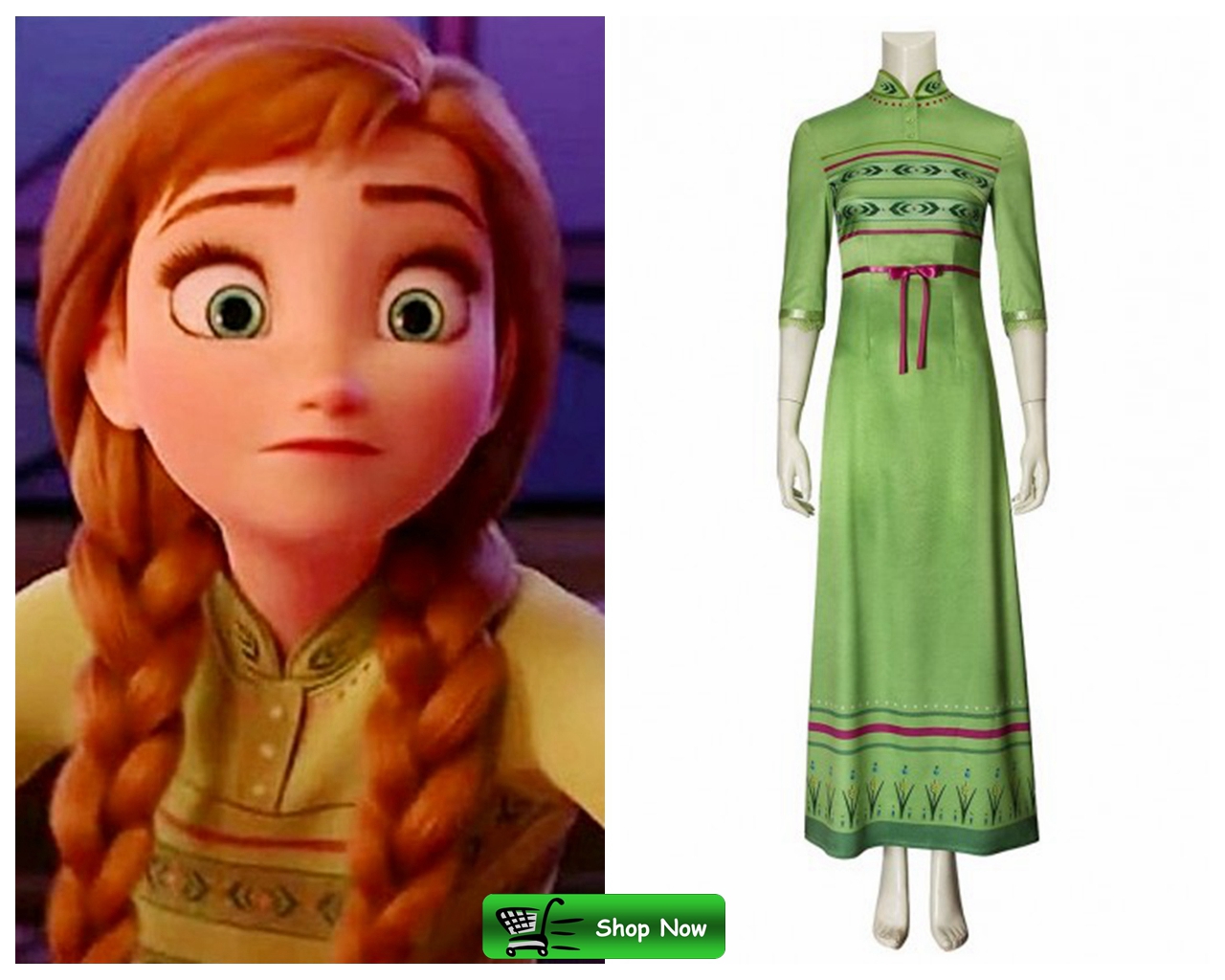 Anna is the daughter of Agnarr and Iduna, younger sister of Elsa, and queen of Arendelle. She was extremely close with Elsa, but an accident during their childhoods prompted their parents to separate them from each other and the outside world. During the long years that followed, Anna tried repeatedly to spend time with Elsa but to no avail. This isolated existence was made complete by the sudden deaths of Agnarr and Iduna, leaving Anna to truly fend for herself. Despite the tragedies she endured, Anna was still hopeful for the future. When Elsa fled the kingdom due to the exposure of her ice magic, Anna took it upon herself to bring her sister back, regardless of the potential danger. After Anna inadvertently showed Elsa the key to controlling her powers, the rift between the two sisters was at long last healed. She also began a romantic relationship with the ice harvester, Kristoff, who assisted in her journey. 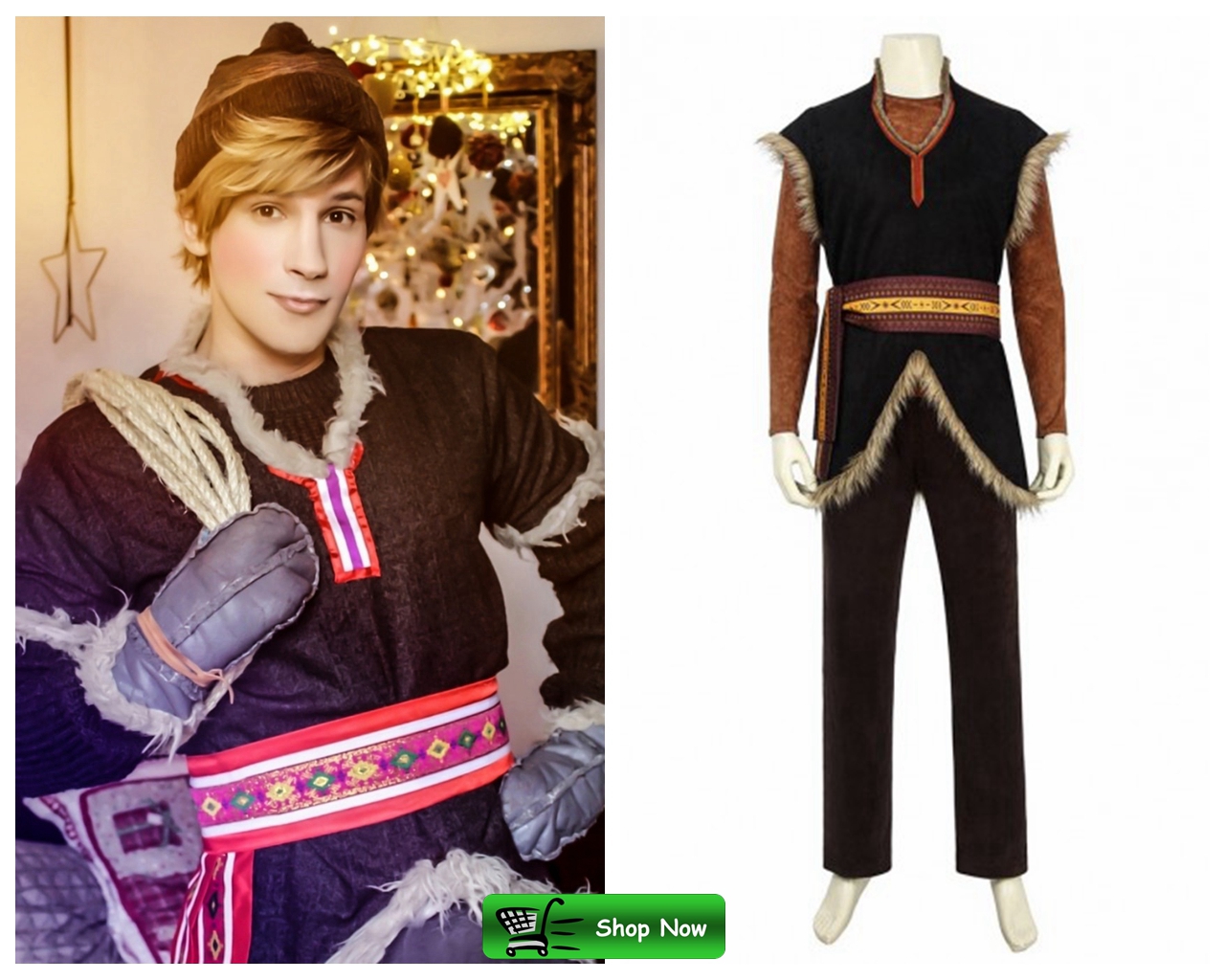 King Kristoff of Arendelle is the tritagonist of Disney’s 2013 animated feature film, Frozen, and a major character in its 2019 sequel. He is a Sámi outdoorsman that worked as an ice harvester with his reindeer, Sven. Having been raised by a colony of trolls, Kristoff was initially wary of humans, believing them to be cheating crooks. His outlook would slowly change upon meeting Princess Anna, whose warm-heartedness would prove that people aren’t as bad as he believed. By the end of their adventure, Kristoff and Anna would form a romantic relationship. They became engaged three years later, around the same time that Elsa abdicated the throne to Anna. This, in turn, made Kristoff the king consort of Arendelle.

Of course there are more excellent costumes in Frozen 2, if you have found one, welcome to leave it in the commen column, and if you’re interested in one of the costumes above, and want to buy it, please go to xcoos to get it. And costume in Frozen 2 is on sales now, so you’d better seize the chance to buy it at real low price, hope you have a pleasant shopping experience on our website.