Collection Of Zentai Suits In The Flash I’m sure many of you have heard of the Flash before, this American superhero television series was a instant hit once it’s released, a lot of people are attracted by the superpower of the protagonist “Barry Allen, and above all, there’re lots of zentai suits shown in the series which leaves a deep impression on many audiences, and many cosplayers also love to cosplay the character in the Flash with the corresponding costume, so today I’m going to sum up some great,classic and impressive zentai suits in this series. If you’re a fan of the Flash, don’t miss this article. 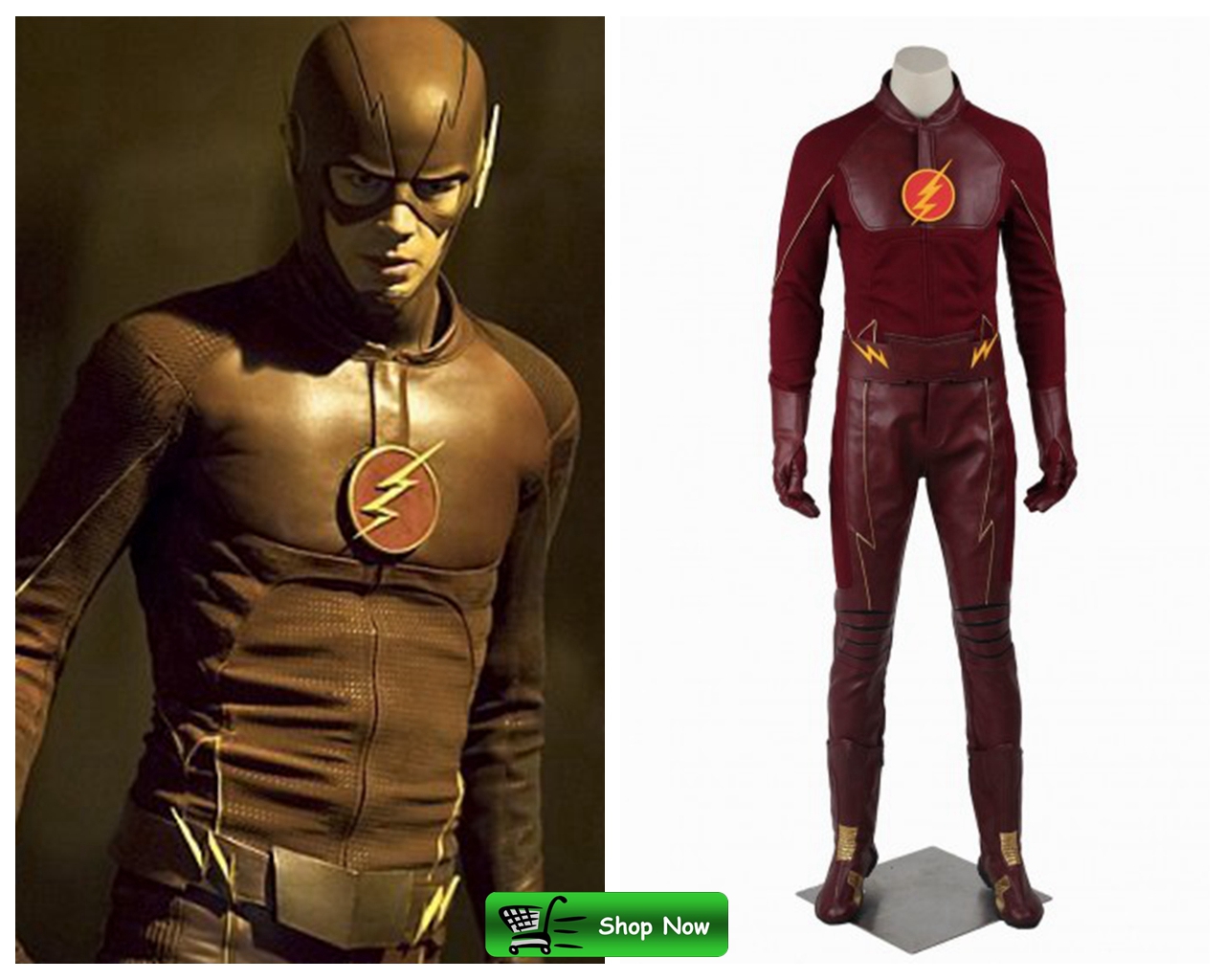 The orginal suit deigned by Cisco featured a red, skintight bodysuit originally designed for firefighters to wear in action. Cisco upgraded it, added a gold lighting bolt logo to the chest, and Barry began to wear it as he took on protecting Central City first as the Red Streak and then as The Flash. Cisco modified it as they went along giving it additional features as they became necessary. As suits go, it’s nice enough but it lacked some of the more iconic details future incarnations of the suit would feature.

Barry Allen The Second Suit(Season 2 and 3) 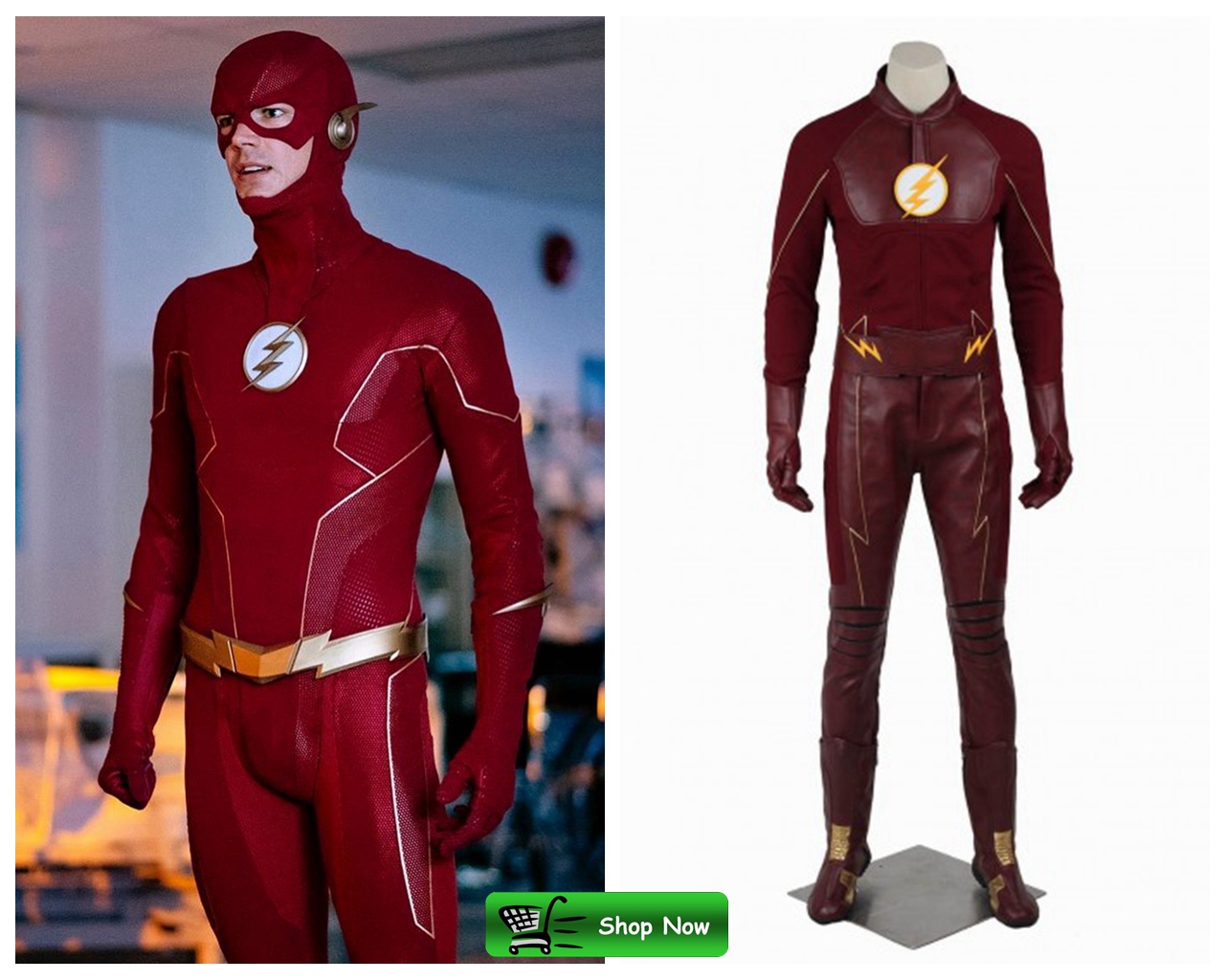 While it’s highly similar to the Season 1 suit — the biggest change being the coloration of the chest symbol from red to white — it’s the second Flash suit as featured in Seasons 2 and 3 that takes the top spot on our list. The fact that it was featured for such a long stretch of time as compared to the other suits that factors heavily into our ranking. While the first suit was exciting and the current suit is the most comics-accurate, this second suit feels the most like The Flash to us. 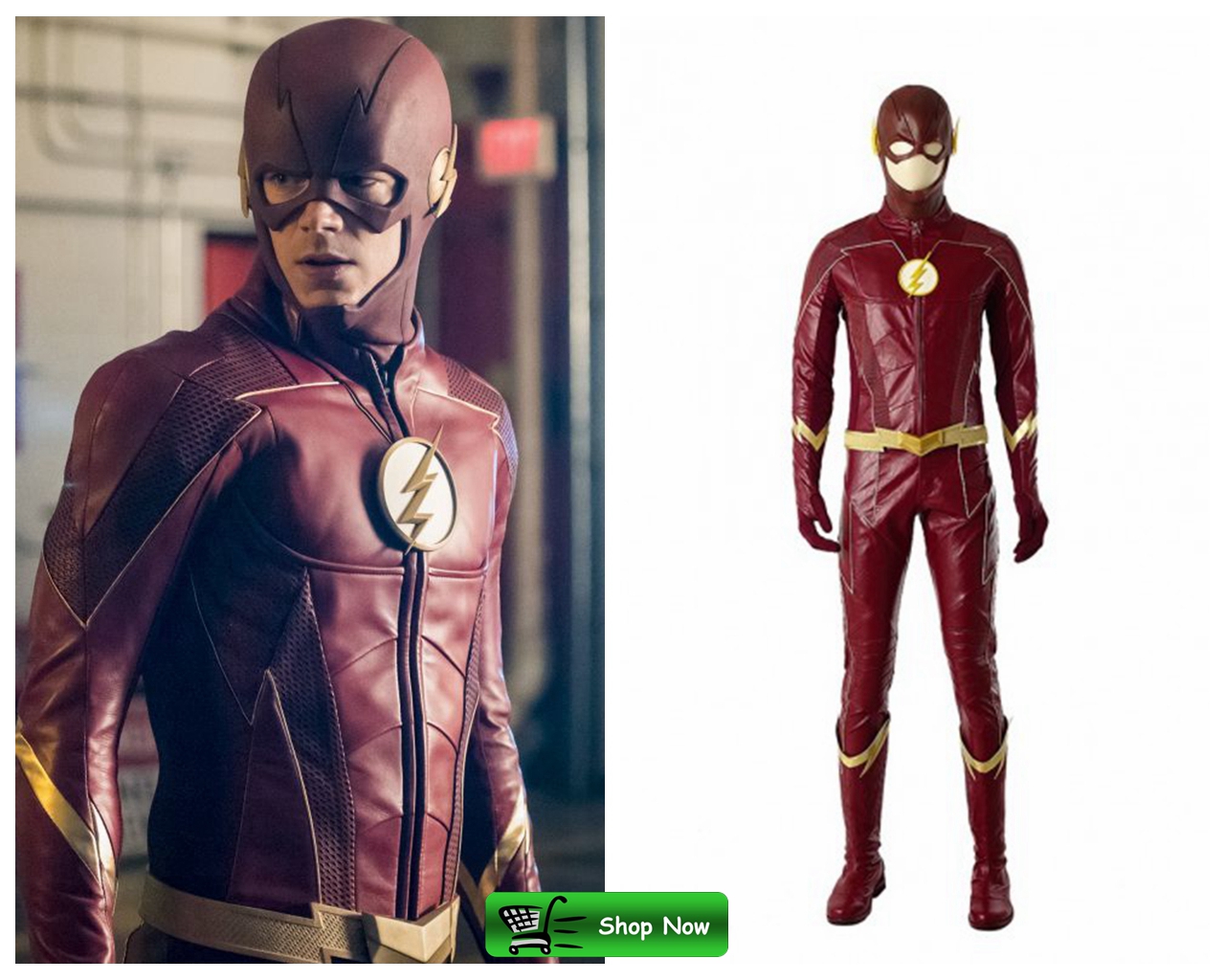 Fans first got a look at the suit taking our number 2 slot when, in Season 3 episode “The ONce and Future Flash”, Barry runs to the future to get information that might help him defeat Savitar in the present and save Iris. The suit makes its appearance when, after 2017 Barry attempts to get future Team Flash back together to fight Mirror Master and Top, Future Barry comes out of his depression-fuelled reclusives state, suits up, and joins the fight. 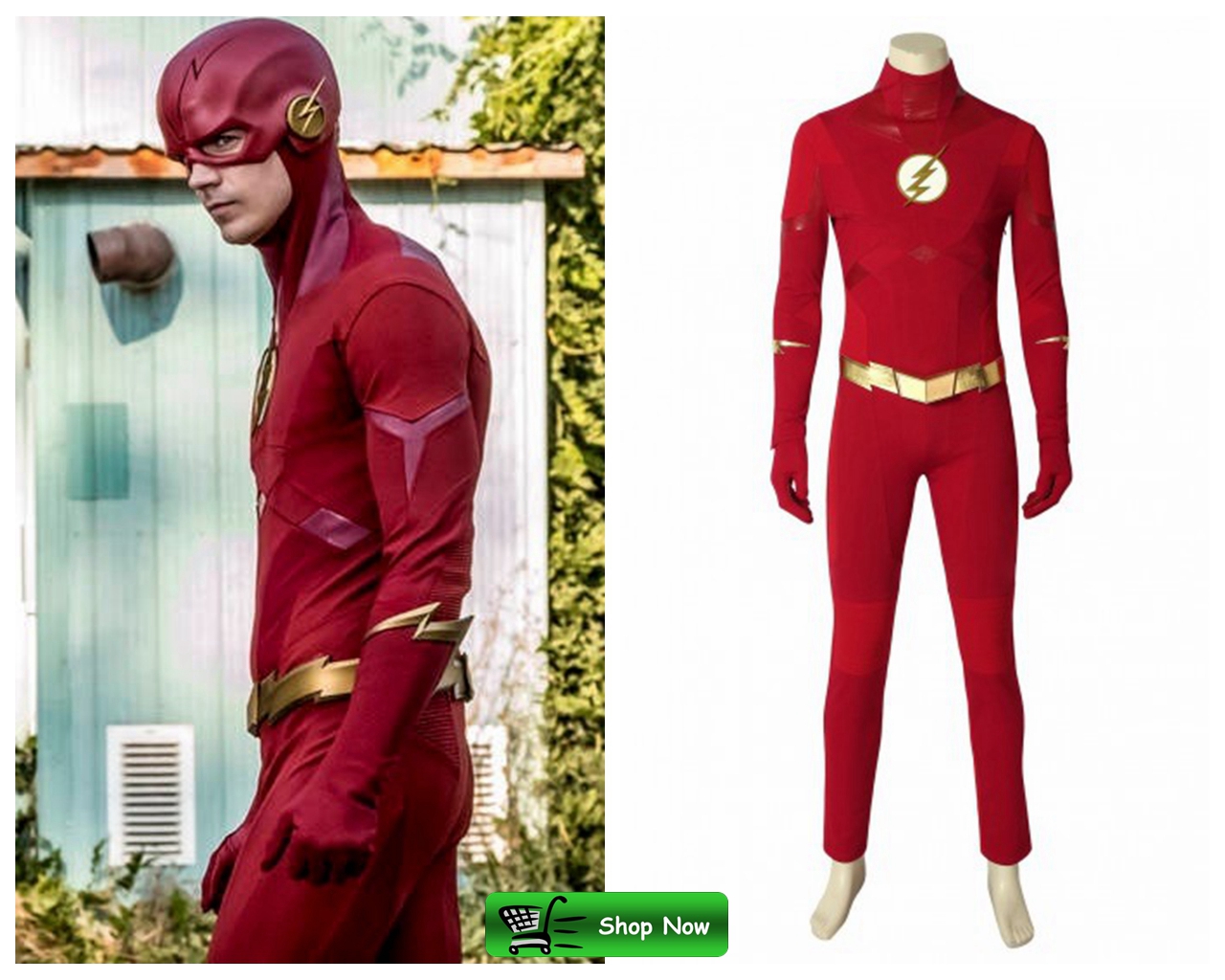 The latest incarnaton of the Flash suit makes the third spot on our list for a variety of reasons. For starters, it’s the brightest color of red yet giving it a distinctively comics-accurate look. The solid, gold-toned belt is a great touch, it’s not as bulky and leather-heavy as previous suits and perhaps the coolest part about the suit? It’s stored within the Flash ring for easy transportation and storage. The suit comes from some point in the future where it is designed by Ryan Choi. It makes its way to 2018 thanks to Nora West-Allen (Jessica Parker Kennedy) who gives it to Barry after his previous suit was destroyed taking out The Thinker’s sattelite at the end of Season 4. 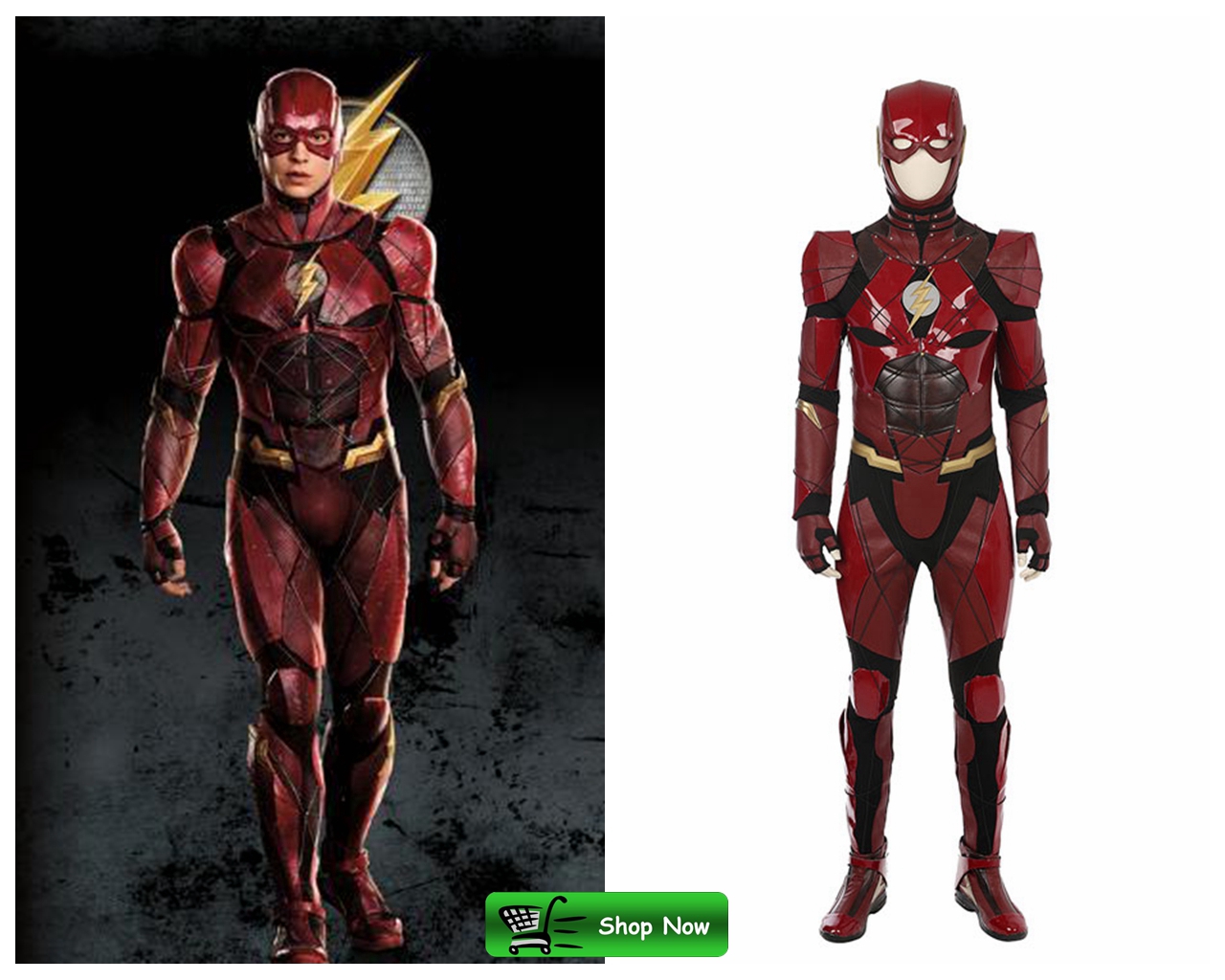 Barry Allen created the suit from a sophisticated anti-friction material to protect himself when running at superhuman speeds. The suit is composed of silica-based quartz and fabric, with Bruce Wayne noting that it is the same composite material that NASA uses to protect spaceships during reentry, in order to avoid burning up from the immense air friction encountered when Barry runs, as well as being cold resistant, in the event that it’s exposed to extreme temperatures. 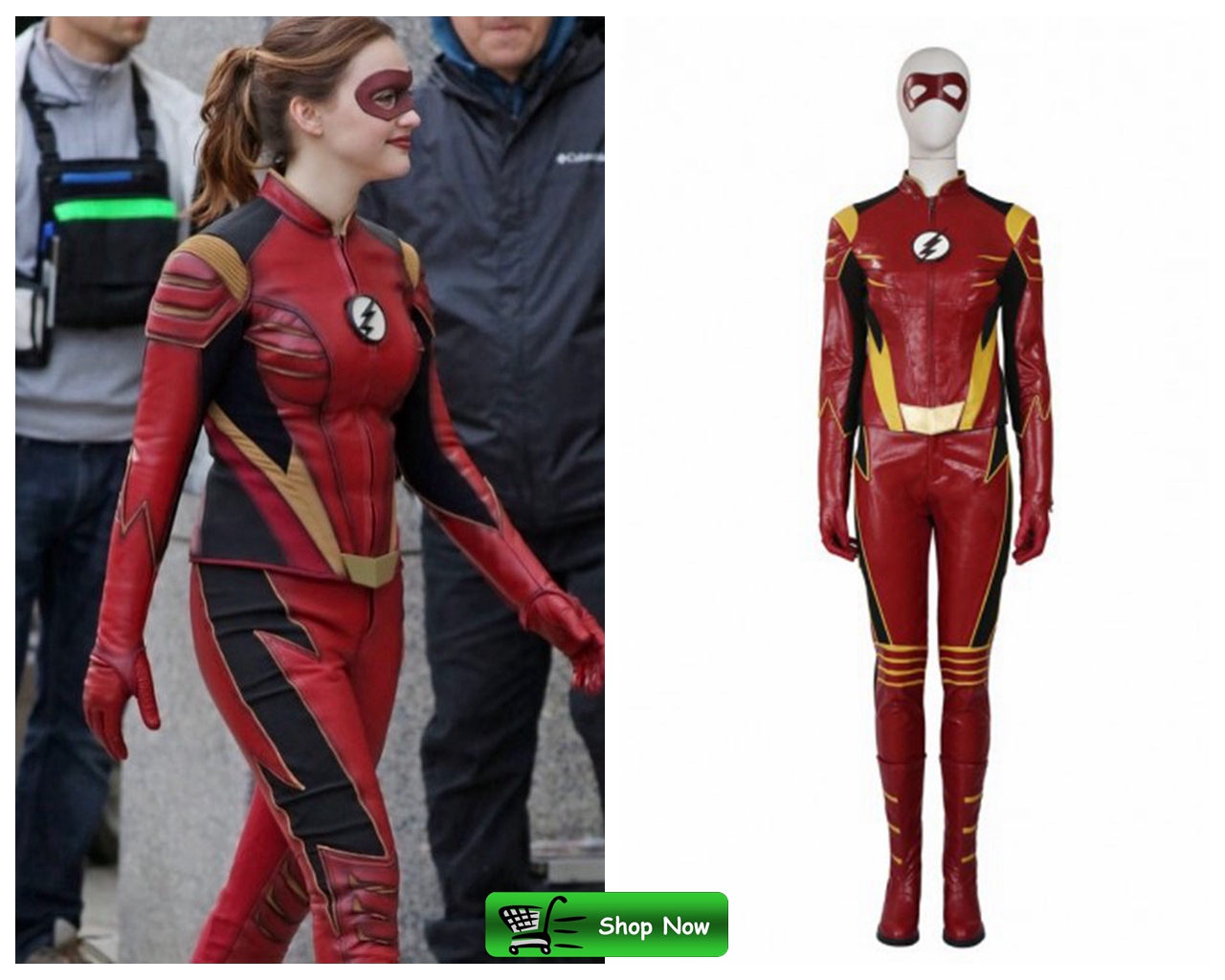 Jesse Chambers Wells, also known as Jesse Quick, is the daughter of the Harrison Wells and a late unnamed woman of Earth-2. A college student on her Earth, Jesse was used by Zoom in a plot to turn her father against Team Flash. After being hit by a dark matter wave from the S.T.A.R. Labs particle accelerator of Earth-1, Jesse gradually managed to unlock her Speed Force connection, becoming a meta-human speedster and superhero. After helping Team Flash defeat Grodd and his gorilla army, she decided to move to Earth-1 with Wally West, whom she was currently dating until they broke up. After learning Savitar had plans for her, Jesse left Earth-1 to take over for Jay Garrick as The Flash of Earth-3 until Savitar was destroyed and Jay returned from the Speed Force. Jesse then returned to Earth-2 to continue her heroics and lead her own team. 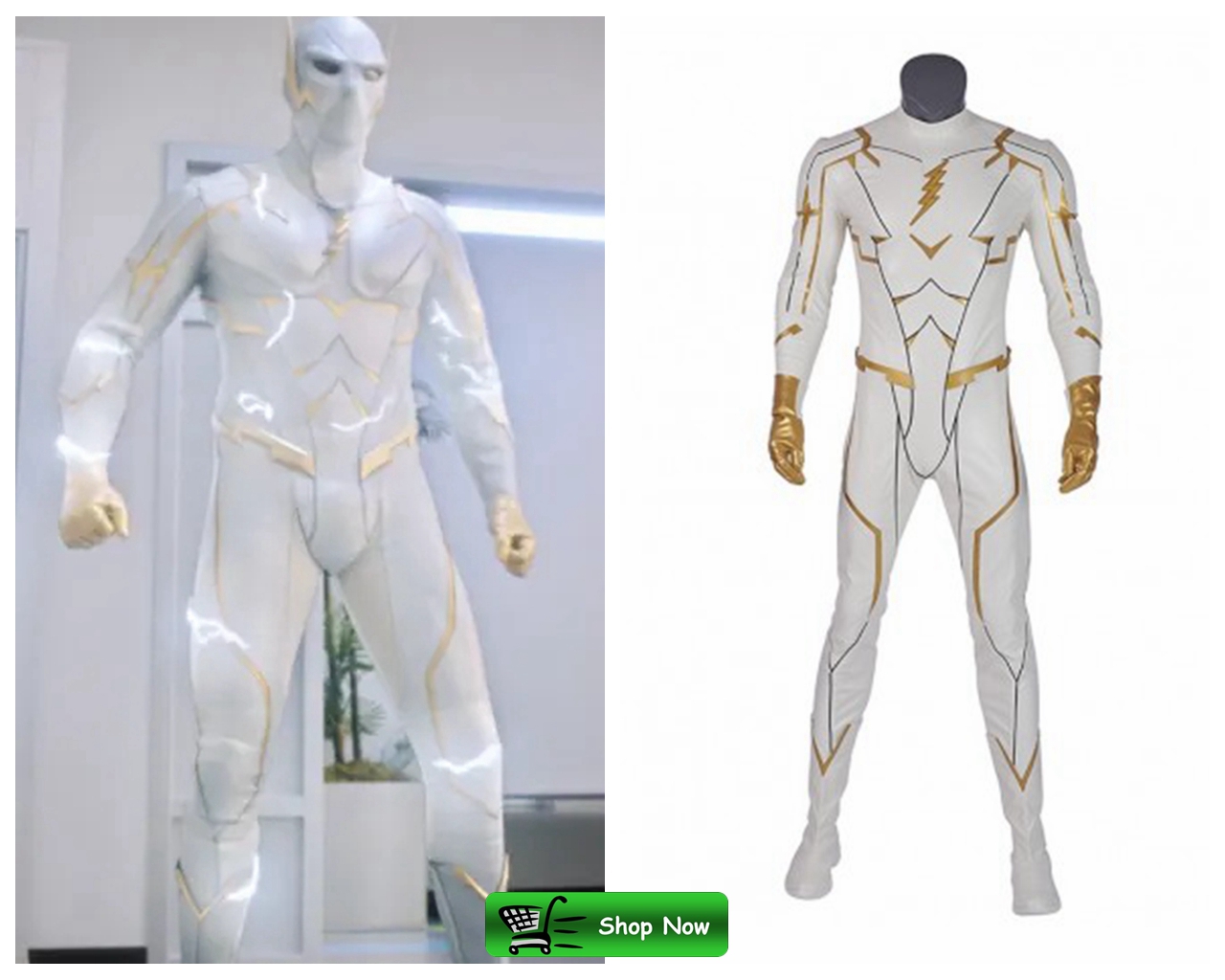 Godspeed Born August Heart also known as Detective August Heart is a Metahuman Speedsters and The Former Detective Partner of Barry Allen. August was the only witness to Barry’s accident, that turned him into The Flash. While going after a criminal organization called The Black Hole, August was struck by lightning during a Speed Force Storm in Central City. He became The Flash’s “Partner”, but in secret, August became the ruthless Vigilante known as “Godspeed”, and got his revenge on who he suspected to be his brother’s killer.

Anyway, these seven zentai suits above left a deep impression on my mind, if you have different thoughts about it, welcome to leave a comment at the bottom of the article. By the way, if you’re interested in one of these costumes, you can easily buy it on xcoos. And don’t forget to get coupons to buy it at real low price.