How to Make a Tenten Cosplay Costume With a Small Budget Several characters from Naruto is super hot in this summer again now, including Konan and Tenten. And we are going to talk about the cute girl today.  Tenten strives to emulate her and become a powerful kunoichi. Using her unparalleled weapon skills, she has become just that in her own right. Besides depicted as naturally inquisitive and observant, here appearance is what people concerned about too, especially who want to cosplay as her, so we are going to show you how to make your own Tenten cosplay costume with little budget. Click to check more Naruto cosplay costumes.

First, let us concentrate on her appearance and do some observation work first.

Tenten has black hair and grey eyes, both of which are depicted as dark brown in the anime. She wears her hair in two Chinese-style buns on her head with short fringe-bangs framing her face. She keeps this hairstyle consistent throughout Parts I and II. In The Last: Naruto the Movie, her hair buns are braided and held together by a short plait that falls just below her shoulders. As an adult, her braided-buns are still kept, but her straight bangs cover her forehead.

Tenten’s outfits serve as a reference to Chinese culture. In The Last: Naruto the Movie, Tenten wears a white sleeveless, high-collared qipao dress with red trimmings and a pink flame pattern on the left, tied with a maroon obi. Underneath, she has fishnet leg stockings and black high-heeled boots. She no longer wears her gloves and forehead protector, but wears a pair of black scrolls around her wrists like bangles, and has two scrolls in the color of green and light grey strapped on her lower back.

So now we are super clear about her appearance, and it’s time to learn how to copy her cosplay costumes in part 2.

What you need is listed here, you may get them from some second-hand store.
1. A long sleeved white turtleneck shirt
2. A pair of baggy red pants that are preferable to long
3. A pair of white skin tight shorts preferably go down at least halfway down your thighs
4. A pair of comfortable black flats
5. Black gloves
6. scrap black fabric
7. leaf headband preferably black
8. elastic for your pants legs 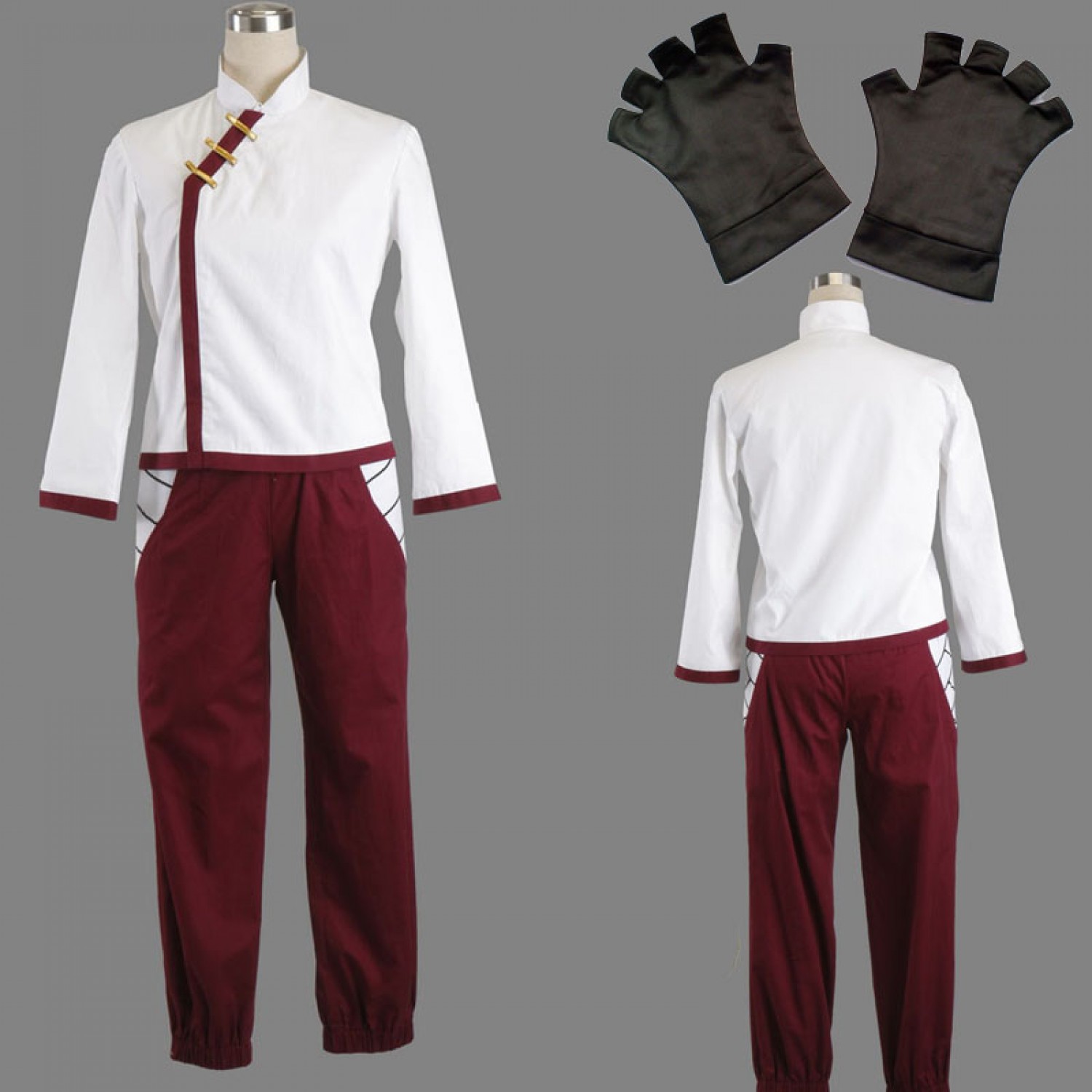 Now do something with what you have already:

1. cut the pants to size (keep extra for trim).

2. sow up the leg bottoms (make sure to sow it so the seem is on the inside and to leave enough room for the elastic).

3. now cut the pants at both sides so it looks like a rectangle with a 45-45 triangle at the bottom with the 90-degree angle facing down and the line where the triangle and rectangle meet about even with the bottom of your navel area.

1. cut the shirt so that the shirt on your right side goes all the way to the middle of your body.

3.now sow a half inch wide of the extra fabric from your pants around the bottom of the shirt starting from the bottom going all the way around and then up until about the length of the middle of your neck to the edge of the left flap of fabric and cut.

4. Then turn the strip so it still looks like it is attached to the first strip so that the strip falls right next to the cut on the collar of that flap and sow it on.

5. cut off any white on the rightmost area of the left flap.

6. now sow a two-inch wide strip of the extra fabric from the pants around the arms.

7. next you take three small strips of the black fabric and sow them so the two flaps are connected comfortably (you can sow them together more if it is too open for you).

1. cut the fingers off the gloves a little more than a fourth of the way down your fingers except for your thumb which is halfway instead.

2. sow the rough edges of the fingers down.

to not need a wig your hair would have to be brown and go at least down to the bottom of your shoulder blades but if you do fulfill these requirements here is how you do it.

1. leave your bangs but split the rest of your hair down the center and put it up in ponytails.

2. next take one ponytail and twist it around the hair tie and pin it up with hairpins and use hair spray to ensure it stays.

3. repeat with the other ponytail.

Hope you can get your own Tenten cosplay costume without hurting your wallet. This is all you need to go through if you don’t want to go to another site for help. If you are interested in seeing more useful cosplay DIY tutorial or more fantastic cosplay costumes, come to XCOOS.com to find them! 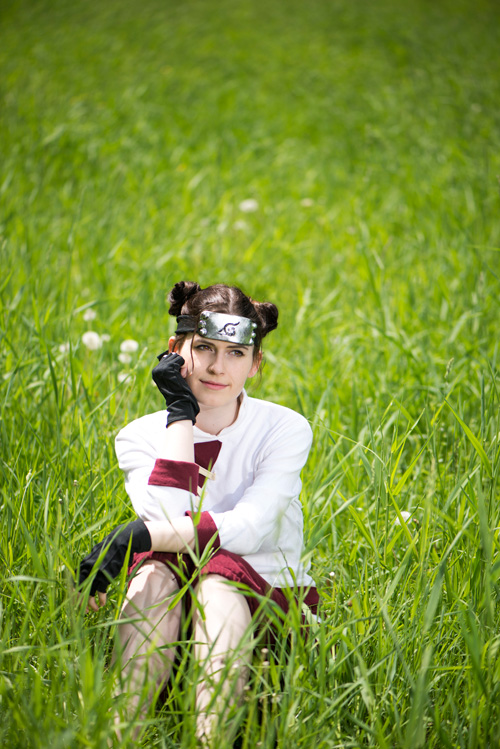