Recently I’ve noticed that for most of people, the notion of dressing up for Halloween inspires waves of anxiety, and as we know, there’s nothing worse than a costume that doesn’t translate. Any advice? Go as Joker-style costume. Especially with the realease of new movie “Joker”, I bet anything with the Joker style could be extremely popular! So when it comes to selection of last minute Halloween costume, why not take joker cotume into consideration? So today I’ve rounded up several classic and different versions of joker costumes, truth be told, these costume are actually going to make you look good on the Halloween party. 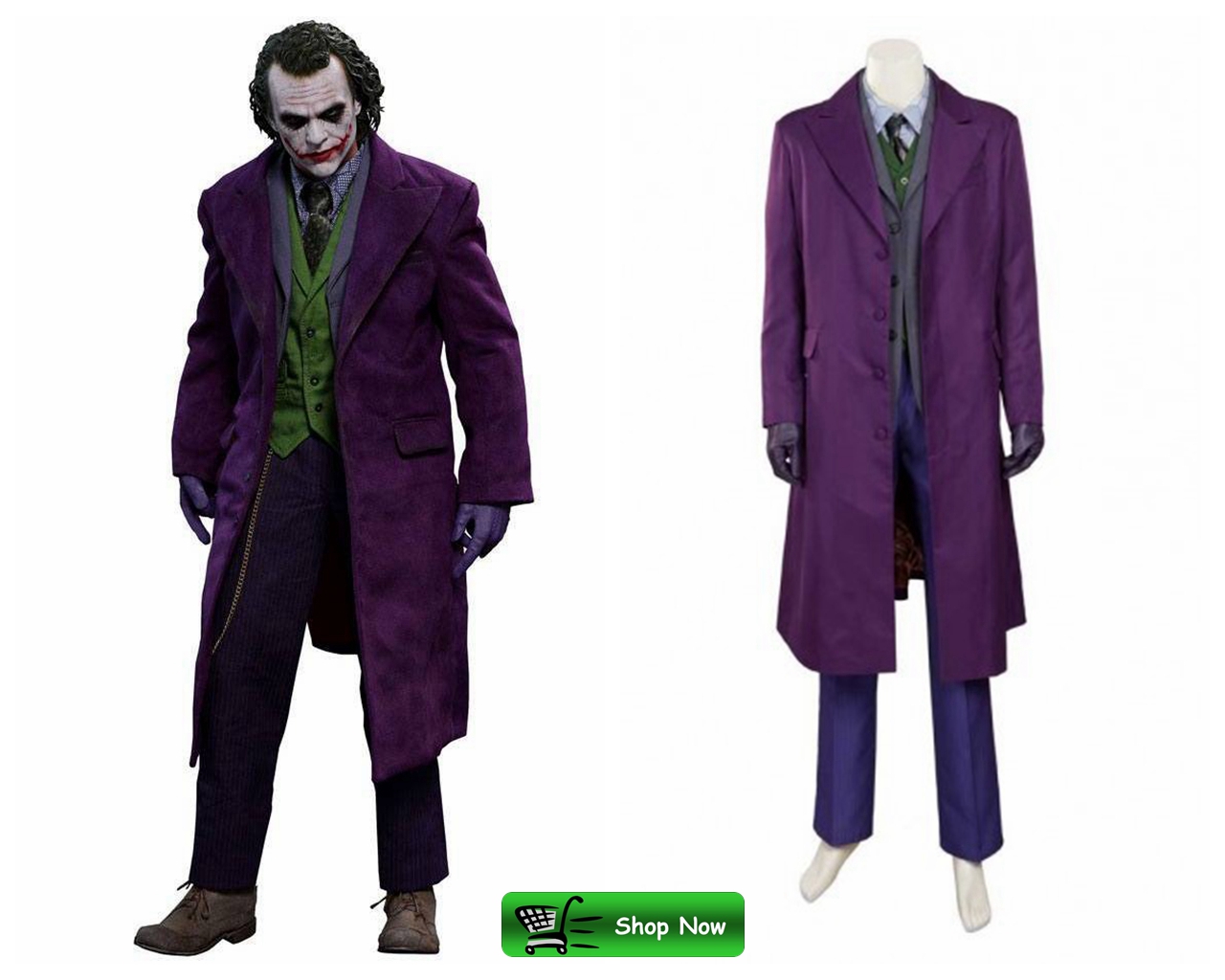 Believe it or not, many people’s cognition for the joker role mostly starts with the movie “Batman: The Dark Knight”, which is 2008 superhero film directed, co-produced, and co-written by Christopher Nolan. In the movie, that Heath Ledger’s fully interpretation of this role make a lot of film fans issue such a feeling after seeing the movie — “No more jokers since Heath Ledger.

As a matter of fact, it’s true. Because since the first appearance of joker starred by Jack Nicholson on the big screen in the cinema in 1989, the character “Joker” played by Heath Ledger in 2018 make the movie win the Oscar award that previous movies which adapted from animation would never dare to imagine. Christopher Nolan’s success in the dark knight trilogy owes much to the Heath Ledger’s excellent acting, in a manner of speaking. 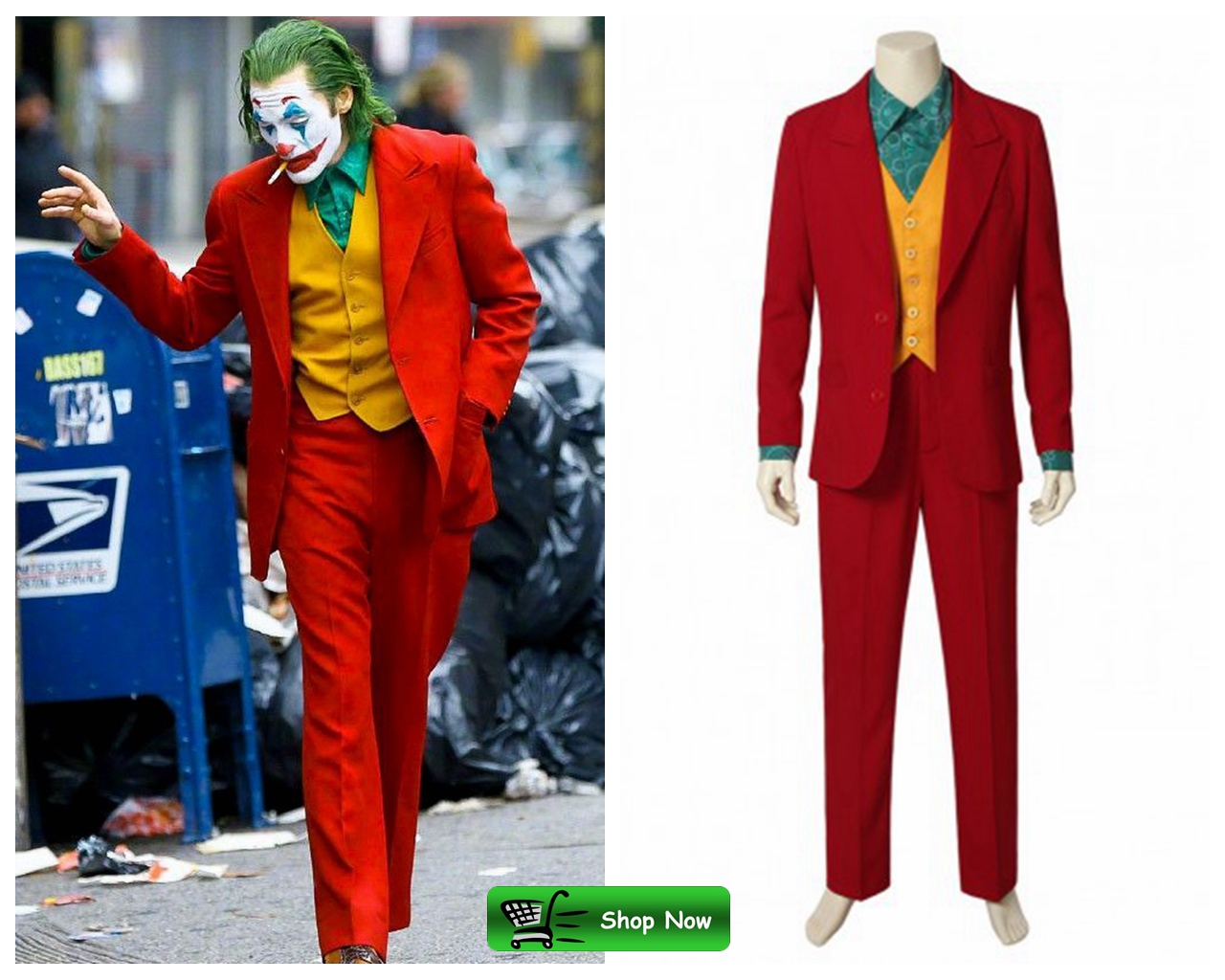 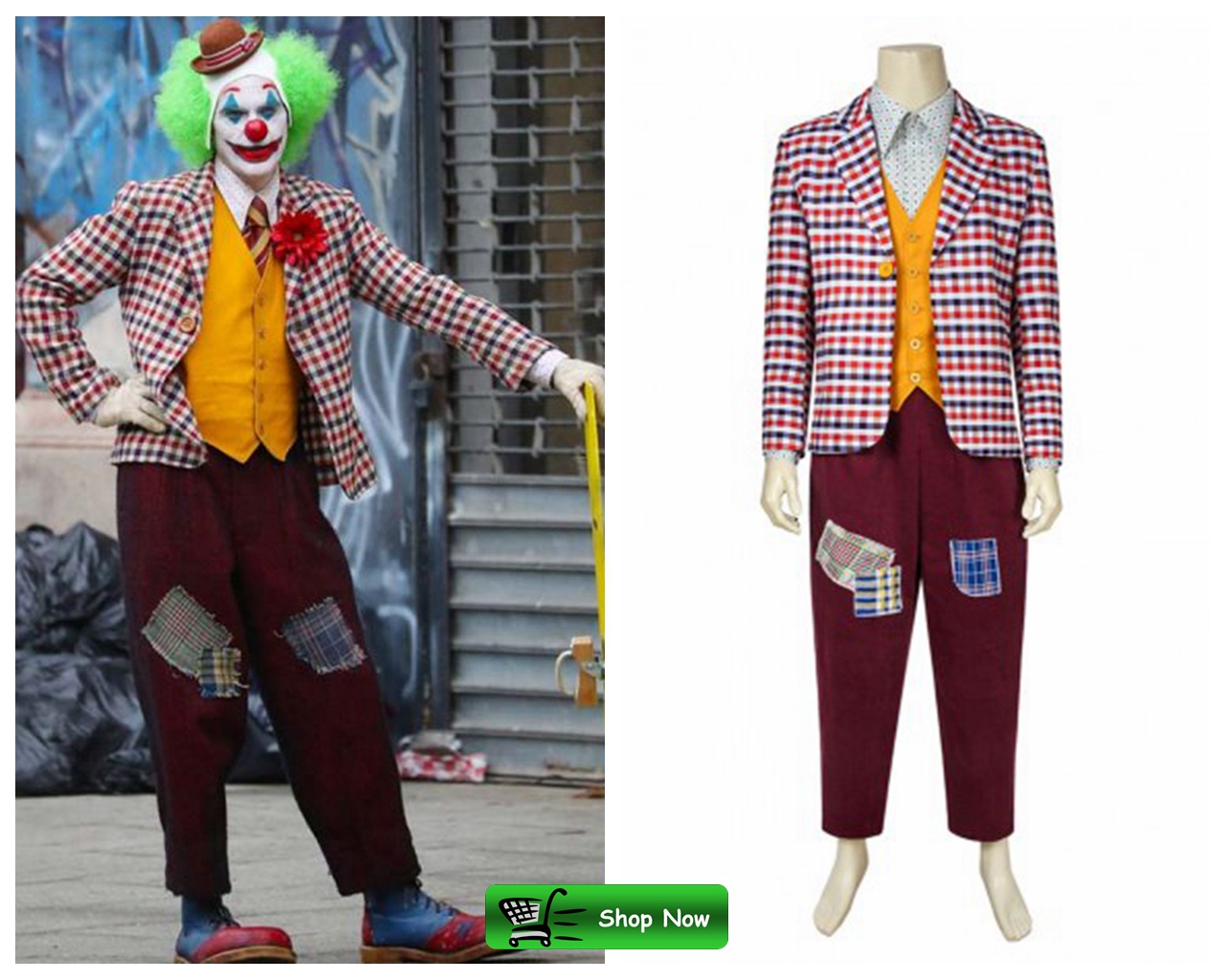 What’s your first impression of Joker?Humorous?Funny?Yes, indeed. I believe that in our minds, Joker is exactly like that. But the Joker played by Joaquin Phoenix bring us a different kind of joker.

Different from the past, this character is really a clown who lives at the bottoms of society, and he’s always bullied and teased by others, at the same time, he laughs unaccountably from time to time. He gradually feels that the world is full of malice against him, as he lives in a constant state of ridicule and neglect. Everyone just focuses on what they care about, being apathetic and indifferent towards other people. Truth be told, I personally think it’s not a really good Joker movie, it mainly talks about the traceable roots of a super villain. The twist of human nature over and over again drives the development of story, and pushes the joker who lives at bottom of society to the abyss of murder crime.

Joaquin Phoenix version of Joker is more like telling why the Joker is called “Joker”, as opposed to the heath ledger’s mature joker. And before the release of Joker (2019 film), I’ve heard that this movie is gonna overturn views towards Joker in DC universe, and create a new joker, now it seems that is exactly what happened. All in all, the new Joker movie nearly takes 2h 2m to tell every audience why joker is the joker.

“I just wish my death makes more sense than my life”

“The worst part about having a mental illness is…..that people still expect you to behave as if you don’t.” 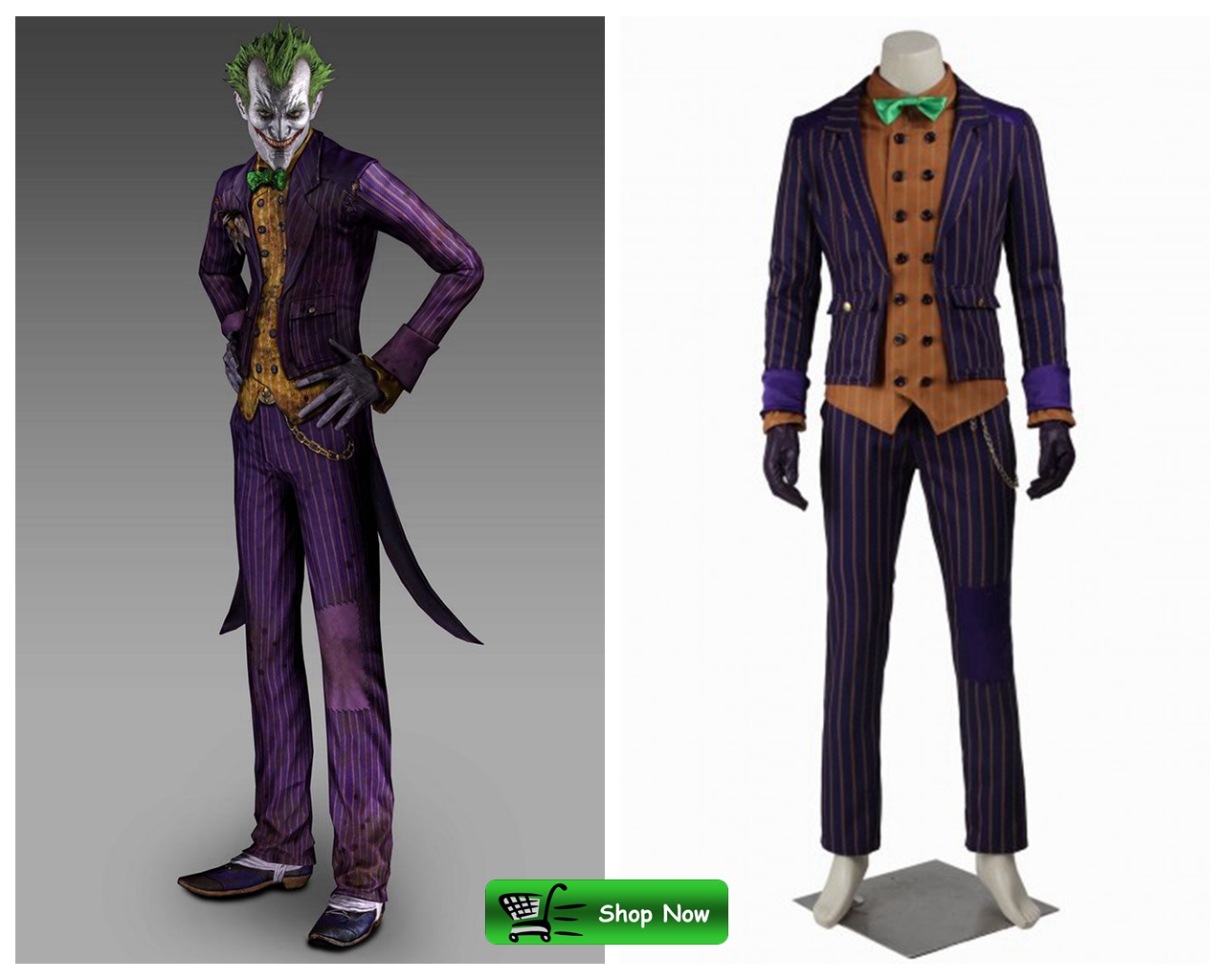 Batman: Arkham Knight is a 2015 action-adventure video game developed by Rocksteady Studios. It is the sequel to the 2011 video game Batman: Arkham City, and is the fourth in the Batman: Arkham series. The game has been released by Warner Bros. Interactive Entertainment for the PlayStation 4, Xbox One, and PC. It was released worldwide on June 23, 2015. The game is the third game in the franchise to be developed by Rocksteady, the team which created both Asylum and City and acts as the final chronological game in the series.

Arkham Knight’s main story follows Scarecrow, the Arkham Knight, and Deathstroke, who have made an alliance on Halloween night, and plan to drown Gotham City in fear toxin and unmask Batman. The game has received universal acclaim but was criticized for the extensive use of the Batmobile combat segments. The PC port was released to widespread criticism over performance issues and technical glitches, eventually leading to the PC version being pulled from online retailers and digital distributors for months. It was even considered to be one of the worst PC ports of all time. On console, the game saw little to no issues upon release.

Love it or hate it, Joker is iconic as a gritty, realistic supervillain movie that explores his descent into a life of crime. So with the approach of Halloween festival, if you still are busy in selecting the last minute Halloween costume, trust me, you don’t need to look any further, there’s no better last mintue Halloween costume than the the Joker cosutme above.

And If you’re interested in any one of these costumes, just go to xcoos to buy it and enjoy fast shipping, by the way, don’t forget to use the free coupons on the site. But, if you still want more practical advice about the Halloween costume, please leave your comment and I will reply to you as soon as I see it.