How Can You Survive in The World of Cosplay With $500 Per Months?

How can you survive in the world of cosplay with $500 per months?I know some of you may feel so attacked right now, but it is a legitimate question, and naturally, it is one in which you don’t have to answer.That is the question that my friend Tom asked me last Sunday.

He told me that he started cosplay in 2010. (Just had turned 18 at that time) and that he was living with his mom at the time. According to him, he was given a monthly allowance of 400-450 dollars, obviously not enough for decent cosplays, thus he was required to save at least half of the money for months…in order to afford a few cheap cosplays. (Yay for Ebay bought cosplays during that time and not knowing anything about make up.)

He narrated further that whenever he wanted to do new cosplays, he has to sell the old cosplays (I’ve done and sold over 25cosplays, he said.) and bought new ones.Years later he got a job….and thought he could finally afford to mindlessly spend on cosplay.
NOPE!!

He moved out of his mother’s apartment and got a nice one bedroom apartment with his boyfriend. Rent and Bills eat up majority of their money, and whatever is left goes to food, dog, and a little entertainment each month. He found himself longing to get back into cosplay and eyeballing his credit cards. Currently at the moment, his boyfriend and himself are cutting out small enjoyment in order to afford to do possibly one or two small cosplays for a con coming up in a few months….even now he feel guilty for even doing this, as he feel like his money could go to more important things, he finally said. We don’t have the skills to make stuff ourselves. XD

How do you afford it? Parents give money? 2 jobs? SSI? Still living at home and thus can afford these things? “As a cosplayer, I count it as a personal favor. When I start the hobby, my situation is similar to him.And I’d love to share my experience with you –cosplay lovers.

One of the main reasons I started offering commissions was  that I could have a bit of extra spending money for bigger costumes like Lulu. But commissions are not the only way to recoup costs and fund future projects. Here are a few other ideas:

There are websites that let you earn money by doing surveys, I use MySurvey. You do surveys for them, they give you points and you can use those points for gift cards for different places or even Paypal. For example, in the last 3 months I’ve made about $40-60 doing the quick surveys, it’s not a lot but hey, it’s $40 more than I had before!”

Some cosplayer even suggest to sell plasma,but that might cause a whole lots of harm to your health,so I will advise you don’t try it.

Budgeting for cosplay is something that has come up a lot in my feeds recently. Con season is quickly creeping up on us, and I am seeing a lot of new people express anxiety over the potential cost of getting into this hobby. Believe me, I get it. Cosplay can get expensive, especially when you do big, detailed builds. But it doesn’t have to be! This hobby is what you make of it. Even when you do go for those huge builds, there are ways to keep your bank account from crying . Here are a few tips and tricks to cut your costs down:

Half the budget is the costume itself. Shop smart. Making it yourself is much cheaper up to a point -you can cut the budget by not KEEPING pets or sacrificing other hobbies.

By making smart choices with not only your required expenses but your additional expenses (entertainment choices, cell phones, pay-to-play internet games and website privileges, etc) you may find that you can save money which then goes into cosplay.

Never underestimate the power of a yard sale. If you also need moolah, you could also throw one to bring in the money. But they sell tons of clothes and stuff you could alter for a costume for a cheap price (unless the sellers are a bunch of jerks who want to squeeze every penny out of everyone because they throw a yard sale every week but that’s another issue).

4.Buy Quality Costume rather than Cheap

Quality costumes last longer for the money you spend, they are more comfortable, and they make you look and feel pretty good while you wear them. Best of all, you can find quality anywhere. It comes down to buying less mediocre stuff and using that money on a few nice things that last forever.

Generally speaking, cheap, throwaway clothes are not cheap in the long run. Poorly made clothing with thin material wears out faster and requires you to spend time and money repairing or replacing it. The key is not to spend more on clothes across the board, it’s to spend a little more on a few nice items and not butt-loads of crappy items. You can try to buy it Xcoos.com, we provide you so many high quailty tailor made cosplay costume,like Overwatch costume, Assassin’s Creed costume and Star Wards and so on. With 6 years of online experience, we have detailed know-how regarding all body types. We aim to achieve the best fit for you personally, providing the most satisfactory online tailor-made costume shopping experience.

All our garments are tailor made from scratch. After receiving your order and product information, our tailors begin working to create your piece.Our tailor handwrites your sizes over the fabrics before cutting. No garment is the same as any other.

You can use recyclable items such as cardboard boxes, soda cans, foam, and so on to make a thousand different weapons and accessories. Go on YouTube and you’ll find hundreds of videos for how to make Transformers and Ironman costumes out of cardboard and foam. Shields and swords can be made with just foam and spray paint.

Plan in advance: At the beginning of the year, I made a list of the costumes I want to create. It’s always subject to change, but for the most part, I stick with my list, since deviation from the list normally means extra $$$. Doing this helps me plan out when I need to buy materials and how much work I’ll need to do on my costumes. That second part is just as important as money to me, since I plan my more intense costumes around non-hectic work time (*cough* Lulu *cough*). You can also plan around sales to get things cheaper. We’ll touch more on that in just a moment. 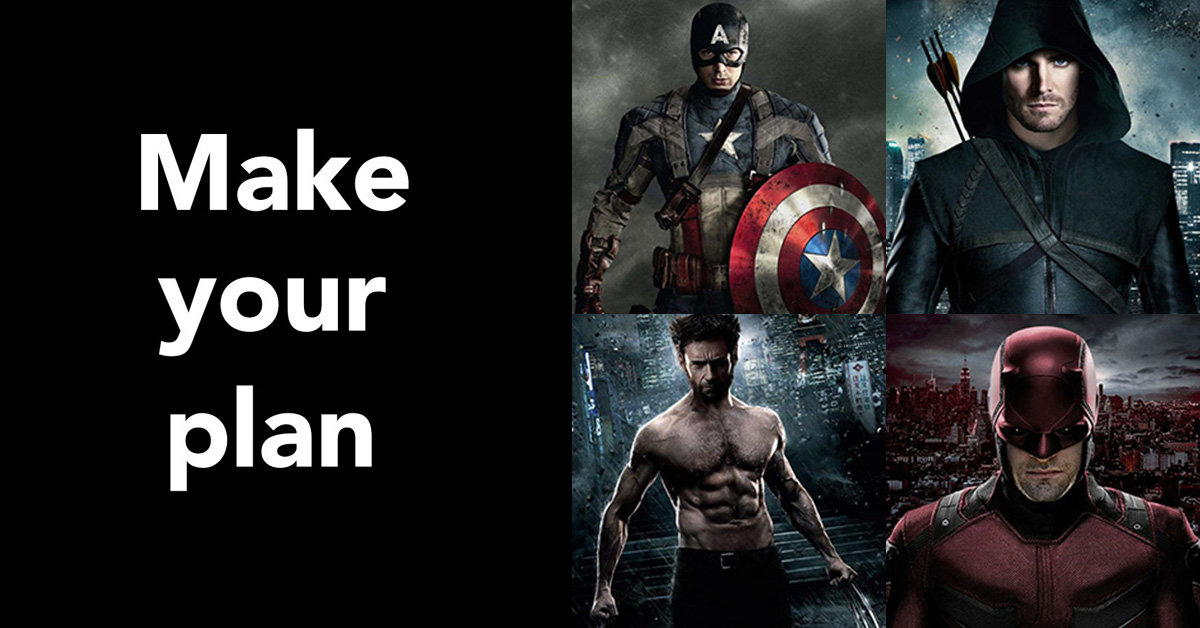 Reusing costume pieces is one of the easiest ways to cut down on cosplay costs. For example, high quality wigs can get pretty costly, so I try to do different variations on characters. My good Rogue wig, for example, cost about $80 to make, so I get as much mileage out of it as I can. I’ve worn it for my Kotobukiya, casual, and Marvel Now! Rogue.

Same goes for my Princess Jupiter and Ms. Marvel variants. Both of those costumes happened since I already had a large amount of materials on hand, making my “total” cost for each of those costumes around $75. Definitely cheaper than my Sailor Jupiter!

Cosplay can be a great hobby, and sometimes people even manage to make a living off of it. Don’t be afraid to get out there and try. Even if your project does not turn out exactly the way you’d have wanted (the first one rarely does), or if people make rude comments about how it does not fit canon or something otherwise asinine, it’s not about being perfect. It’s about having fun in bringing your favorite character to life.

1 thought on “How Can You Survive in The World of Cosplay With $500 Per Months?”