Tips for Getting Right Look On Spiderman Cosplay

Spiderman is definitely one of the most puplar superheroes in the world, his iconic costume has already left deep impression on many people. Nearly every coser has ever cosplayed the spiderman at least one time, and a lot of fans of sipderman would love to show their love and repsect for Spiderman through wearing his costume, but as we know, there’re three actors who have played spiderman, and he is currently being played by an English actor, Tom Holland, but before there was Tom, there were Andrew and Tobey. All these three actors wore different types of suit which varied in multiple ways even if the base colors of red and blue were the same, so when we plan on cosplaying the spiderman, we must attach importance to the details of different version of costume to avoid wearing the wrong costume that is opposite to our original idea. So today I’m going to recommend 9 different versions of spiderman costume which makes your spiderman cosplay more stylish, sleek in the crowd. 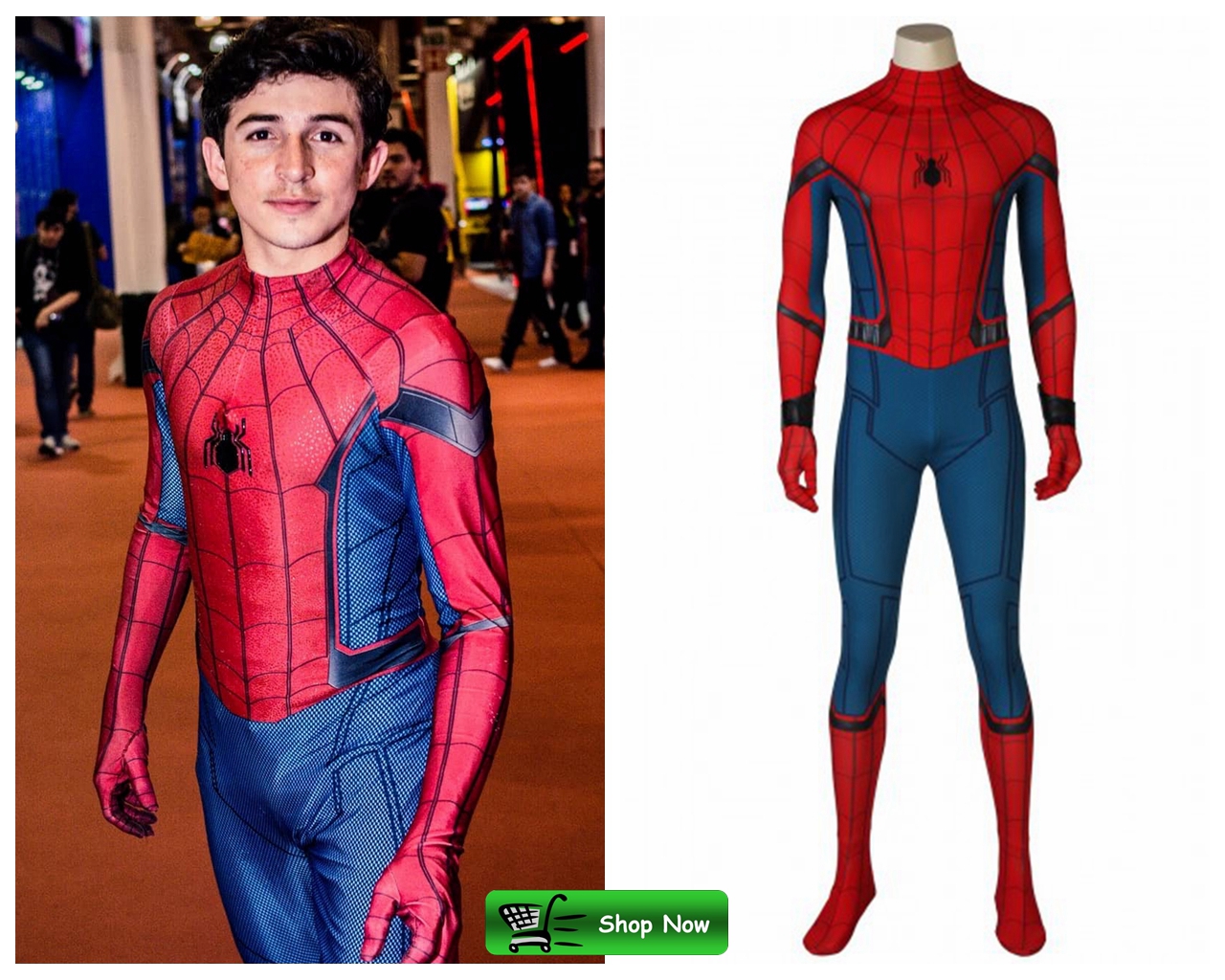 This Spider-Man costume is a specialized suit used by Peter Parker to protect his identity as Spider-Man. Originally consisting of a red hoodie with a spider symbol, blue pants, a blue shirt, and a red mask with black goggles to help him focus his senses, the suit received a “minor upgrade” from Tony Stark for Parker to use during the Clash of the Avengers. Stark allowed Parker to keep the suit after the Avengers Civil War. 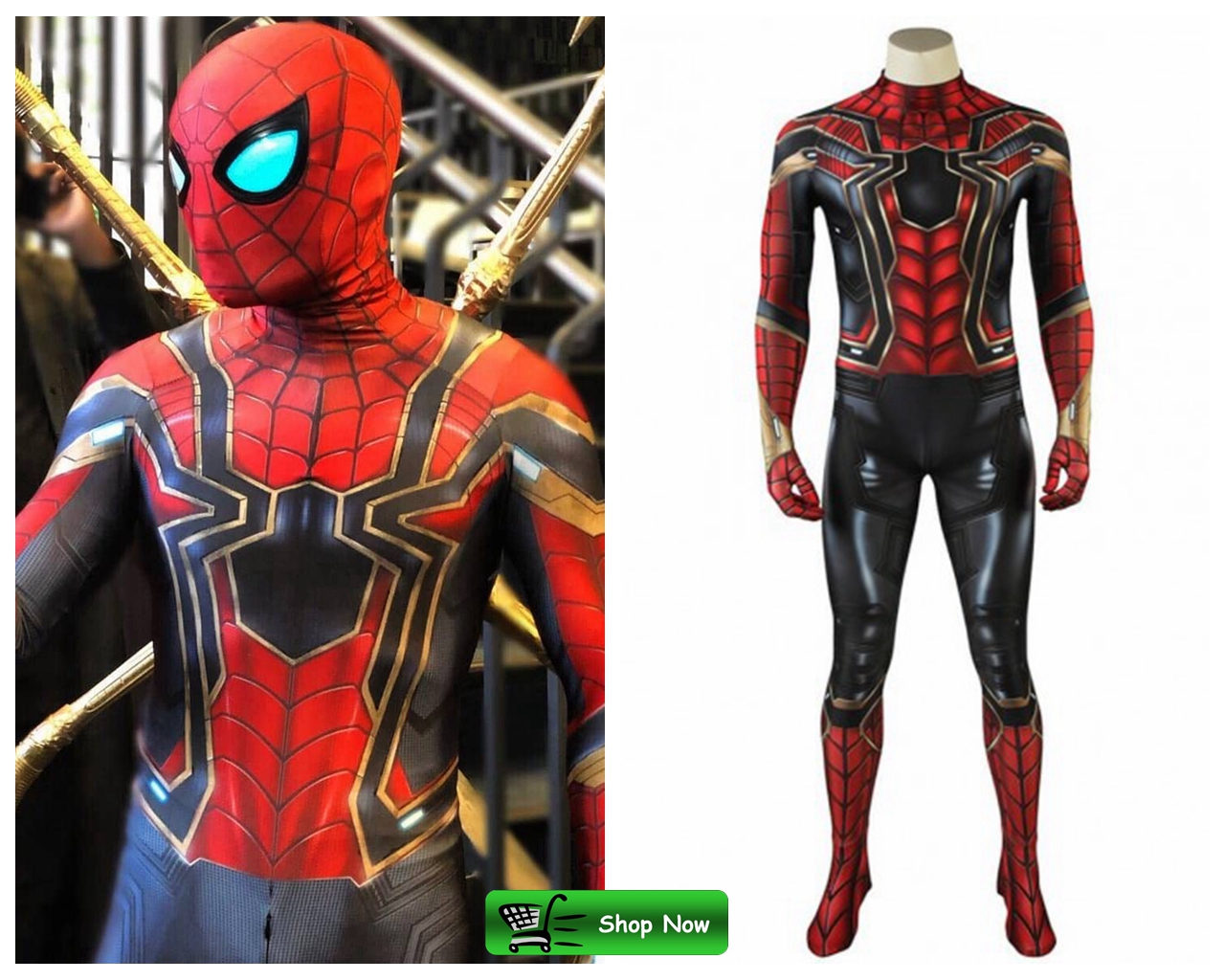 Item 17A, also known as the Iron Spider Armor, is a suit designed and built by Tony Stark for Peter Parker to use as an Avenger. It was presented to Peter after he prevented Vulture from stealing equipment from a Stark Cargo Plane. After initially rejecting the suit when offered to him by Stark, Parker was eventually given the suit to save his life when he got too close to the edge of the atmosphere on the Q-Ship and used it to help with the pursuit of Ebony Maw and Doctor Strange, and later during the Battle of Titan. When Spider-Man was resurrected by Hulk in 2023 after being killed during the Snap five years before, Parker wore the armor during the Battle of Earth. 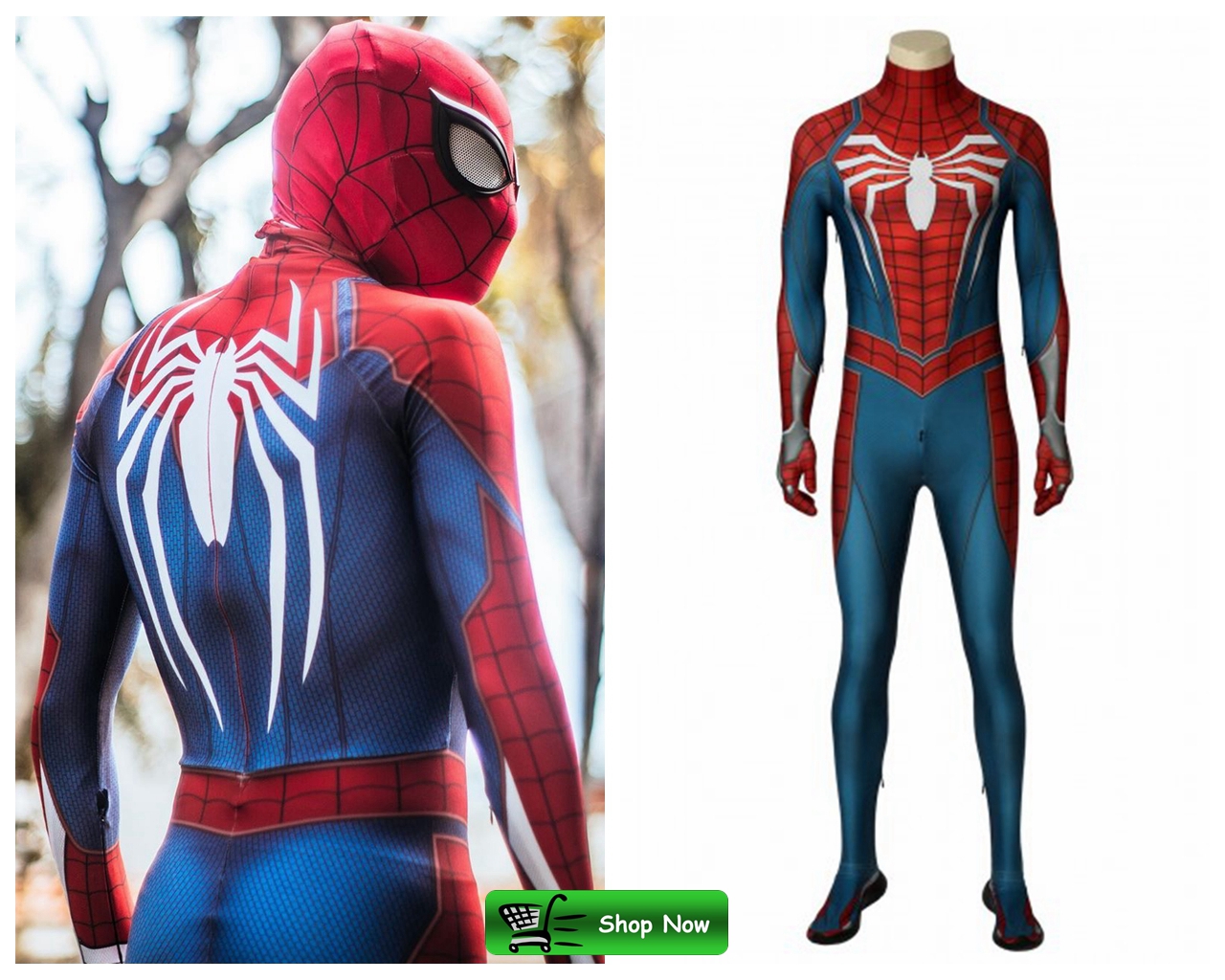 The Advanced Suit is Spider-Man’s primary suit in Marvel’s Spider-Man. It is unlocked through story progression, and costs 1 Backpack Token and 2 Crime Tokens. Peter Parker makes this suit after the Classic Suit becomes damaged in the opening sequences of the game, with Dr. Otto Octavius providing the plans for the suit in the mission Something Old, Something New. It comes with the Battle Focus suit power. Designed exclusively for Marvel’s Spider-Man, the Advanced Suit is an original suit created by Insomniac Games in an attempt to modernize the design of Spider-Man’s costume while also paying homage to the original design. It is Spider-Man’s default suit that he crafts and wears for a majority of the game’s story.

New Spider Suit From “Spider-Man: Into the Spider-Verse” 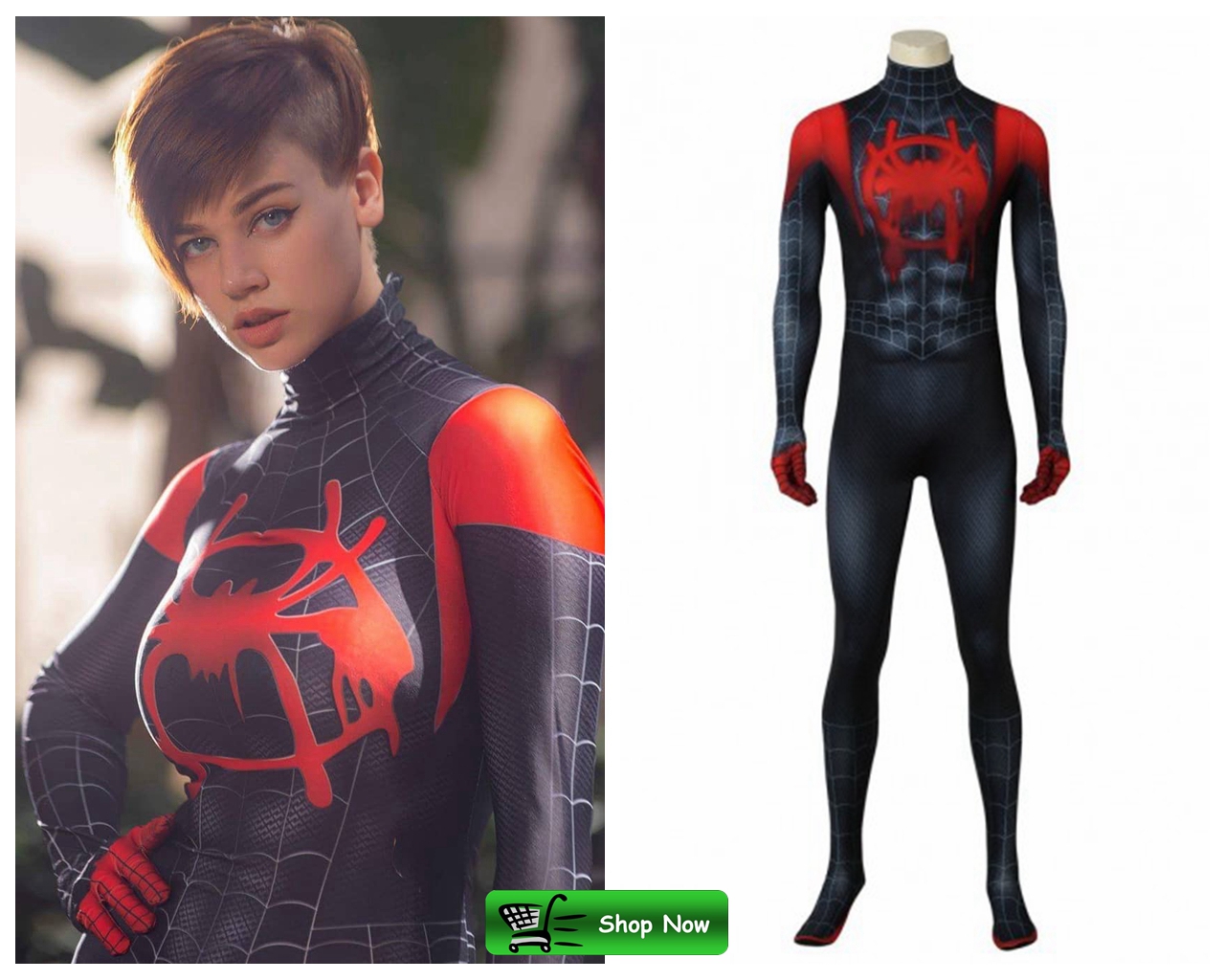 A new Spider costume which belongs to Miles Morales, a teenager hailing from an alternate dimension, who becomes Spider-Man following the death of his world’s Peter Parker.

Spider-Woman Suit From “Spider-Man: Into the Spider-Verse” 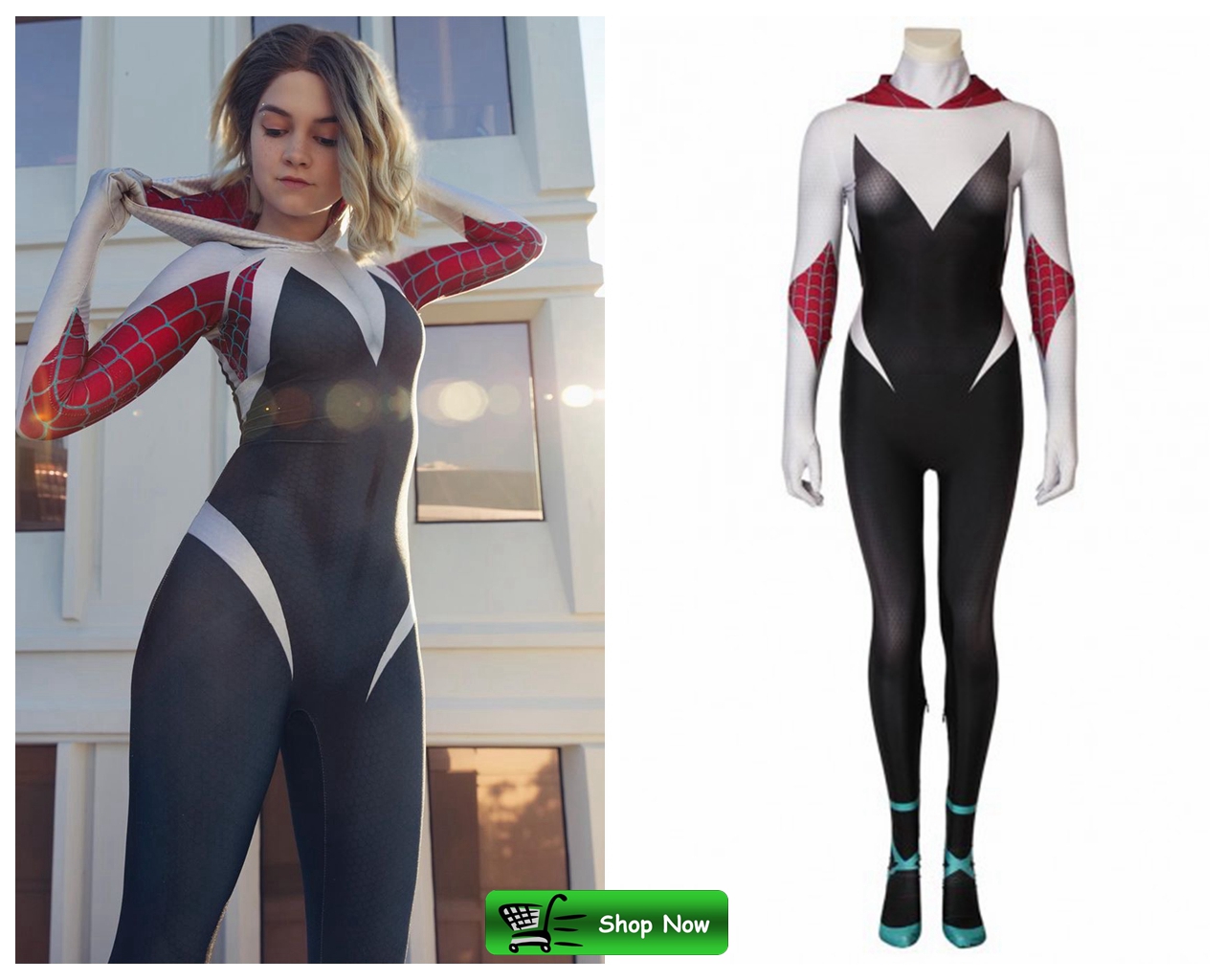 Gwendolyn “Gwen” Stacy is the teenage superheroine known as Spider-Woman. She is a friend of Peter Parker, the original Spider-Man; albeit being a far younger counterpart to him who became the Lizard.

Classic Spider Suit From “Spider-Man: Into the Spider-Verse” 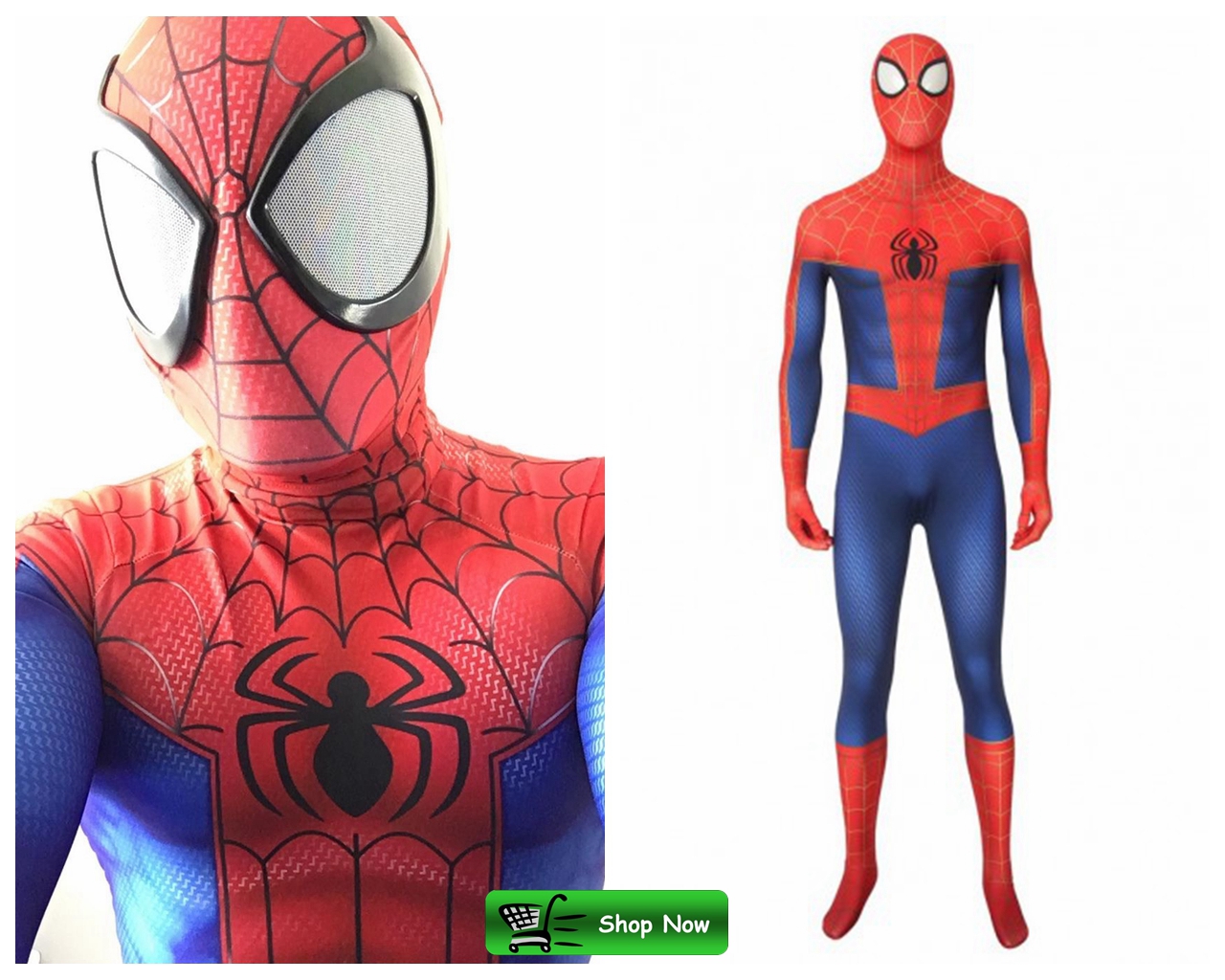 Based on the suit worn by Peter Parker in the movie Spider-Man: Into the Spider-Verse, this suit is very heavily based on the Classic Suit, red and blue highlights and all. Unlike most other suits, however, it alters the physical build of Spider-Man to match his appearance in the movie. It also features the same expressive eye lenses as the Vintage Comic Book Suit, changing shape to emote rather using shutters. The eye lenses are also much larger than on most other suits, and the colors are noticeably brighter. The suit has no associated suit power. 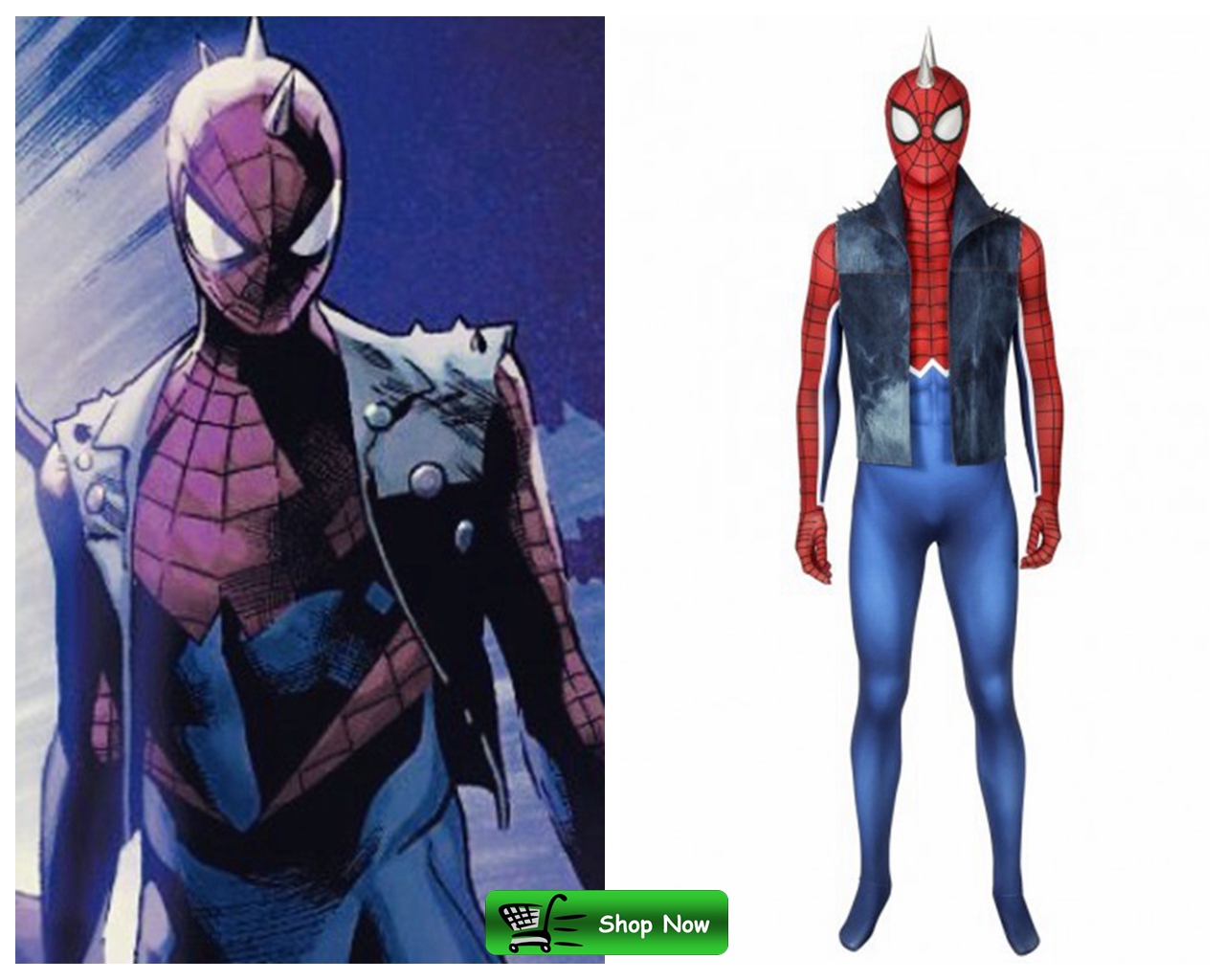 The Spider-Punk Suit is a suit players may equip in Marvel’s Spider-Man. It is part of the Spidey Suit Pack pre-order bonus for the game that grants players instant access to three different suits. For players who did not pre-order, the suit is unlocked at level 13, and costs 2 Backpack Tokens, 3 Crime Tokens and 2 Landmark Tokens. It comes with the Rock Out suit power. 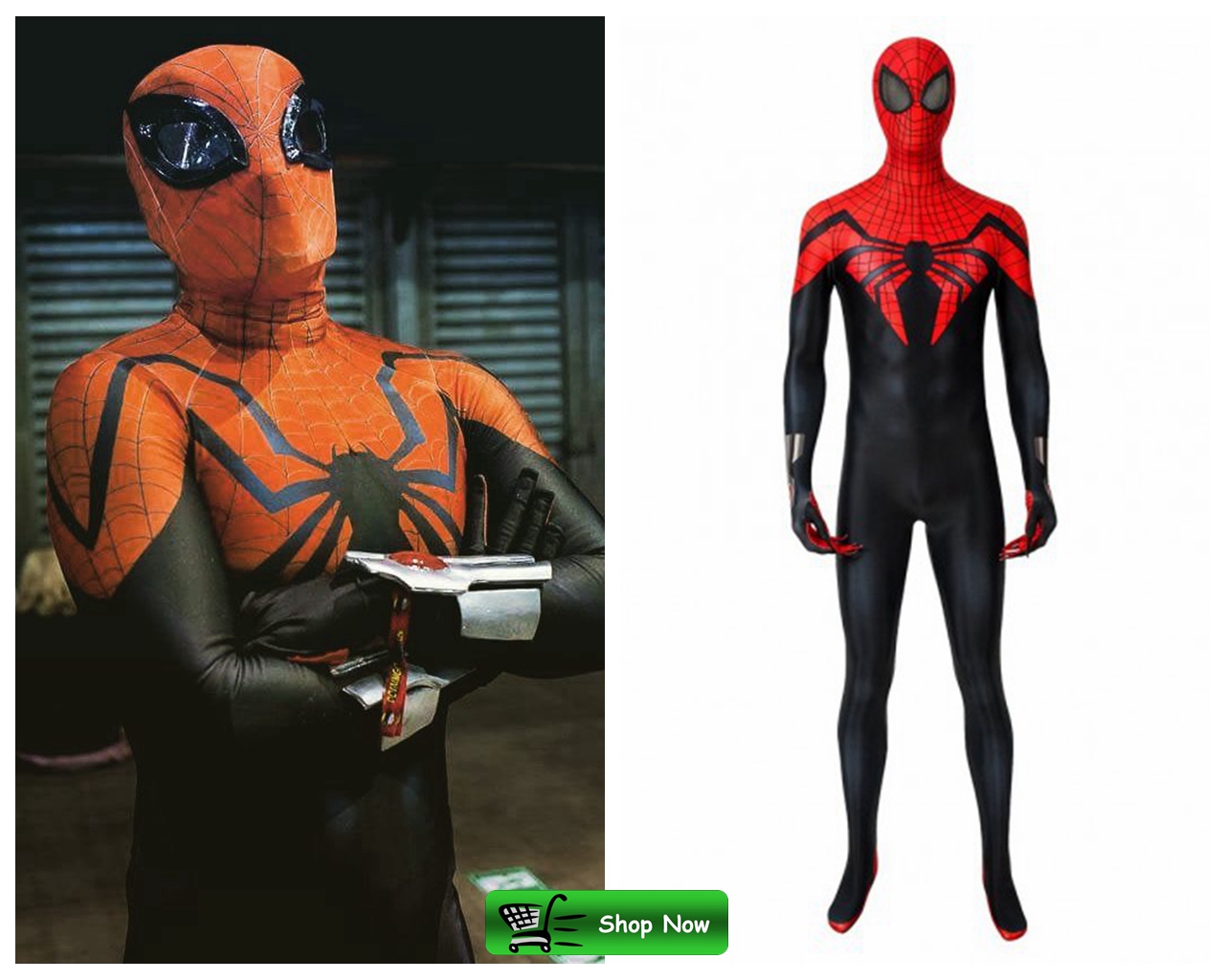 In the Superior Spider-Man series, Doc Ock becomes the new Spider-Man after fusing his mind with the body of Peter Parker. We know, it’s complicated but hear us out. Doc Ock, wanting to turn over a new leaf and reform himself, takes up the mantle of Spider-Man with some pretty impressive improvements. The gloves and boots have retractable talons, the web-shooters are vastly improved, the web fluid is stronger than ever, and the suit comes with a pair of robotic spider-legs. The doc truly outdid himself with this much-deserved upgrade. 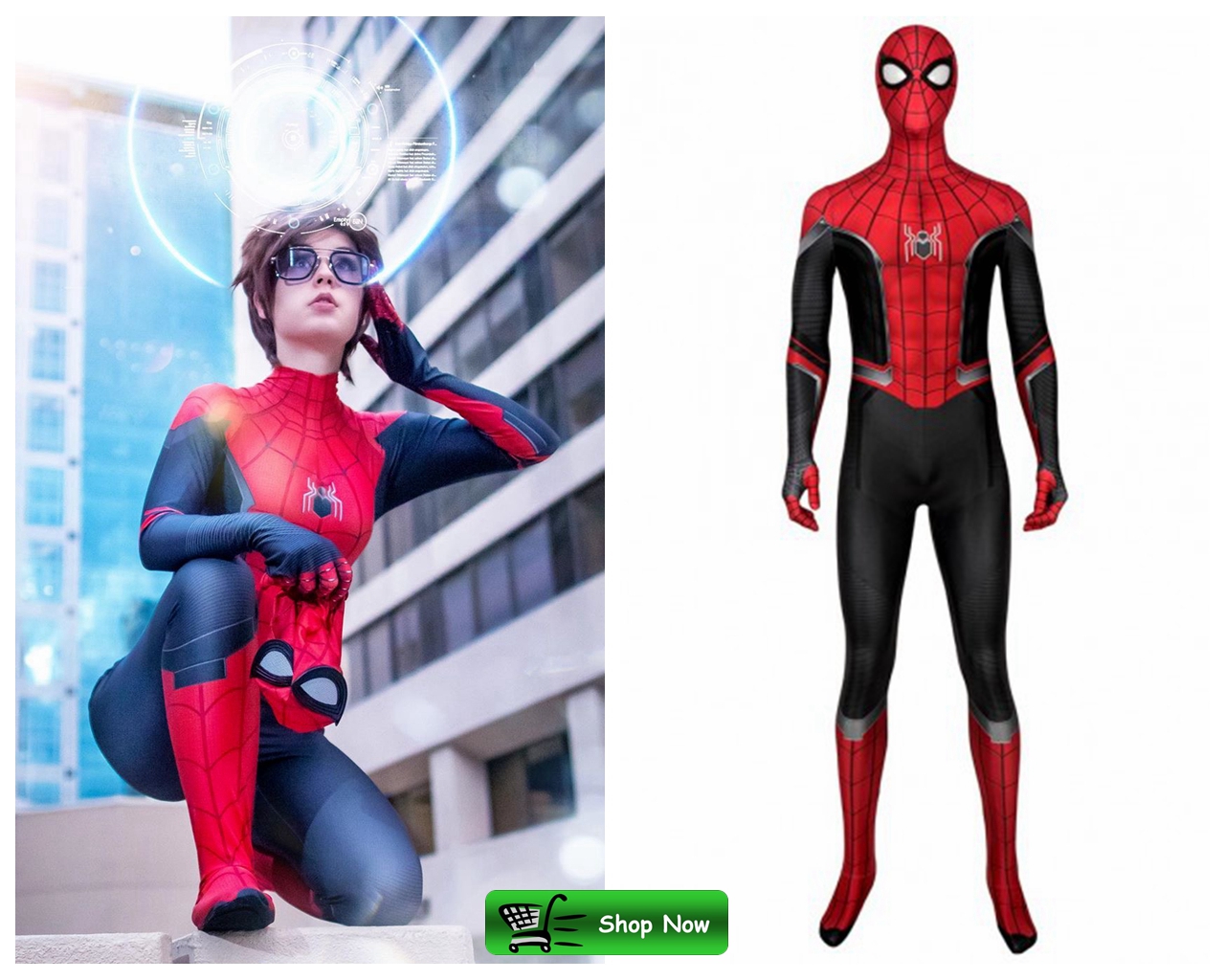 The new formal addition to the Spider-Man oeuvre is the red-and-black suit, which Peter makes on the Stark Jet late on in the film for the final battle in London and keeps when returning to New York. Webbing between the shoulders and arms allows Peter to glide in the air, but other than that no other new additions are made clear.

Hope you can like these 9 spiderman costume ideas, I truly believe that a great spiderman cosplay can’t be done without right and high-quality spider-man costume, if you’re in need of a spider man cosume right now, just go to xcoos to buy one, above all, many spider man costumes are on sale, and don’t forget to get coupons to buy it at real low price.