Spiderman, until he got wise and realized what was up and separated himself from it. Then the Symbiote went on to merge with other hosts, most notably Eddie Brock, its second and most infamous host, with whom it first became Venom and one of Spider-Man's archenemies. So now you can wear this black and white T-shirt, which is very special! At least it is for us…for Venom,super cool T-shirt !

This black Venom Suit Symbol Costume Spider-Man Marvel Comics Adult T Shirt was designed from Venom featuring Marvel dark, the white spider logo on the chest design inspired by the spider-man 3 when the Venon parasitic in the body of Venom and then turn to be a balck Spiderman.It made by 100% Cotton which not only comfortable for you to wear but also breathable and wicks away moisture.It is not fade color and can washed by machine. 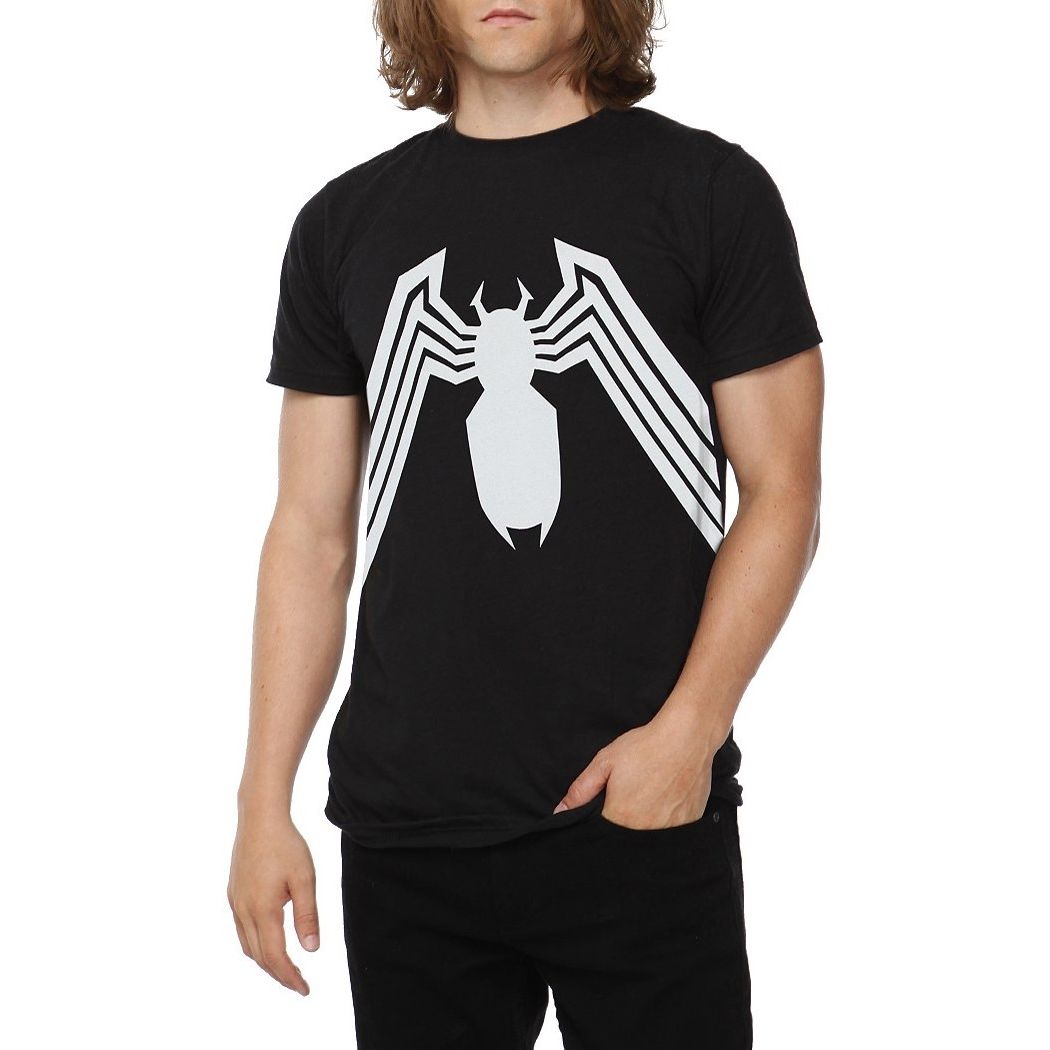 Be the first to write your review !

Has no content to show!
LATEST COSTUME UPDATE EVERY WEEK, FAST SHIPPING TO WORLDWIDE!